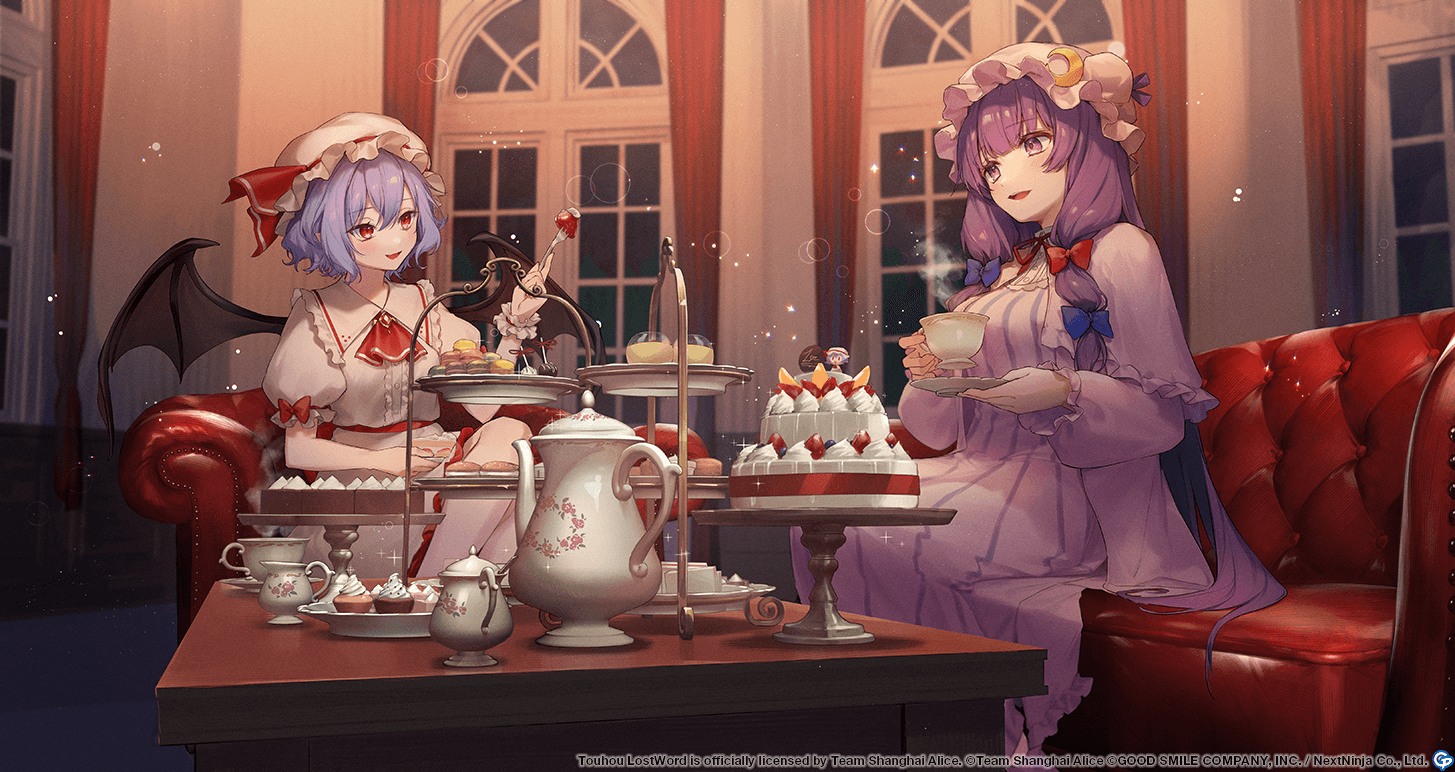 Story 1
Gensokyo is abuzz because of the preparations for the annual ceremonies. The Scarlet Devil Mansion is also very busy. Sakuya has taken charge of decorating, cooking, and preparing the invitations, and things are progressing smoothly. Remilia watches over her progress with a cup of tea in hand and a look of satisfaction on her face.
Story 2
At first, they were certain that they would be the first to begin celebrations, but then they realized that they didn't have enough sweets! No matter how many ingredients Meiling bought or how many sweets Sakuya made, they continued to disappear. The Detective of the Scarlet Moon, Remilia, is on the case, just when they need her most (but in reality, this is a way for her to kill time until the ceremony starts).
Story 3
Could it be the fairy maids pinching food, or an intruder from outside, or...? Remilia heads to the Great Library underground while thinking over any and every possibility. There, Patchouli is chasing Marisa around again. "Shall I apprehend the thieving rat first?" Remilia says with a smile as she brandishes her Spear the Gungnir.
Story 4
Remilia successfully apprehends her, but Marisa says that she doesn't know anything about any sweets. "What could this mean?" she thinks, then she spots Flandre running in the hallway carrying sweets. Remilia and Patchouli give chase and... end up at Remilia's room. They peek inside and find a tea party lovingly prepared just for them by Flandre and Koakuma.
Story 5
Remilia and Patchouli explain the situation to Sakuya and Meiling and enjoy the tea party without any further problems. In fact, they ask Sakuya and Meiling to prepare even more sweets for the occasion. In stark opposition to the busy kitchen, the tea party is calm and distinguished. The girls' laughter echoes throughout the mansion on the eve of the memorial ceremony.

Evil bones team
So I recently counted how many bones i needed and found our that I needed 2000 evil…
Castoria/Caster Artoria's command codes recommendations
Hi, since Castoria’s arrival in NA is very soon, I would really appreciate…
Servant Planner broken?
Is the servant planner busted for anyone else? All my servants except Mash got wiped…
Interlude Campaign: Part 13 Discussion
Hi! I haven’t seen a thread for discussion of the new Servant Interludes, so I thought…
Busti's Stall Diary Chapter #500: Woah, we're halfway there
Well, who would have thought that we would ever get this far when things started? Half…
Read More