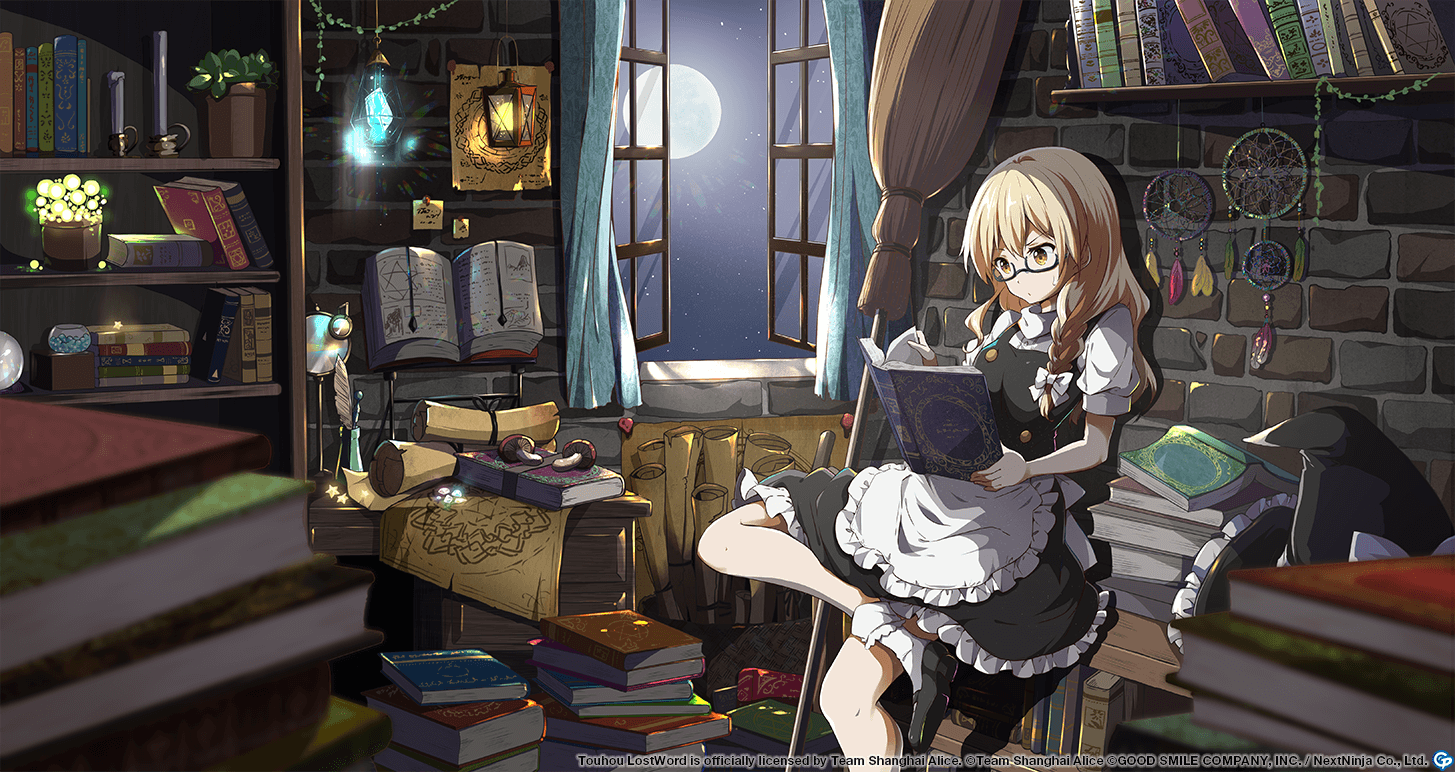 Story 1
Marisa is a human, so she needs to put in a lot of effort to be able to use magic as well as she does. While many people think that magic does not have any secret sources or tricks, all of Marisa's magic is homemade and handcrafted.
Story 2
Magicians in Gensokyo are not humans—they are a species of youkai called magicians. There are two kinds of magicians: natural-born magicians and magicians who used to be human. For now, Marisa is just a human who can use magic.
Story 3
A simple way to explain magic would be to call it an artificially created miracle. However, the method of creation varies between magicians. Some may build devices with magical mechanics, while others may make a magical contract that lets them use magic.
Story 4
While in theory you can do anything with magic, time is finite, which means that it might be impossible for a human to accomplish all of their goals. That is why a magician's first goal is to achieve immortality. When they are free from the limitations of time, they are suddenly capable of so much more.
Story 5
If you are a magician, you will grow to love research. All magicians will eventually lose to their curiosity and subsequently lose sight of their goal. Even if you have a long life, it does not necessarily mean that you will be able to reach the ultimate magical theory. However, this might not be a concern for Marisa.