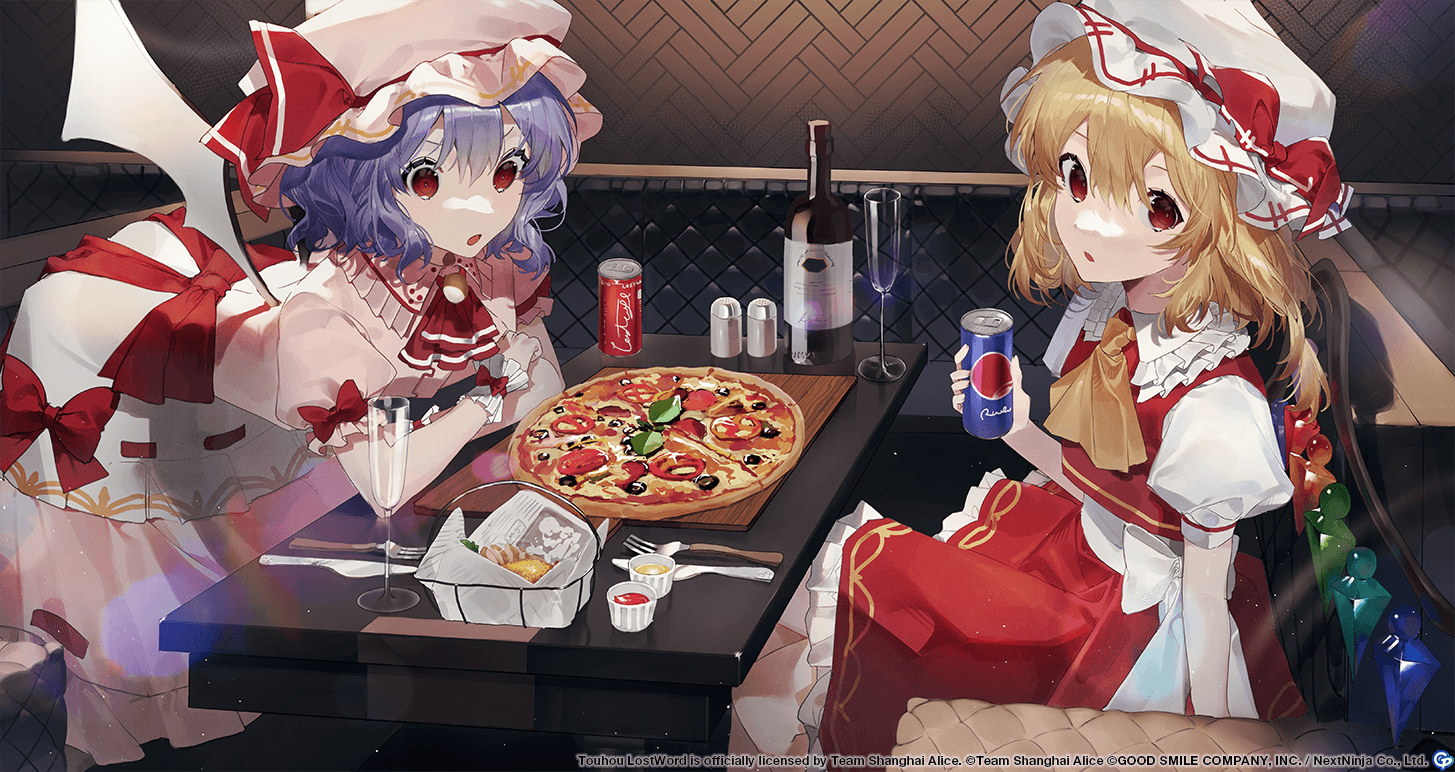 Story 1
Remilia Scarlet is the older Scarlet sister and the master of the Scarlet Devil Mansion. Today, she heard a rumor about a "Social Club for the Ladies" and decided to go there with her sister Flandre. As soon as they sat down, she boasted about what it is to be a lady, such as to "look sharp" and "always act promptly." She continued to give her sister questionable and confusing advice long into the night...
Story 2
Flandre Scarlet is the younger Scarlet sister and used to confine herself to the Scarlet Devil Mansion. Today, she was taken by her elder sister Remilia to the "Social Club for the Ladies." She tried listening intently to her sister's advice but didn't seem to get what she was saying, so she started shooting questions.
Story 3
The term "Social Club" refers to a gathering of people who come together in order to communicate through gourmet, hobbies, or banter. Social Clubs can be held in various forms and scales such as in a garden, store, or ballroom. The "Old Desire" run by Seiga is a "Social Club for the Ladies" where people come to drink, eat, and chat about their problems. Apparently, it is essential for a lady to have a "dignified appearance" and to be "conscious of her dignity."
Story 4
Remilia eventually started to get stuck in answering her sister's barrage of innocent questions. Her strategy of using Shiri-Cola as an incentive to buy time to think couldn't last much longer. As she pondered over what to say, a comfortable sliding sound attracted Flandre's ears and mind, saving Remilia.
Story 5
The Scarlet sisters stared transfixed toward the glass that slid on the counter. Ahead of their gaze was Seiga with her refined movements and dignified appearance―the epitome of elegance. Remilia's praise of her as a true lady didn't reach the excited Flandre's ears. "I want to see that again!" declared Flandre cheerfully. Seeing the two sisters' reactions put Seiga in a good mood. So as soon as she received an order, she started to shake her cocktail shaker and show off her skills as an entertainer.