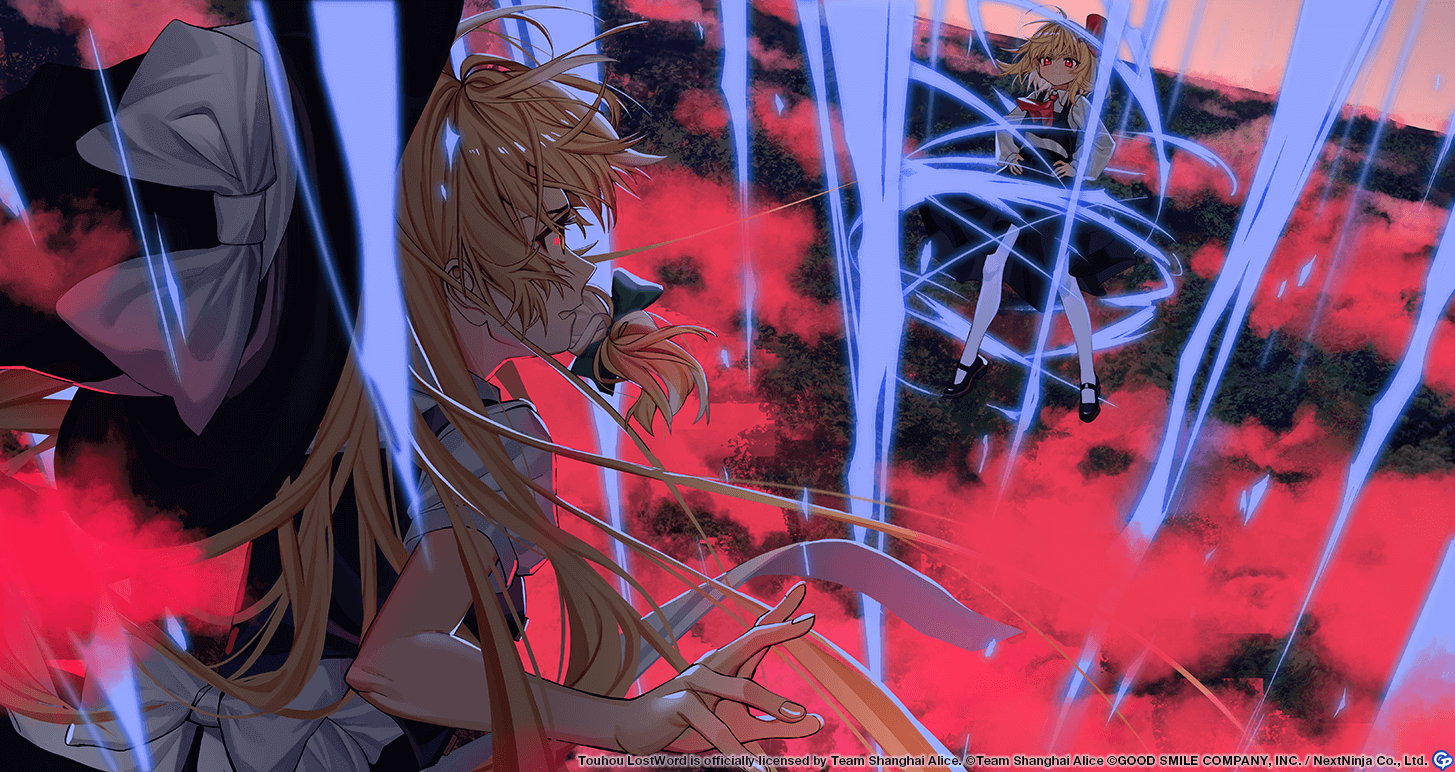 Story 1
Marisa Kirisame is an Eastern magician who takes a Western approach to magic. Suddenly, Gensokyo found itself covered in a scarlet mist. Marisa set off as she thought the shrine maiden of Hakurei Shrine would do the same thing. Perhaps she went in search of something valuable?
Story 2
Rumia is the youkai of twilight, and the one that stood in Marisa and Reimu's way. The ribbon in her hair is actually an ofuda, and she is unable to remove it.
Story 3
A mastermind is one who acts fom the shadows giving orders and coming up with plans. Reimu and Marisa were searching for the perpetrator of the plan to cover Gensokyo in a scarlet mist deep enough to blot out the sun and turn a warm summer into a cold one. So when someone blocked their way, they entered a battle of bullets, even though Rumia only has the power to manipulate darkness...
Story 4
Rumia was the one who appeared before Reimu and Marisa during the Scarlet Mist Incident. In truth, she had nothing to do with the incident, but she faced them with such confidence that she was mistaken for the perpetrator.
Story 5
In the world of Touhou LostWord, Rumia can often be seen with Cirno and the other fairies. She can also be seen floating about at all hours of the day and night trying to eat humans. Because you have some form of protection around you, she can't eat you. She is a friend that you spend time with.