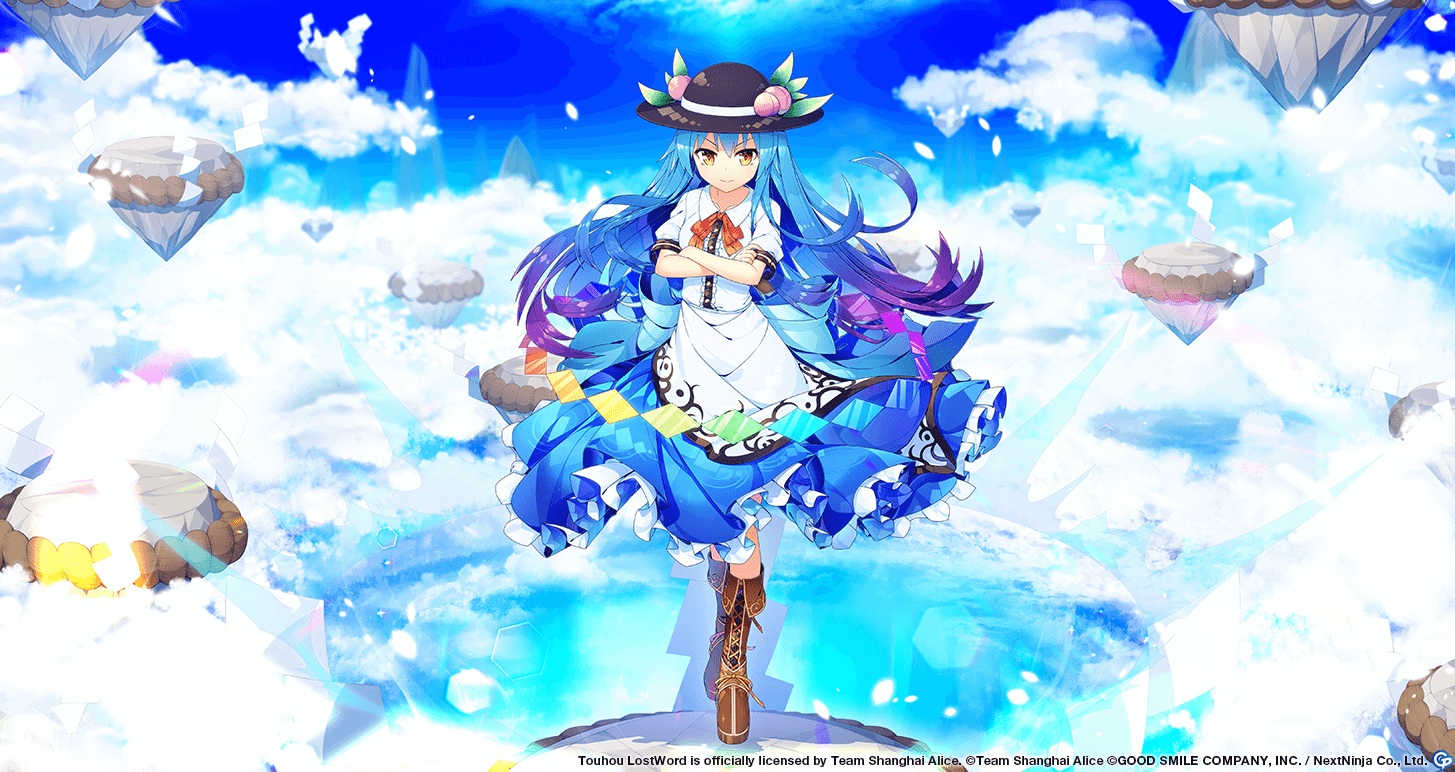 Story 1
Tenshi Hinanawi is a brash celestial living in Heaven. When she was human, she was called Chiko Hinanawi. Her parents were servants of Nawi no Kami, so when they became celestials, she did as well even though she was very young. After becoming a celestial, her name changed to Tenshi.
Story 2
Celestials live long lives and have durable bodies. They get their long lives from their ability to fend off shinigami that come for them. They are not immortal like the people of Hourai. It is said that they increase their strength by eating food from Heaven.
Story 3
Hermits and celestials are visited by shinigami because they are extending their life spans. The hermits and celestials believe themselves to only be living slightly longer than normal, while the shinigami have determined that they are unjustly extending their lives. Should Seiga or Tenshi be unable to forcefully repel the shinigami, then...
Story 4
Keystones are meant to suppress earthquakes. The Hinanawi family were originally the priests protecting them. The only ones that can insert keystones into Gensokyo, remove them, and control them are those of the Hinanawi family. Removing keystones from the ground can shake all of the earth in Gensokyo.
Story 5
Tenshi has been peering in on Gensokyo from Heaven. Those living there would have fun by engaging in battles of bullets, which seemed unfair to Tenshi. She may have been bored by the lack of change in Heaven. Causing an incident just to have fun is... brash of her, but there is a certain cuteness to it.

Busti's Stall Diary Chapter #518 : Yes I am Your Maid But You Have to Serve Me
Source Source Source Source Source 943 posts - 39 participants …
On the game's old files
My phone was acting up, so I was clearing up some space. As I was, I looked and saw…
Regarding SE.RA.PH. quests availability after the event
Once the current event ends, I get that the main interlude quests will be added to the…
Is np1 fran a good aoe ? Answer needed asap. Thanks
On my alt, I have a lv70 spartacus, and lv80 maou for my neutral farming, but maou…
Busti’s Stall Diary Chapter #517: Hard hopium inhaled
This summer maybe Sauce Sauce Overlord Tribute (click for more details) …
Read More