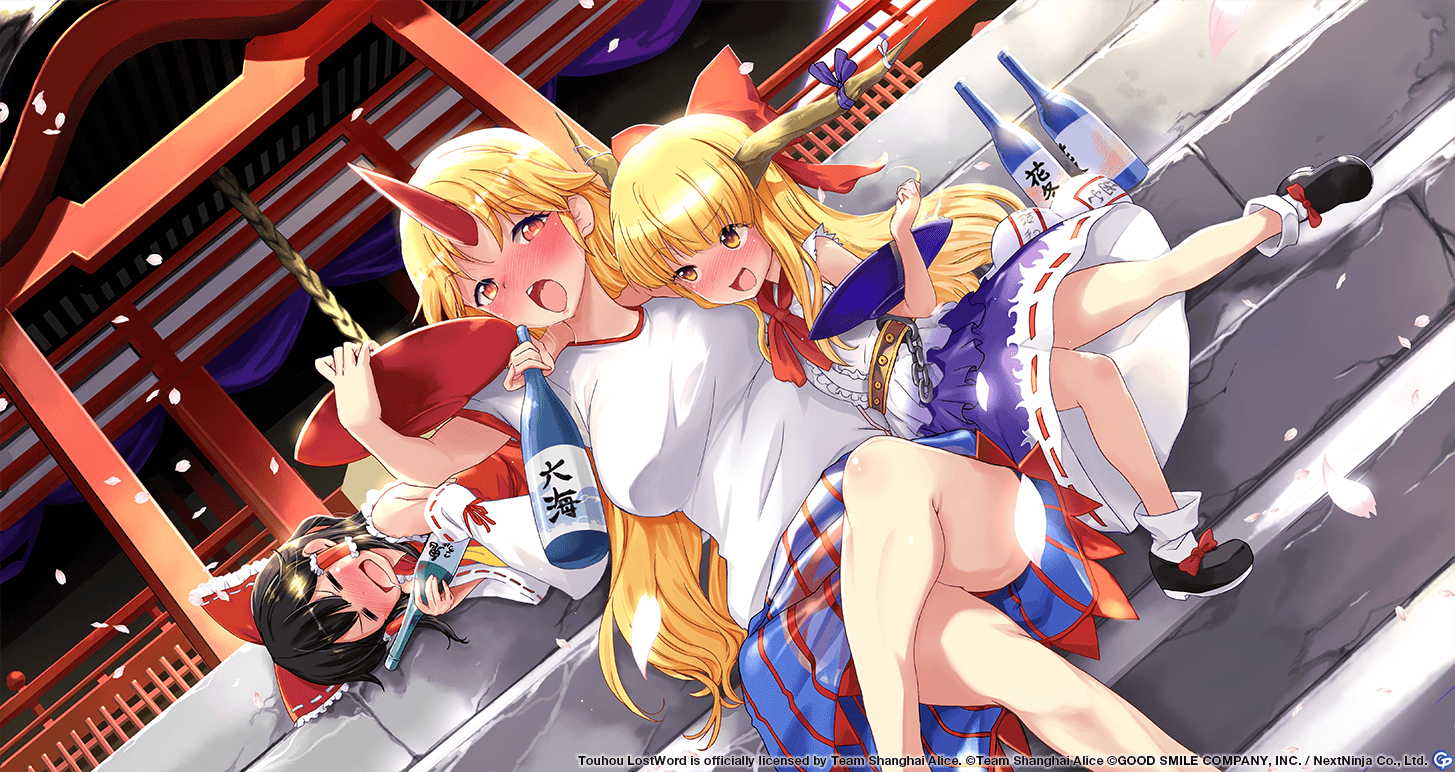 Story 1
Oni are said to be the strongest species in Gensokyo. In ancient times, they reigned over the Youkai Mountain, building a society of oni with the help of tengu. After some trouble, oni stopped showing themselves in Gensokyo for a long time... but then this oni named Suika appeared out of nowhere, along with her friend, Yuugi.
Story 2
Oni all have some things in common. First, they are so powerful that ordinary youkai stand no chance against them, even in a group. Second, they are a very spiritual species and do not like lying. They are also heavy drinkers who can handle an incredible amount of liquor.
Story 3
Suika's Ibuki Gourd and Yuugi's Hoshiguma Dish are a match made in heaven. The Ibuki Gourd can create an infinite amount of sake. The Hoshiguma Dish raises the quality of any sake poured into it. Combine them and it becomes possible to endlessly drink the finest sake. It's heaven for sake lovers, but hell for liquor sellers.
Story 4
In Japanese, people use the phrase "becoming a tiger" to describe people who get drunk and go on a rampage. However, when oni get drunk and go on a rampage, they display a power that goes far beyond that of a tiger. They boast that they could easily destroy the Youkai Mountain, the Human Village, and then some. Oni love to drink and can handle a lot of liquor, but if they do get drunk and fall asleep, nothing can wake them up.
Story 5
It is said that humans have been plagued by oni since ancient times. Oni reappeared after the Great Hakurei Barrier was created, but nowadays, they seem to get along well enough with the Gensokyo inhabitants, as they drink together with gusto. Even if the outside world stops using alcohol as a way to connect with other people, this method of drunken communication will probably stick around for a while in Gensokyo...