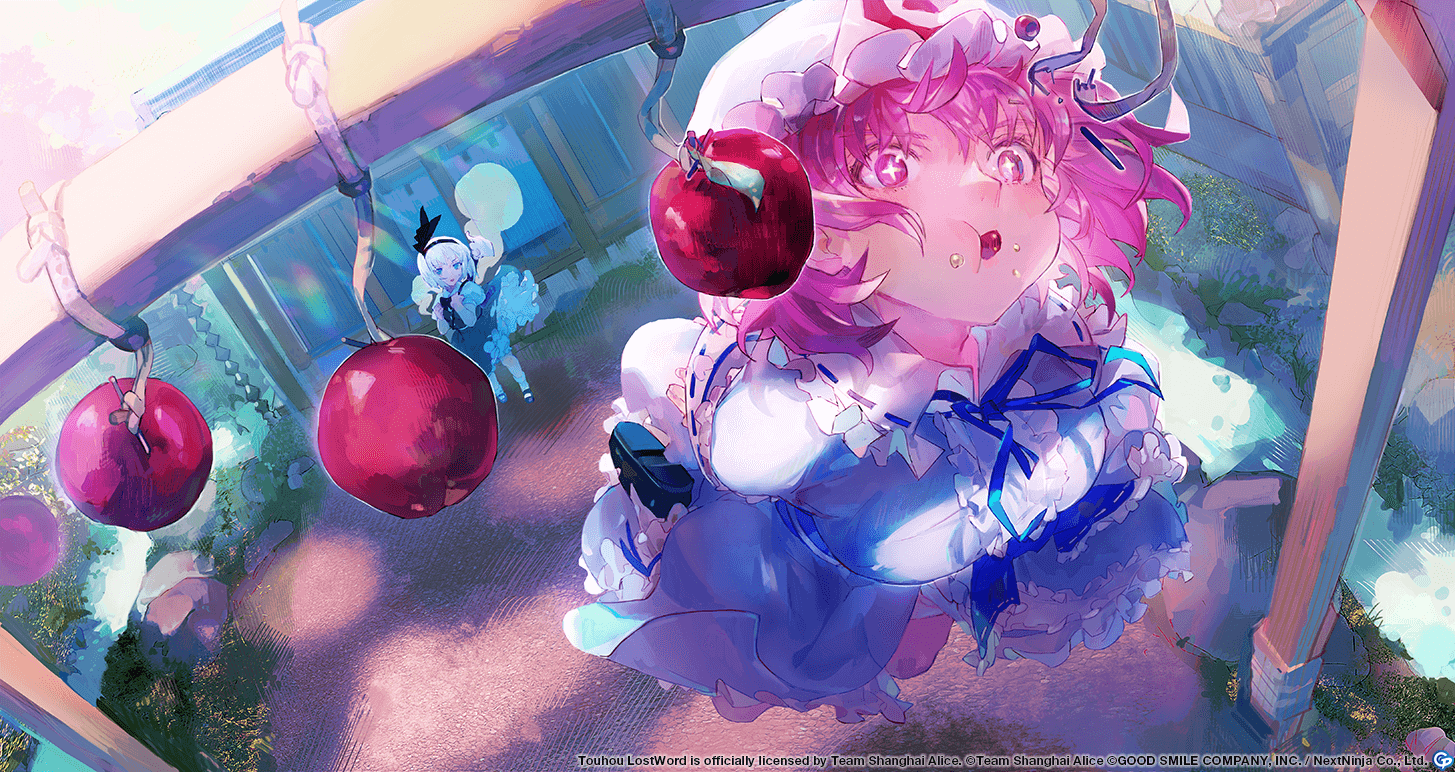 Story 1
Yuyuko Saigyouji is the lady of Saigyouji as well as the head of the ghost shrine Hakugyokurou. The Yama appointed her to manage the ghosts there because of her lack of enmity towards humans and her ability to control departed spirits. In return, Yuyuko is allowed to stay in the Netherworld indefinitely, though it is hard to say if that is actually a good deal.
Story 2
Youmu Konpaku is both the gardener and the fencing instructor at Hakugyokurou. She proclaims that she can cut pretty much anything, so any potential wrongdoers should think twice before trying to sneak into the ghost shrine.
Story 3
Autumn is the third season in Japan and goes from September to November. It is the season of grain and fruit crops. Normally, it becomes relatively cold at this time of the year, but in the outside world, the phenomenon known as lingering summer heat makes it take a while to cool down...
Story 4
When Yuyuko hears that Remilia is organizing an autumn sports festival, she decides to start some serious training. Youmu approaches her to find out exactly what she is doing, only to find her mistress jumping up to chomp on a hanging apple!
Story 5
Yuyuko reaches the apples first and eats hers the quickest. As Youmu watches her mistress's training, she has a eureka moment: "Eating while exercising might be good for your health!" For the next little while, apple-eating contests are at the top of the Hakugyokurou snack menu...