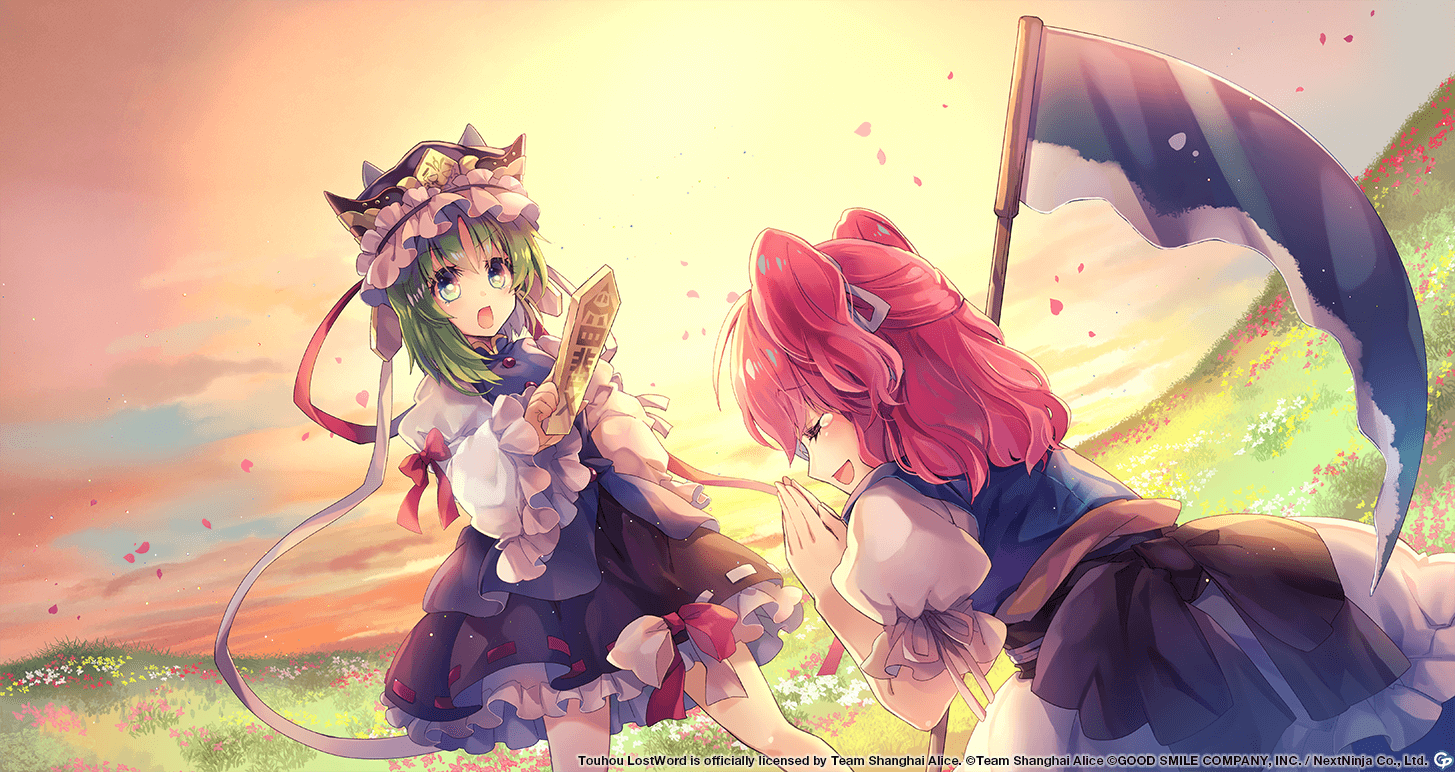 Story 1
Eiki Shiki, Yamaxanadu belongs to the Ministry of Right and Wrong. As you can tell from her name, she is the Yama of Paradise in charge of judging Gensokyo's dead. She is extremely preachy and never says anything wrong, so she is a bit hard to approach. It isn't clear if she herself has realized this...
Story 2
Komachi Onozuka is the shinigami who serves as Eiki's subordinate. Her job is to ferry the dead across the Sanzu River. She is chatty and will talk one-sidedly to the phantoms she ferries, so the phantoms have to listen to her non-stop chatter until they reach the other side.
Story 3
If you ever have a chance to stroll through Gensokyo, you might run into Komachi slacking off on the job. You would probably see Eiki looming angrily behind her... That's a sign that Eiki's about to go on a lengthy lecture, so you should run away while you still can.
Story 4
It's important to have somebody who is willing to lecture you. They'll tell you what's right because they care about you more than they care about what you might think of them. As you grow older, it gets harder to find people like this. It's said that people only scold those they care about... Hopefully Komachi appreciates what Eiki does for her.
Story 5
For Eiki, lecturing is part of her duty as a Yama as well as her duty as Komachi's boss, which is why she spends so much time doing it. Perhaps it's her way of expressing her love. Parents only scold their children because they love them, after all.

Busti's Stall Diary Chapter 521: We couldn't have done it without your support!
Yes, we’re all excited for the next Saberface… Source …But before we all lose our…
Which will you roll first? GSSR or Castoria
Which are you rolling first? Click to view the poll. I’m interested to see peoples…
Are craft essences just glorified fanarts?
textextextextextextext 16 posts - 13 participants Read full…
FGO 7th Anniversary Servant Poll Thread
So, we’re about a month out from FGO’s 7th anniversary. We’re about to be due for…
Busti's Stall Diary Chapter #520: 7 years and going strong, it's the journey of a lifetime!
7 years ago, a small company in the recesses of urban Japan collab’ed with a doujiin…
Read More