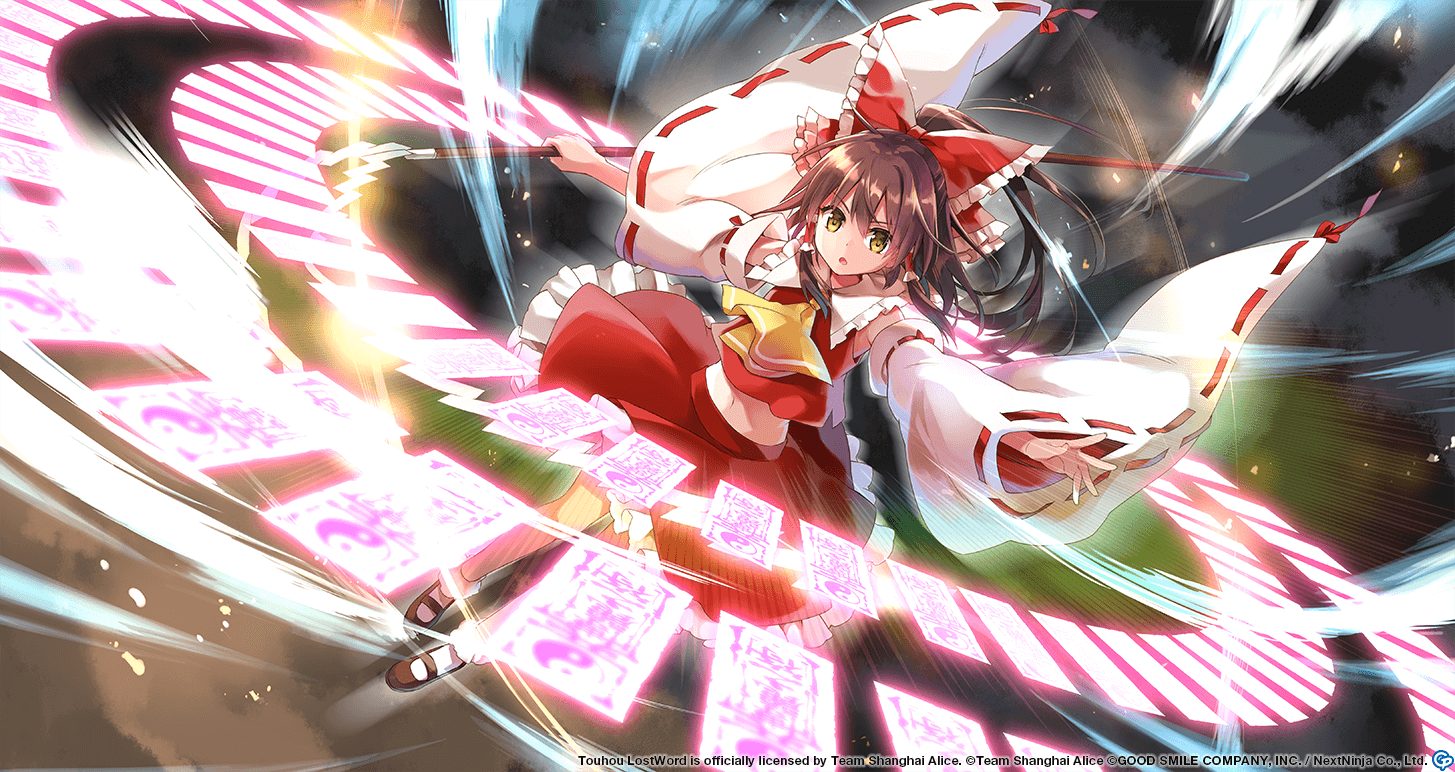 Story 1
Reimu Hakurei, the current shrine maiden at Hakurei Shrine. She lives at Hakurei Shrine in Gensokyo. She is an unusual girl with a mysterious air to her that attracts all around her, humans and youkai alike. Since she doesn't get many offerings at the shrine, you can see her flying all around Gensokyo as she resolves incidents for a living.
Story 2
Flying in the sky is an ability all girls in Gensoyo have. There's nothing special about it. However, in Reimu's case, her flight releases her from all forms of gravity and gives her complete freedom from everything.
Story 3
Reimu is very cheerful. You can often spot her drinking tea at the shrine. She treats everyone the same—she isn't kind or strict. Maybe that's why she's popular among powerful youkai but feared by weaker youkai.
Story 4
Reimu has the power of the Hakurei shrine maiden and guards the Great Hakurei Barrier while she watches over Gensokyo. She is famous for her complete lack of a sense of danger, and she doesn't train nearly enough, but she is still very powerful.
Story 5
Gensokyo needs the Hakurei shrine maiden in order to keep its form. Because of this, youkai knew they couldn't defeat the Hakurei shrine maiden. Just as youkai had begun to feel that they had lost their reason for existence, Reimu came up with Spell Cards and saved the day.

Busti's Stall Diary Chapter #518 : Yes I am Your Maid But You Have to Serve Me
Source Source Source Source Source 800 posts - 37 participants …
On the game's old files
My phone was acting up, so I was clearing up some space. As I was, I looked and saw…
Regarding SE.RA.PH. quests availability after the event
Once the current event ends, I get that the main interlude quests will be added to the…
Is np1 fran a good aoe ? Answer needed asap. Thanks
On my alt, I have a lv70 spartacus, and lv80 maou for my neutral farming, but maou…
Busti’s Stall Diary Chapter #517: Hard hopium inhaled
This summer maybe Sauce Sauce Overlord Tribute (click for more details) …
Read More