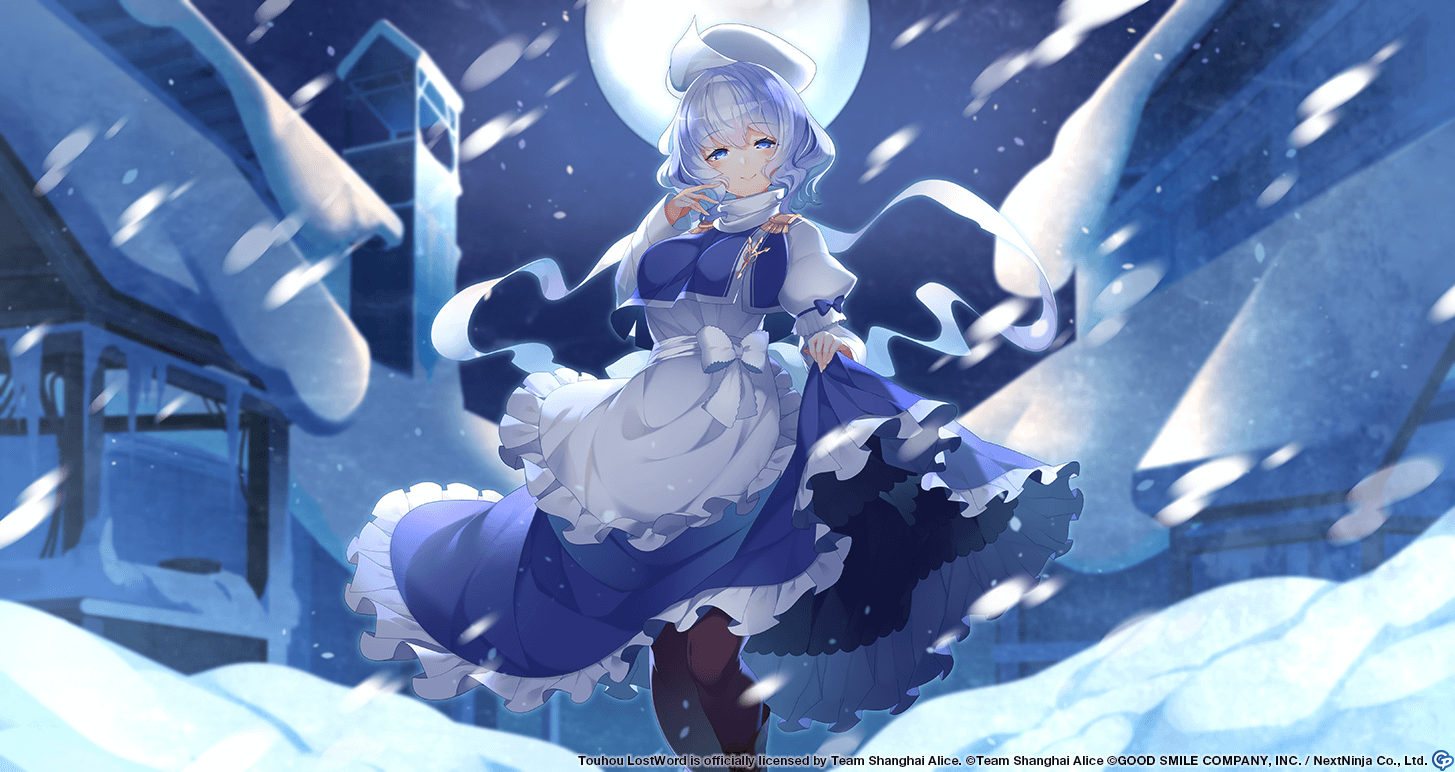 Story 1
The freezing blizzard shatters someone's shadow. It was a human, or maybe a god, or perhaps something else entirely. That information has already been lost. The shattered shadow became powdered winter temperament and danced down to the layers of snow on the ground. The only thing for certain is that it was a spirit. It is so bitingly cold here that even spirits and souls freeze solid. "This is what we want, right?" She asked with a sigh. This youkai is snow-white, colder than anything imaginable, and so beautiful that anyone would be entranced at first sight. And she knows that her sigh, along with her words, will freeze and fall down to the ground as well.
Story 2
Letty Whiterock is a youkai of winter, sometimes called a yuki-onna. She is a youkai that only makes the cold a little bit colder―she shouldn't normally be able to bring about winter. It's unclear whether she started to dwell in this place first or if the winter temperant began to gather all by itself before she got here... Perhaps both occurred at the same time. Regardless, she continues to create layers and layers of temperament snow. This is her festival in this world.
Story 3
The temperament of the moon gathers in the sky, creating a false moonlit night. Even though the moon is fake, it has the same effects as if it was real. However, this isn't all that important to the youkai. Even if there are no humans, as long as the temperament of human fear remains, the youkai can continue to exist here... But none of them thought that this was a good thing. "This isn't very interesting." The reason for this was not because they were bored.
Story 4
The Human Village is where most of Gensokyo's humans live. Various secret agreements between youkai keep the Human Village from danger. But in this world, there are no humans in the village. They sleep far beneath the cold snow as temperament strata.
Story 5
The youkai priest, ship phantom, nyuudou user, foreseeing nyuudou, mermaid princess, hitoban, vampire sisters, zashiki-warashi, and the soul of a stillborn child... They all ruminated over the memories within themselves. Not the memories of them being kept alive by a drip of temperaments in this world, but the fun and free memories involving battles of bullets... Those memories are stuck with them as if frozen in time. And they are waiting for the ice to melt. That is all.