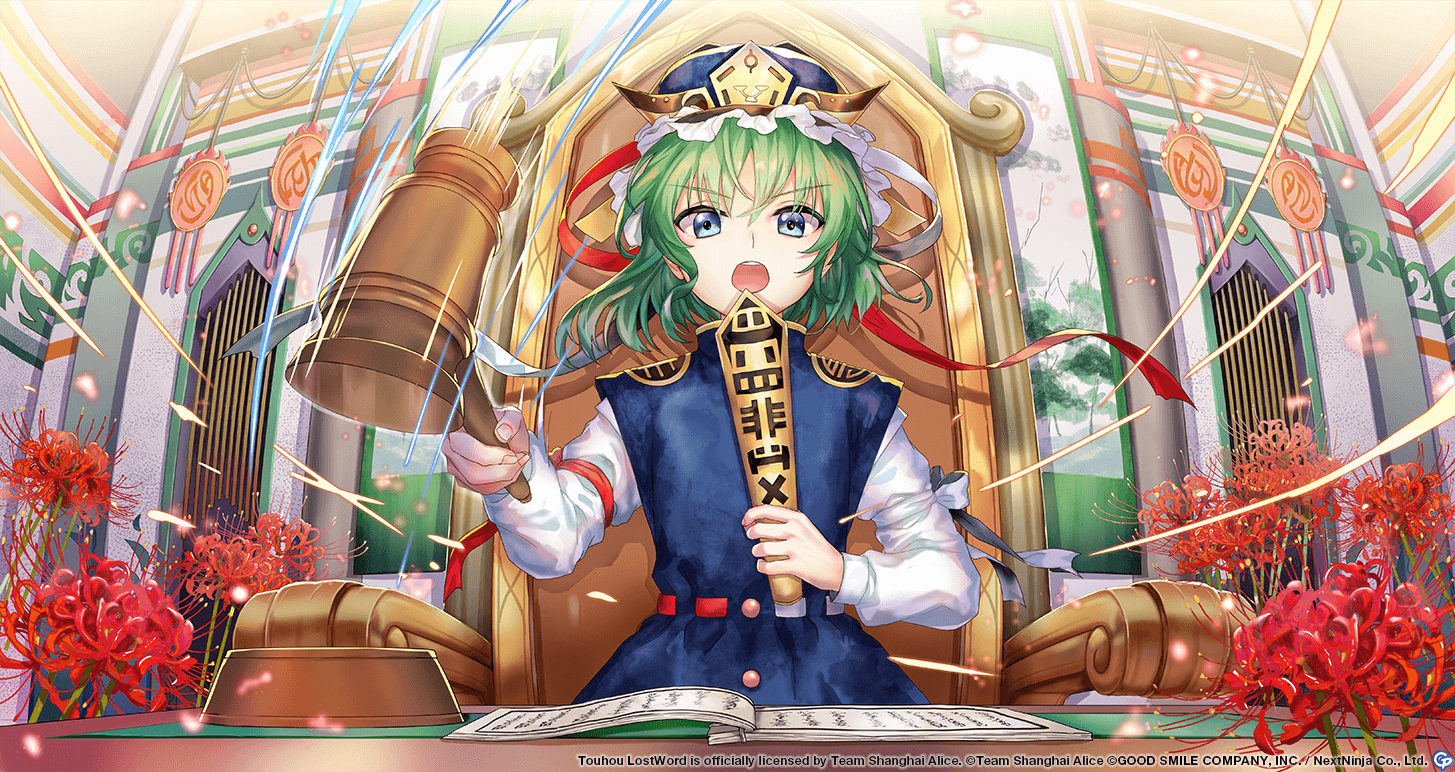 Story 1
Eiki Shiki, Yamaxanadu is one of the Yama who judges the dead in Hell. She was originally a jizou, and is now in charge of Gensokyo. Apparently, her name is Eiki Shiki, and Yamaxanadu is her job title.
Story 2
A while ago, judging the dead was done by the Ten Yama Kings. However, they found that they needed more hands to deal with the increased number of deaths caused by the rise in population. The Yama Kings recruited Eiki, who was a jizou, to become one of the Yama and then dispatched her to Gensokyo. Apparently, Eiki shares her duties in Gensokyo with another one of the Yama, and they work in shifts.
Story 3
The Ministry of Right and Wrong is an organization that exists in Hell to judge the spirits of humans and youkai after death. The Ten Kings lead this organization, and under them are the judges like Eiki, the kishin chiefs, and the shinigami. The organization is well organized and active, covering a wide range of duties assigned to each role. These duties include such things as the publication of the Ministry of Right and Wrong's own literary works.
Story 4
The condition for the dead to be reincarnated is to pass a trial. In the past, seven opportunities were given. However, now the verdict of the first trial is final. Eiki uses her ability to distinctly judge good or evil, then declares her verdict, which is impossible to overturn. There probably isn't anyone more suited to be one of the Yama than Eiki.
Story 5
Eiki maintains a stern face while judging numerous spirits of the dead every day. Using the Rod of Remorse, where the weight changes according to the severity of the spirit's sins, and the Cleansed Crystal Mirror that shows all the past deeds of the spirit, she makes an impartial judgment. She never wavers, never accepts lies, and never allows excuses. She continues to send spirits to the Netherworld, Hell, and Heaven day after day without hesitation.