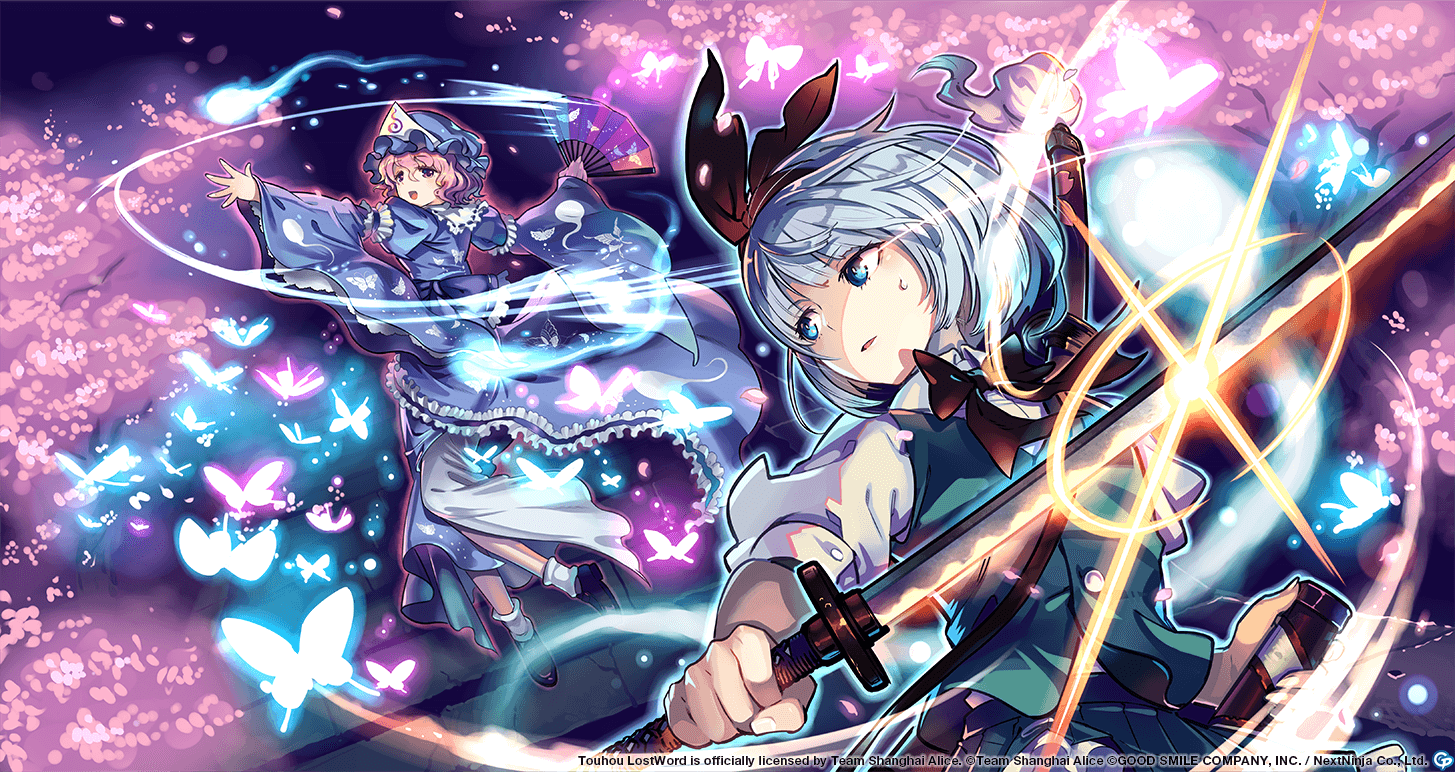 Story 1
Yuyuko Saigyouji, the mistress of Hakugyokurou, had a lot of time on her hands. She stood in front of Youmu and declared, "If you say you're going to leave, you'll have to defeat me first!"
Story 2
Youmu Konpaku, Yuyuko's fencing instructor and servant, planned to go to the village to investigate the divine spirits. Her mistress' outburst was so sudden that she couldn't help but reply from the heart. "How irrational..."
Story 3
Down in the garden of Hakugyokurou, the mistress barred the way of her servant. One of her butterfly bullets flew toward Youmu, so Youmu bisected it with her sword. This was mere child's play. But then a whole swarm of butterflies filled the garden and surrounded Youmu.
Story 4
Youmu said she was going out. But if she leaves, Yuyuko wouldn't have anyone to pass the time with. So Yuyuko decided to play with Youmu a little before she left. But why did this lead to Yuyuko challenging Youmu to a serious battle of bullets? Yuyuko was probably oblivious to the grim and determined look on her face that mirrored Youmu's.
Story 5
As soon as a new butterfly fluttered into existence, it was cut down. Ten more came to life but were all cut down as well. This was indeed a game. But that does not mean it was OK to lose. Mistress and servant... Fencing instructor and student... Such titles were meaningless in the face of their unwillingness to yield. This was a game, training, and a battle. Such is the daily life in Hakugyokurou.