I'll Borrow This Till I'm Dead! 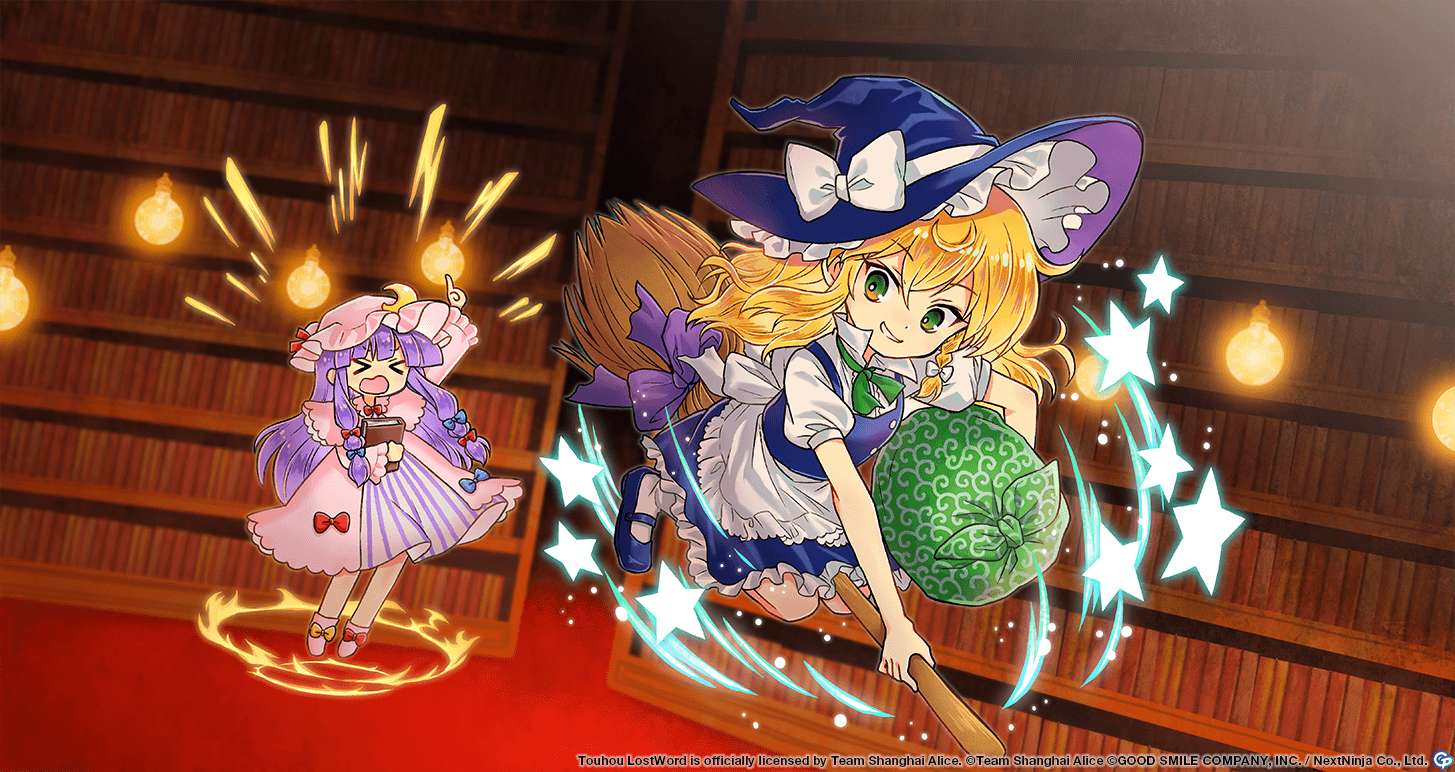 Story 1
"I'm borrowing this until I'm dead!" That's Marisa's stance on borrowing (?) things from other people. From the view of long-lived youkai and magicians, humans have a very short life expectancy. Marisa uses this fact to make it sound like she's being reasonable. After all, the people Marisa borrows items from can just get them back from her after she dies. Don't let her trick you though! You can't really call what she does borrowing.
Story 2
You'd think that Marisa would mostly "borrow" things from Reimu and Alice if you just looked at her relationships and usual targets, but actually, Patchouli is the one who suffers the most. This is likely because Patchouli has practical control over the Scarlet Devil Mansion's large library, which has countless alluring magic books within it.
Story 3
Marisa is quite skilled as a magic user despite being human. Perhaps her spell card Love Sign: Non-Directional Laser was developed as a product of her skill with "borrowing" other people's moves and learning them.
Story 4
If Marisa weren't a human magician and were instead a magician like Patchouli or Alice (which would make Marisa a youkai), she would also gain a lifespan that is close to eternity. She would no longer be able to say "I'm borrowing this until I'm dead!", so she would need to think up a new line to excuse her so-called borrowing.
Story 5
Magicians in Gensokyo are considered a species, and they are categorized as youkai, not humans. Their lifespan is much longer than that of humans, so they can use their time in more meaningful ways. If Marisa were a magician and not human, she would probably do much more research with Patchouli and Alice, which would naturally result in many more tea parties.