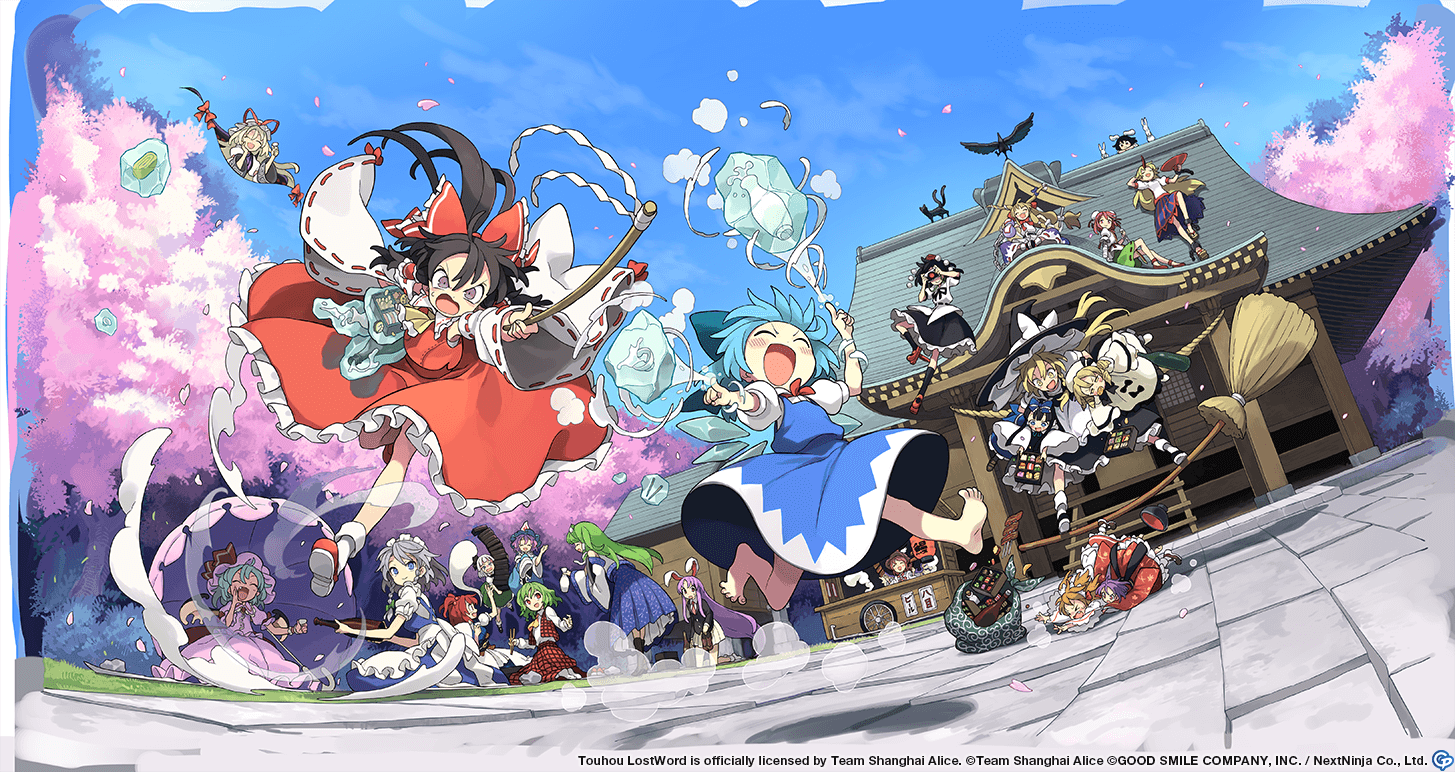 Story 1
Hakurei Shrine is a shrine at the eastern border of Gensokyo. Normally, youkai can't approach shrines, but Hakurei Shrine has become a sort of haven for them. As a result, human visitors have stopped coming as often, which also means fewer offerings. The lamenting shrine maiden sets out again today to exterminate youkai.
Story 2
Trees surround the shrine. During cherry blossom season, the shrine is a perfect spot for flower viewing. The cherry blossom trees are sacred and help form the Great Hakurei Barrier.
Story 3
Hakurei Shrine has collapsed on several occasions due to major earthquakes. A geyser erupted nearby once, while there was unusual weather on another occasion. These events were precursors to incidents, and Reimu was always at the center of everything. Although the shrine has collapsed multiple times, it has always been rebuilt with no issue, and the Great Hakurei Barrier has not been affected either.
Story 4
The side of the shrine with the torii gate faces away from the village and towards the outside world. When the shrine maiden isn't looking, sake is often brought in as an offering, and there will be some rare ones occasionally. Since the shrine exists between the outside world and Gensokyo, items from the outside world can be found around the shrine, and humans from the outside often wander in by accident.
Story 5
When the cherry blossoms bloom, Hakurei Shrine welcomes many visitors who come to view the flowers. These visitors are not ordinary people—they are youkai and fairies that Reimu is friends with. It's nice that Reimu gets to enjoy a party with her friends, but maybe she should think a bit more about why exactly ordinary people aren't coming to visit the shrine...