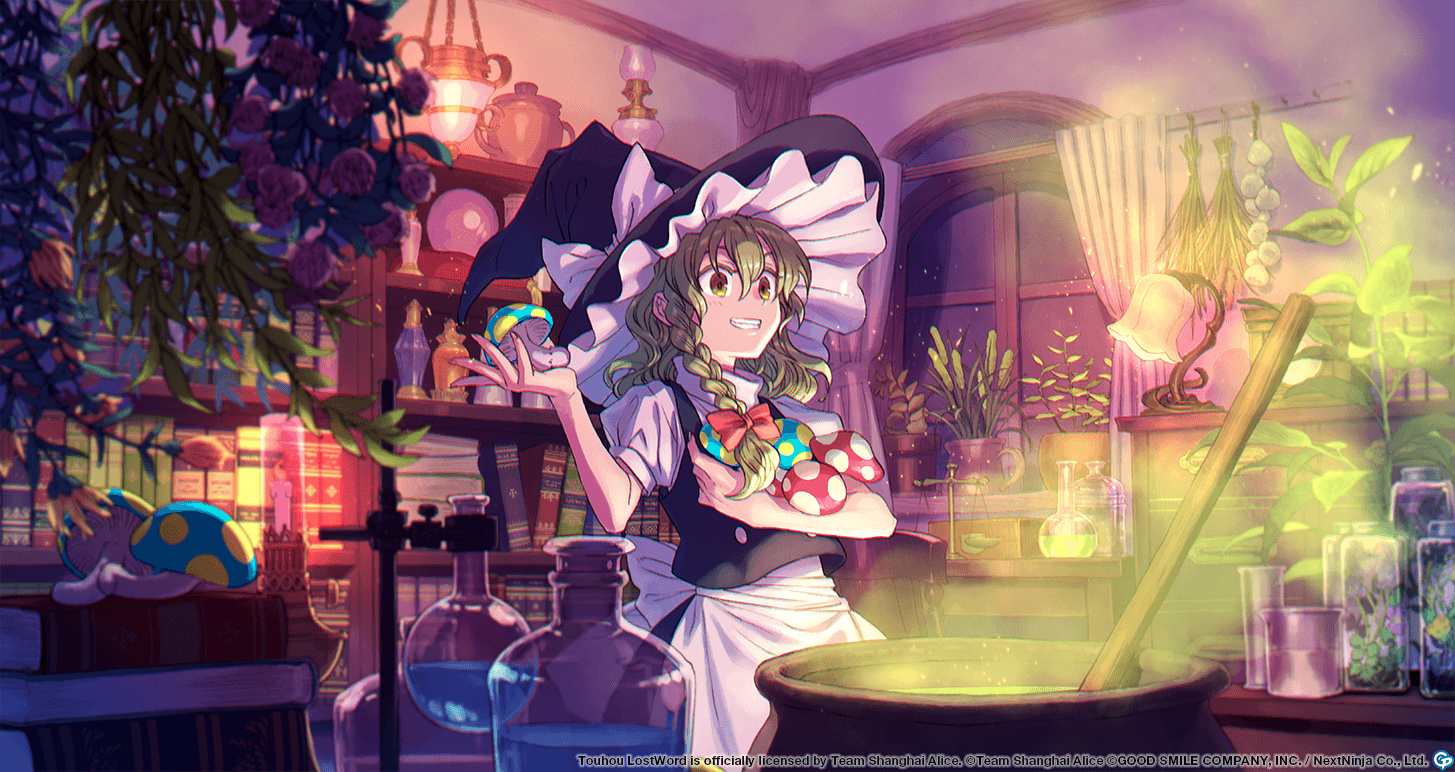 Story 1
The special abilities humans can acquire are often collectively called magic, but there are actually many different kinds... or so people say.
Story 2
Youjutsu, senjutsu, houjutsu, and even science... If a magic user can use it, that makes it magic. It is a common misconception that magic does not have secret sources or tricks behind it. Magic consumes energy for its source and the mechanics of various phenomena provide the tricks.
Story 3
You will find people researching magic in every era. Marisa is one of them. As a human who uses magic, she collects mushrooms, rare materials, and other magical things from the Forest of Magic, and then she mixes them together in experiments to create a variety of magic.
Story 4
Marisa's magic is very powerful for magic used by humans, and the prep she does for it is incredibly dull. It is the reason she is always collecting materials like mushrooms. Even though her actions look flashy, it is clear that she puts in a lot of hard work behind the scenes.
Story 5
Magicians exist as a species of youkai separate from human magic users. Magicians used to be human, but as a result of their research, they become capable of using magic as their life energy and quit being human. While Marisa is currently a human who can use magic, in a not-too-distant future, she may end up joining the ranks of the magicians...

Should You Pull? Creators of Fiction? & Fact

So I got and tried out Summer Kama
…hoooooooly shit is she broken. I honestly think she’s the second coming of Arjuna…
FGO Death Battles: Iskandar vs Medusa (Rider)
I hope @Bow-of-Sacae doesn’t mind too much if bring this type of thread back up as i…
Busti's Stall Diary Chapter #379: A Smile to Die for
Dedicated to the girl whose smile can inflict Instant Death! Need more summer…
How to proselityze people to read the Tsukihime Manga
We tsukihime fans are alive and kicking (click for more details) Fanarts (click for…
FGO Friend/Support list megathread Part 3
This is a continuation of the previous threads that reached 3000 posts and got locked…
Read More