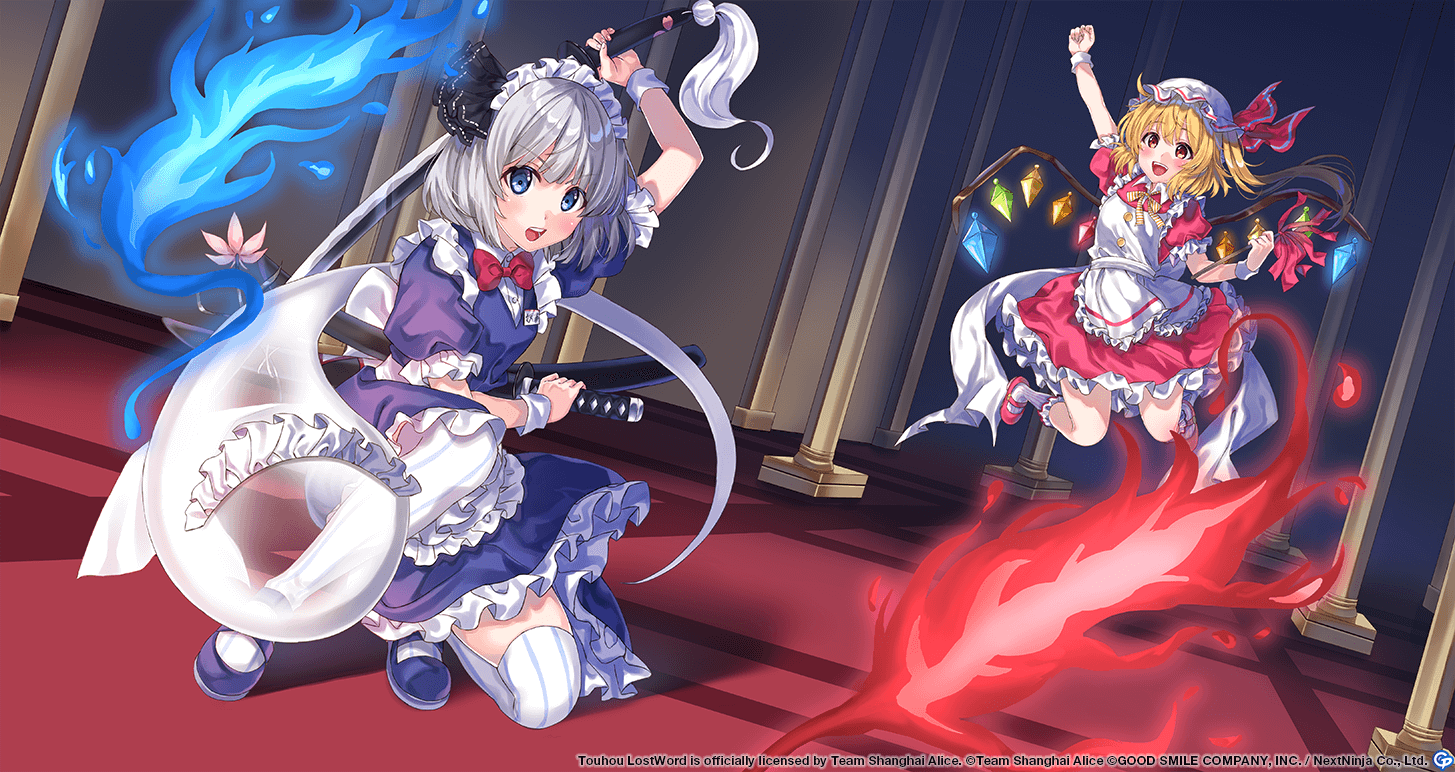 Story 1
Youmu Konpaku is the shivering maid samurai. The last time that she was left to guard the Scarlet Devil Mansion at Sakuya's behest, she was given a maid outfit. Youmu blushed, thinking that she was better at slicing than wearing maid outfits, but she had to admit that it looked good on her.
Story 2
Flandre Scarlet is a devilish helper. Last time, when Sakuya was away, she donned a maid outfit that the Scarlet Devil Mansion's maids use. Flandre was left to clean and take care of any intruders to the mansion.
Story 3
A maid is a female servant. Their golden age spans from the latter half of the 19th century to the early part of the 20th century. They are similar to housekeepers, but their work differs in many respects.
Story 4
Kasen, Suika, and Yuugi were invited by Remilia to the Scarlet Devil Mansion to enjoy mysterious beans. The mansion is rowdy... no, not just rowdy―you can hear explosions! What could be happening inside?
Story 5
Youmu quickly joins in as a helper. Flandre was told to play with the fairies and phantoms that came to play. The two meet and work together in the battle to retrieve stolen ingredients. Will the oni (and the hermit) get to eat bean sweets and gain resistance to beans?