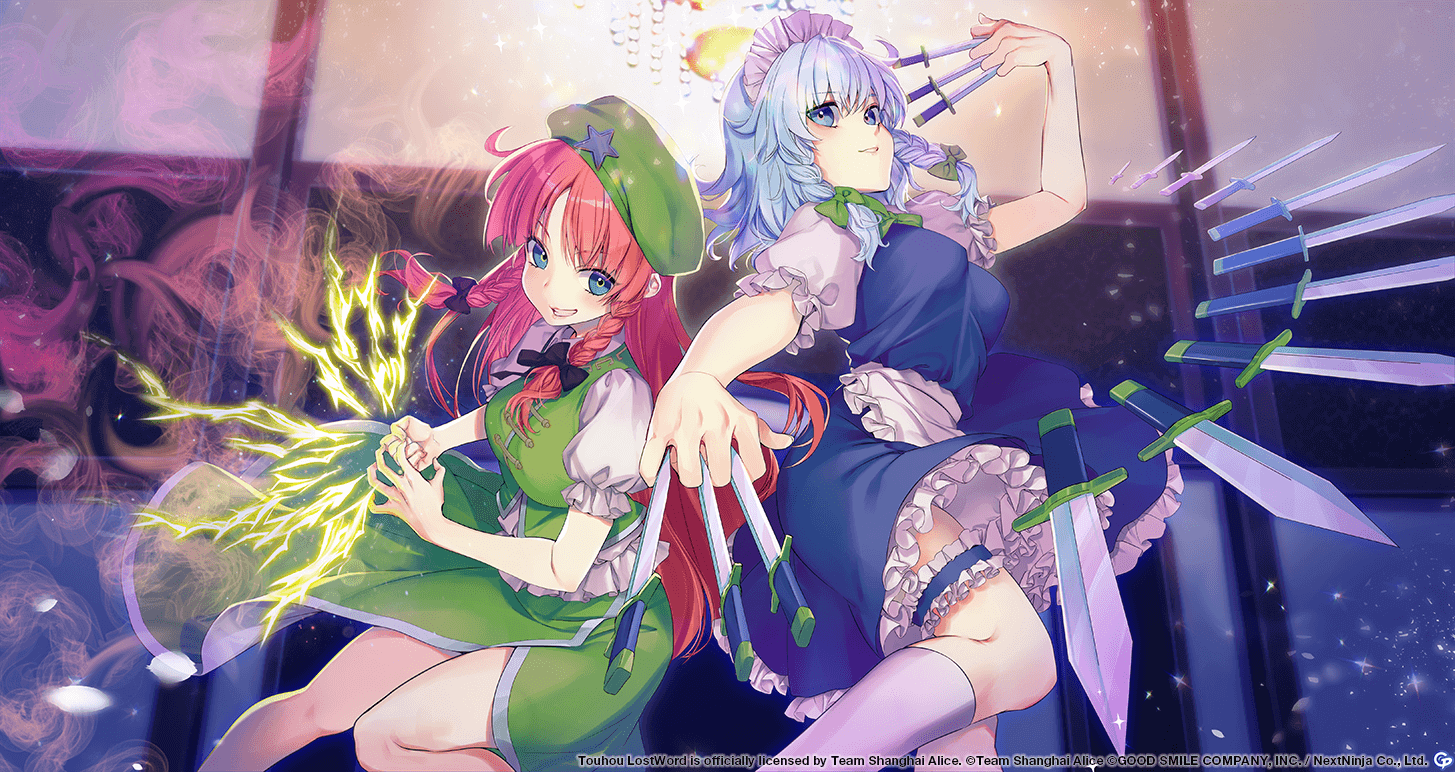 Story 1
Hong Meiling is a youkai that lives in the Scarlet Devil Mansion. She guards the gates of the mansion, which makes her encounter humans the most amongst the Scarlet Devil Mansion members. She is skilled at martial arts and rarely uses the bizarre skills that are common to youkai. Possibly because she doesn't look that different from humans, she teaches them Tai Chi Chuan.
Story 2
Sakuya Izayoi is the backbone of the Scarlet Devil Mansion, serving as its head maid working from the shadows. She does all of the household chores and runs the mansion from top to bottom. It is no exaggeration to say that without her, the mansion would fall apart.
Story 3
Tai Chi Chuan is a martial art best summed up as "the soft overcomes the hard, the gentle overcomes the rigid." By understanding the opponent's strength, a small amount of power can topple a larger power. Disarming the opponent with lithe movements is fundamental to this ancient Chinese martial art. It is currently widely practiced for its health benefits, but it was originally a high-level skill which allowed the practioner to use their strength in the most efficent manner possible.
Story 4
According to one account, Sakuya was a vampire hunter who came to exterminate Remilia. If Meiling had been guarding the mansion at the time, then she would have ended up battling her. Meiling fighting to protect her mistress vs. Sakuya, the vampire hunter... A battle for the ages!
Story 5
Sakuya's ability to control space and time inside of the Scarlet Devil Mansion is beneficial to her in a number of tasks, including cleaning and laundry, cooking, and warding off intruders. Meiling protects the outside of the mansion while Sakuya protects the inside. But Sakuya's workload increases because most intruders are allowed inside. Today is a nice day with clear skies, good for napping... with a chance of a rainstorm of silver knives.