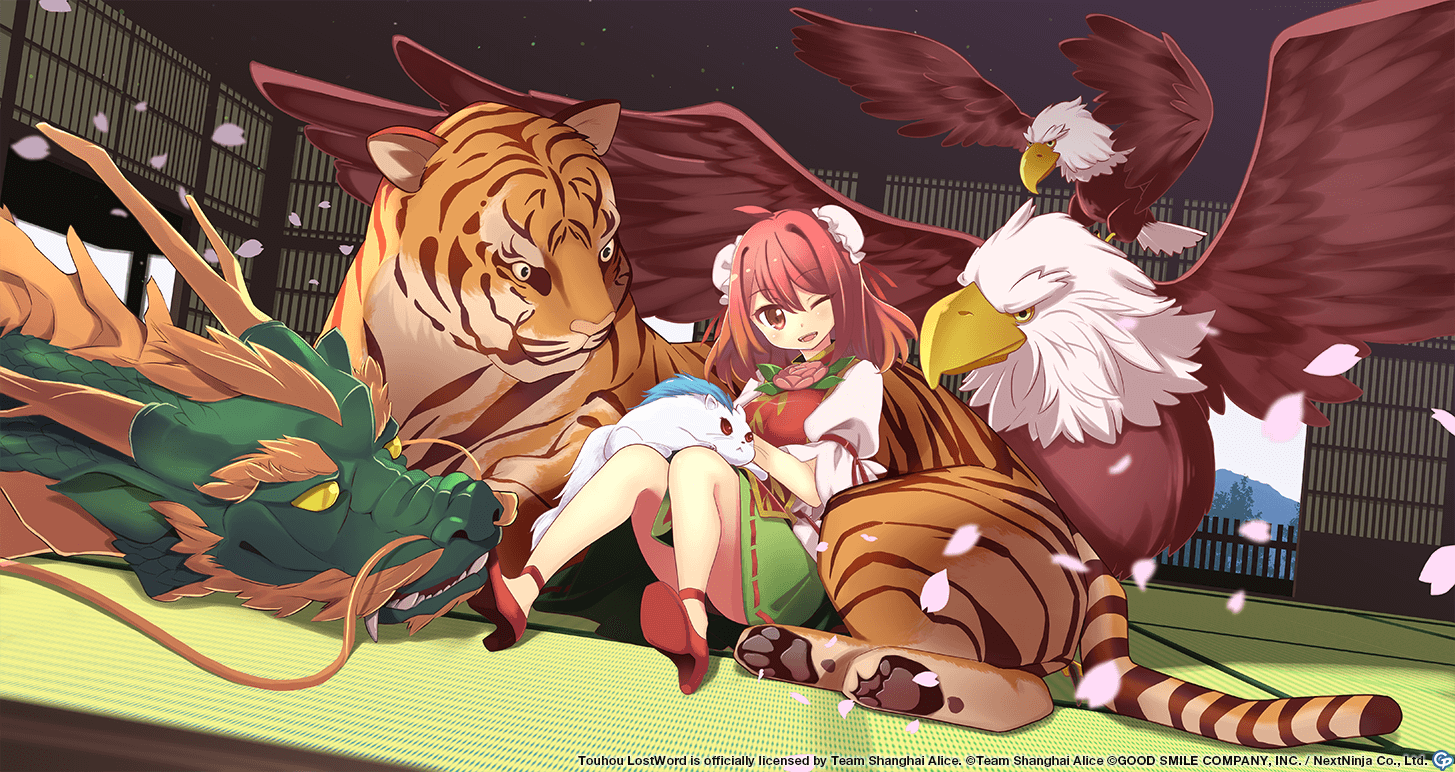 Story 1
Kasen Ibaraki is a hermit who lives somewhere on the Youkai Mountain. Ibarakasen is her title. Kasen loves animals and is loved by them in turn. She often visits Hakurei Shrine to forcibly and rigorously train Reimu.
Story 2
Kasen is capable of guiding animals. This ability allows her to speak to animals and understand what they're thinking. Being able to communicate with animals is a stereotypical ability that appears a lot in Japanese folklore, like in the story of Kintaro, who became friends with the animals of the mountain.
Story 3
Kasen lives together with many different animals. There's Kume, an elderly giant eagle who supports Kasen by flying errands and the like. There's also Kanda, a young giant eagle who will eventually take Kume's place. Kasen worries about Kanda because the young eagle often returns home late from errands. Kanda probably does not know the best paths to take yet.
Story 4
Koutei is the name of the young dragon that Kasen hatched from a Dragon Stone. The large tiger that guards the Ibarakasen residence is named Houso. A raijuu by the name of Mukou was captured by Kasen while wreaking havoc at a shrine. Mukou is now her corn-loving pet.
Story 5
Kasen's home contains a dojo―Reimu can often be seen training there. Though if you do see her, she was probably brought there by Kasen. Although Reimu dislikes training, she probably begrudgingly agrees to let Kasen train her because she knows that it's good for her in the long run. If you also wish to become stronger, it may be a good idea to visit the dojo with a book in hand.