Napping Is Part of the Job 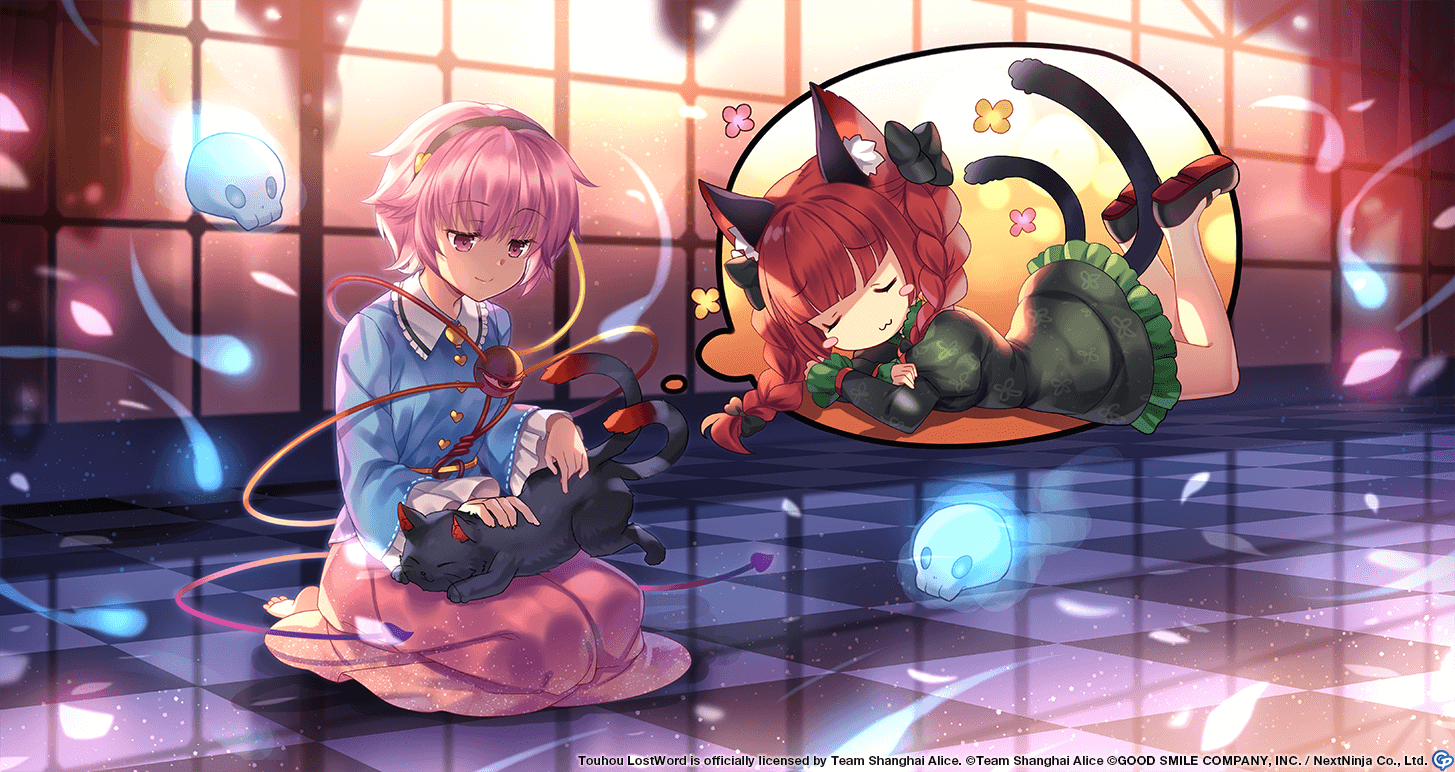 Story 1
Rin Kaenbyou is a youkai who lives in Former Hell and is Satori's pet. She apparently prefers to be called Orin rather than by her long full name.
Story 2
Satori Komeiji is the mistress of the Palace of the Earth Spirits in Former Hell. She is a satori youkai and is feared by many for her ability to read minds. Visitors have stopped coming to the Palace of the Earth Spirits, but she doesn't feel lonely. This is because animals that cannot speak took a liking to her. Now the palace is teeming with Satori's pets.
Story 3
Cats became domesticated in Japan for their ability to exterminate rats. They were originally solitary and nocturnal animals. It's said that the domestication of cats goes as far back as ancient Egypt and that cats were introduced to Japan from China.
Story 4
All the sisters in Gensokyo got together for the Gensokyo Little Sister Contest! Satori and Koishi participated too of course. Orin and Okuu rushed to the contest to give their all in cheering them on... but they had no idea that it was a contest where they had to keep quiet. So they kept on shouting encouragement.
Story 5
Satori worked through the night to sew an outfit that would make Koishi shine even brighter. Koishi was so overjoyed when she wore it that she didn't go off to the dream world in the blink of an eye―but actually celebrated with her opponent. Who ended up winning the sixth match of the Gensokyo Little Sister Contest?!