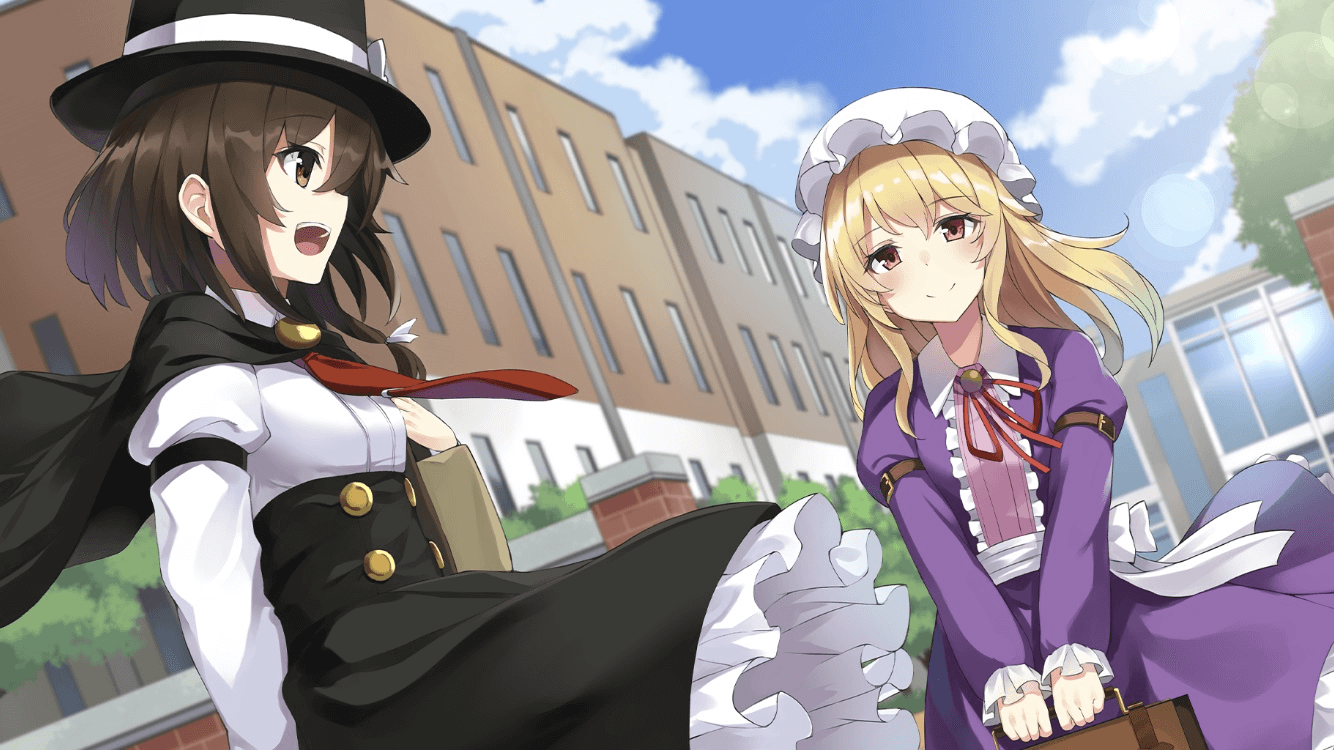 Story 1
This is a story that may or not have happened in a certain fragment of a certain layer. "How are you today, Merry?" "You're one minute and twenty seconds late." "Oh, that's good. I made it in time." "No. You're late." Renko wanted to know. Merry was officially cured, but that just means that she is no longer under observation by them. Renko, however, has always observed Merry's strange and crazy ability and will continue to do so. "This is a little different from our usual activities, isn't it?" "We're wandering around and looking at stuff―It's the same as always." "I quite like wandering around and looking at things." "Then I'm glad your wish is satisfied, your highness." The Secret Sealing Club is now in session once again.
Story 2
Renko Usami is a member of the occult circle known as the Secret Sealing Club. She goes by the name Renko. She is the smartest person I know. (M.H.) Maribel Hearn is a member of the occult circle known as the Secret Sealing Club. She goes by the name Merry. She is the most mysterious person I know. (R.U.)
Story 3
The studies of traditional physics have come to an end. It has been revealed that electromagnetic force, the weak interaction, the strong interaction, and gravity... all physical phenomena are merely a facet of the universal theory―super-unified physics. The discovery of this Brane Cosmology model with practical applications unveiled a whole new world. But for the people of the modern era, this theory is naught but scripture. Physicists are the priests who translate the divine messages from the universe. And even they cannot gleam the full picture of the universe single-handed. That is why people see "spirits" that are separate from the unification. Each person sees these spirits differently. These "spirits" may have something to do with mediums and spiritual hotspots―dimensional spaces that change everything along with the observer. Is it possible to unify not just four dimensions but the practically limitless number of dimensions that do exist? Renko mulled this over while talking to Merry.
Story 4
The Secret Sealing Club is the university club that both Renko and Merry are a part of. While it is a club for mediums, they don't hold seances or perform exorcisms like mediums usually do. This is why the other university students who are mediums think their club is just a front for Renko and Merry to receive a club room and budget. However, their true club activities involve exploring other worlds through boundaries or dreams... They also self-published a magazine which details their adventures.
Story 5
The doctors diagnosed it as a virus that causes delirium. The Hearn household calls it a spiritual ability inherent to their bloodline. Renko thinks that both definitions are correct but far from the one true explanation. It was Maribel Hearn, known to Renko as Merry, who made her realize this. She is and will always be Merry the Magician. "That doctor was nice. He dug up my clinical record and even accompanied me to the hotel for the relatives of the patients because it was getting late." "Yes, he was very kind when treating me as well." The sun had only just risen in Shinshuu, and the clean air was refreshing. "So about this map that I was talking about last night..." Before Renko even finished speaking, Merry had rolled up the hem of her skirt and was starting to climb over a fence. *sigh* "She really is a princess."