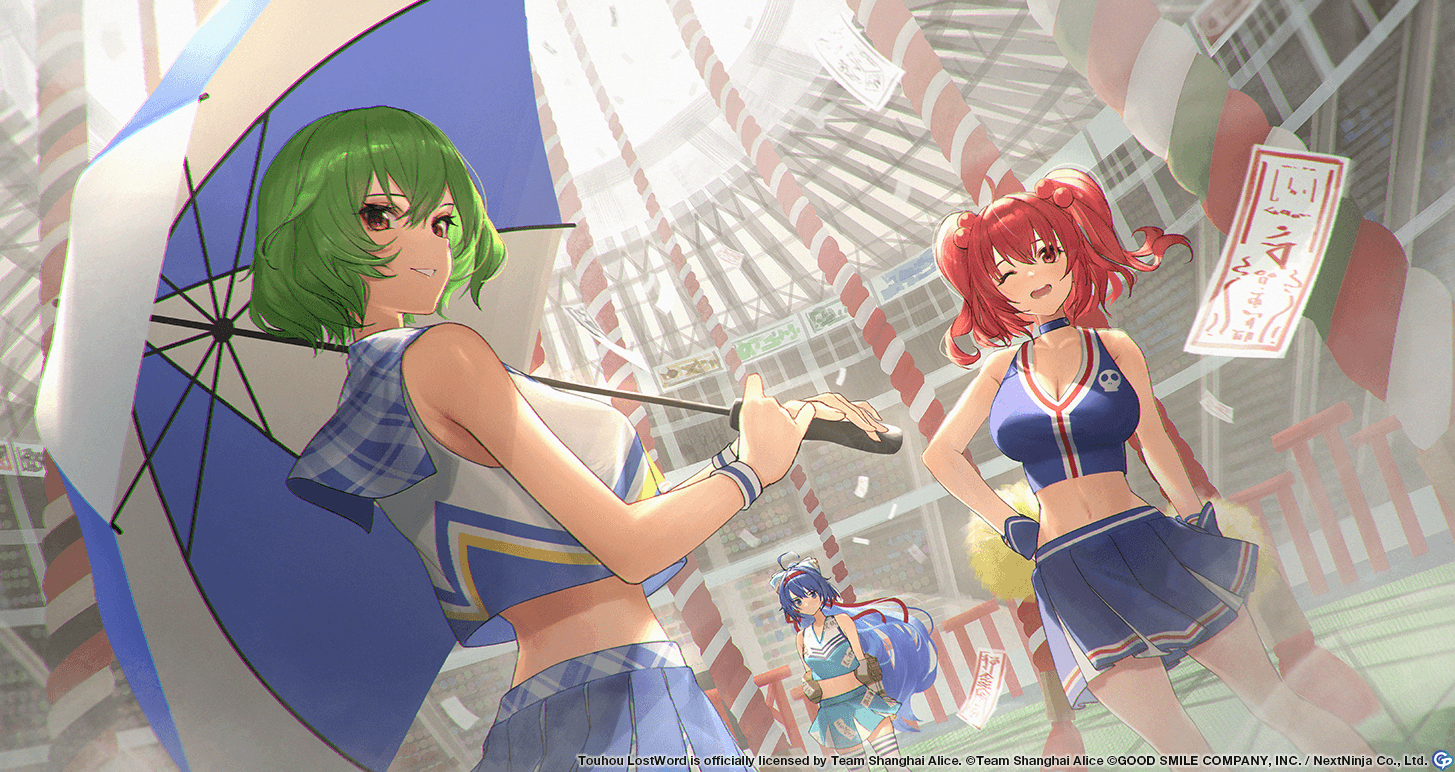 Story 1
Yuuka Kazami is the flower cheerleader of the four seasons. She is one of the Five Heralds of Spring, who signals the beginning of spring and brings energy and life back to Gensokyo.
Story 2
Komachi Onozuka is a good listener, which she uses to draw out the speaker's vitality. She got her good listening skills from her job as a ferrywoman of the Sanzu River. She is excited to hear stories other than those she listens to while helping spirits cross to Higan. Those that speak to Komachi find themselves reenergized. Perhaps this is, in a way, a form of reaching nirvana for them.
Story 3
Shion Yorigami is paying the bill of cheer. No one is eating, possibly due to their lack of energy. There are many leftover Heartfelt Bento, and those in storage are at risk of going unsold! Shion suggests that eating them is the key to regaining cheer (she notices after the incident that she should have eaten them herself).
Story 4
Recently, the Sanzu River has been abuzz with activity. "Why is that?" Komachi thinks as she goes to the Human Village (in the name of investigation, but in reality to slack off). There, she sees that Gensokyo has lost its cheer! There isn't a smile to be seen anywhere. Komachi begins her questioning with the intent of finding out what has happened.
Story 5
According to Eirin, humans can extend their life ever so slightly through laughter. Komachi laughs while waving off the thought of it, but after seeing Gensokyo in the state it is now, she begins to think that Eirin's words have some truth to them. Someone once said that, "The key to a long life is laughter." Komachi becomes one of the Five Heralds of Spring and begins to cheer.