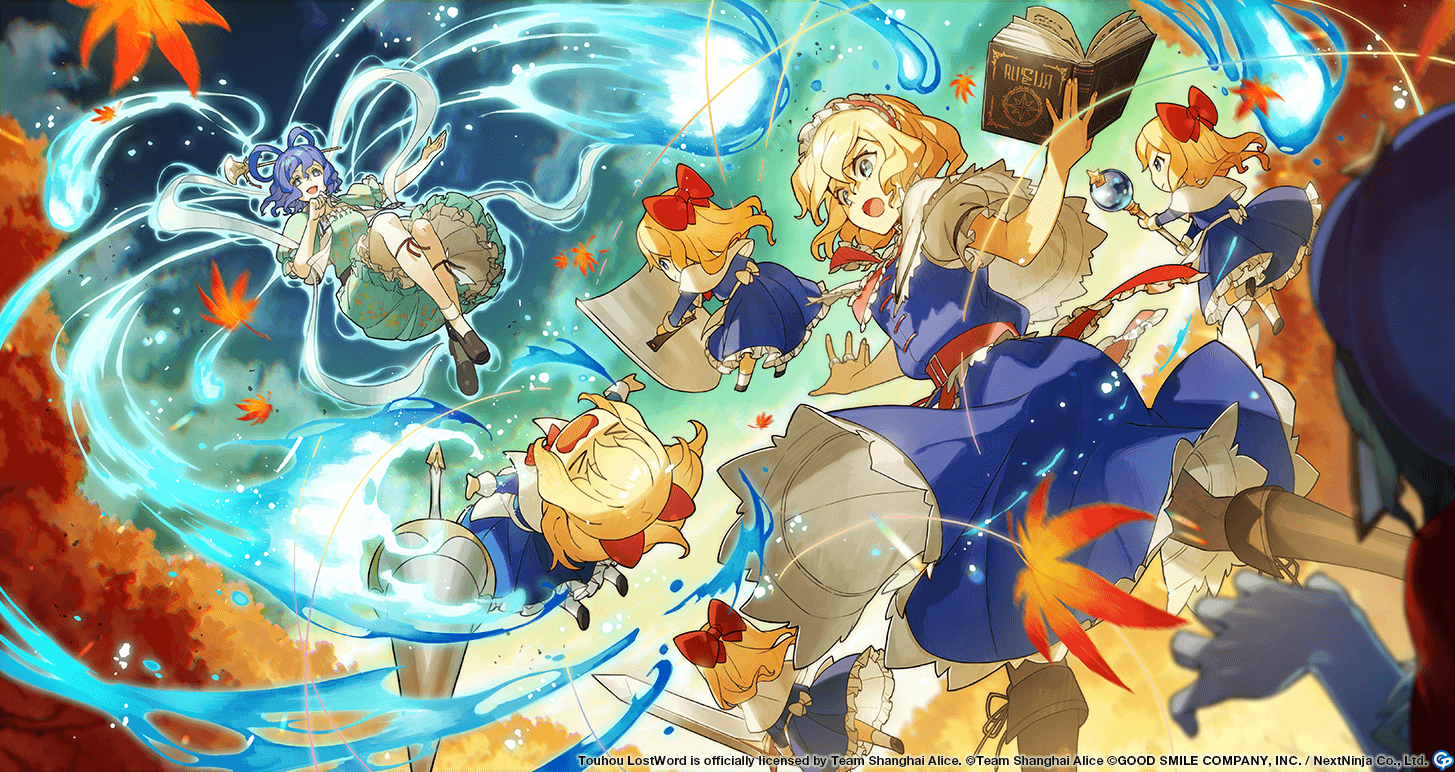 Story 1
"My dolls should be immune to your spiritual interference!" The puppeteer was bewildered. The enemy before her was an authority on necromancy. She should have had an advantage, like all the times before... But something has changed. "You're so naive. There are many types of spirits. It's embarrassing how you call yourself a master of your craft without even knowing this simple fact!" "All right, that's it! Shanghai! Hourai!" The puppeteer focused powerful magic into the tips of her fingers.
Story 2
Alice Margatroid is a magician who specializes in manipulating dolls. She can also use other types of magic. Her body does not age due to her proper use of magic, and her species is that of a pure magician. Her life is tied to her magic, which she can directly use, so she is a monster with the form of a human that runs on magic... Which could be said to be a type of doll. Seiga Kaku is a hermit, and is also called a wicked hermit. It seems that she is not a proper hermit who trains while walking the path of Heaven, seeking to become a celestial. Instead, she is focused on perfecting her arts to satiate her own desires. Hermits are similar to magicians in that, unlike humans, they do not age and do need to eat. Though the reasoning is different, their body is just a vessel that houses their consciousness, which also makes them similar to dolls.
Story 3
Spirits are temperament that has been separated from a body. They are also called souls, or konpaku in Japanese. "I feel like I'm going to disperse more temperament than I collect at this rate..." At the base of Youkai Mountain, just when the puppeteer had finally found some rare earth elements and was about to head home, the necromancer attacked. "Wait, a ghost?!" "That's right. They can temporarily take this simplified ghost form by boosting their purity. But there are other ways too." "Other ways...? Ah, Shanghai!" "Oh my, I think you should be worrying more about yourself right now." The soul, or konpaku, is said to split into three kon and seven paku (also known as hun and po) and leave the body when someone dies. There is an ancient Chinese art that involves leaving the paku parts of the soul in a corpse to control it. Bodies that are manipulated in this manner are called jiang shi.
Story 4
Dolls are considered the most occult of objects. Since long ago, dolls in the shape of humans have been thought to harbor life force or something similar. And dolls made in the image of specific people are said to have a spiritual connection to that person. That's why dolls are used in occult rituals and prayers to gods or the Buddha. This hasn't changed even though dolls are now also used as toys. Clay figures, haniwa, carvings, kokeshi dolls, paper dolls, puppets, corpses, magical bodies, temporary bodies, and the people of Hourai... they are all the same. In the west, there are even tales of humans being created from dolls made of clay.
Story 5
Temperament has been scattered about by the necromancer, ending the festival. The puppeteer lost more than she gained this time. This work is special for her but mundane for her enemy. A single "mind" is replayed within her own head. It is a memory not tied to either herself or anyone else. She keeps ambiguous minds like these ones inside of her, rather than storing them separately. That way, the battles of bullets are more beautiful, more arduous, and always interesting... This is her own seven-colored eternity separate from this world. She embraces this yearning passion but puts it aside for the moment... The time has not yet come.