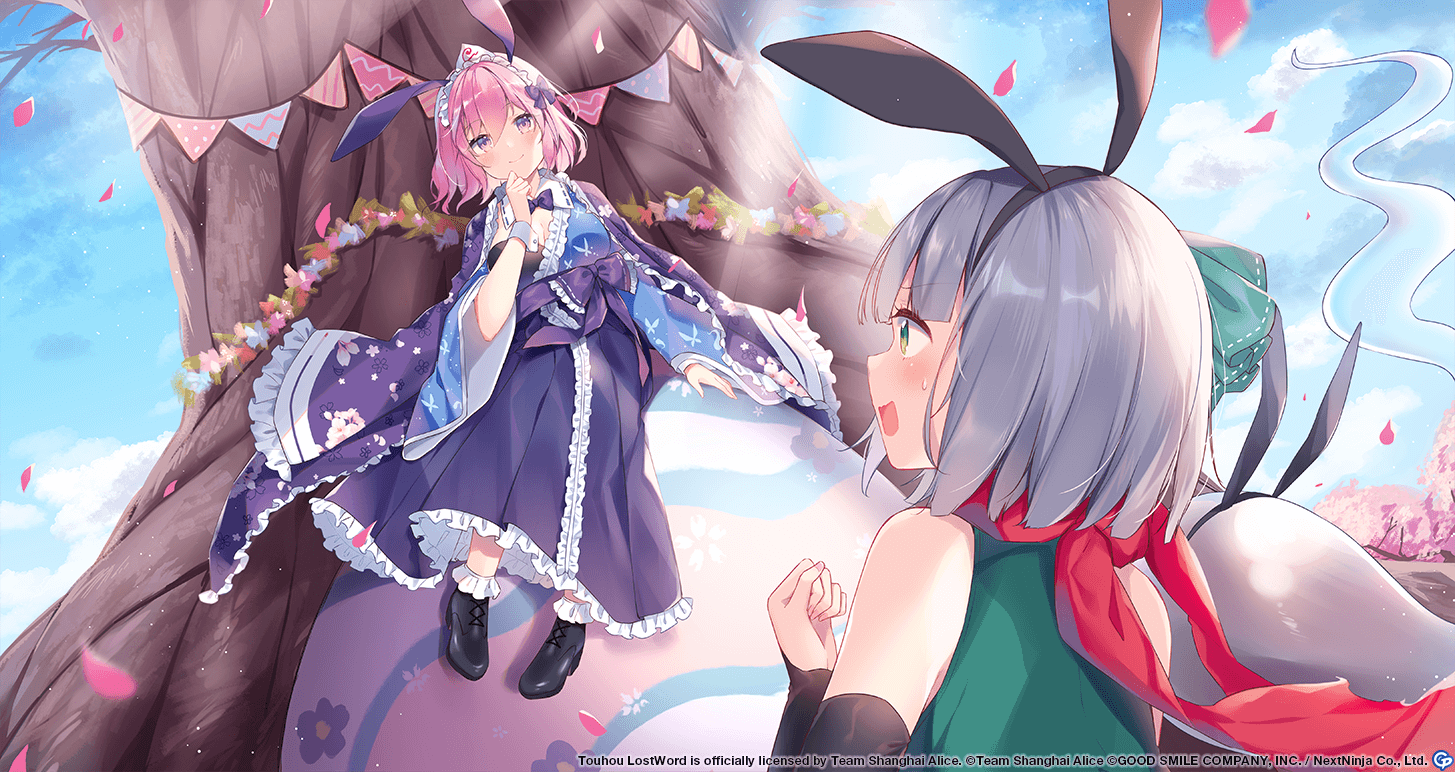 Story 1
Yuyuko Saigyouji is a Bunny Ghost Hoping for Resurrection. Yuyuko discovered an enormous egg that appeared in Hakugyokurou out of nowhere, and it gave her an idea... An idea to hold the Sword Festival!
Story 2
Youmu Konpaku is a Bunny Ninja Spirit. She was clueless about what exactly was to be done during the Sword Festival that was arranged so suddenly, and asking Yuyuko only left her with more questions. The Sword Festival involves splendid sword dances and wonderful music to liven things up for the egg... What does that even mean?
Story 3
Easter is also known as Resurrection Sunday. When talking about Easter, people tend to think about eggs. The reason for this is because they represent the birth of a new life―they're a symbol of resurrection. The other thing commonly associated with Easter is rabbits. And that's because rabbits are well known for perpetuating their lineage.
Story 4
The Hakugyokurou Sword Festival was a festival that was held to liven things up for an egg with splendid sword dances and wonderful music. Swordswomen, people who just own swords, those who play music, and those who just like to dabble in music participated in this festival to try to get the egg to hatch. (Some of them might have had other motives.)
Story 5
The enormous egg was actually a cooking device called The Absolute Egg Chef made by Toyohime! The safety lock that was supposed to be active got disabled somehow! This seems to have been caused by the numerous sword dances and musical performances. The Absolute Egg Chef unknowingly got triggered by all of the festivities! And as a result... it began the burial of Gensokyo with countless egg dishes being churned out one omelet after another...