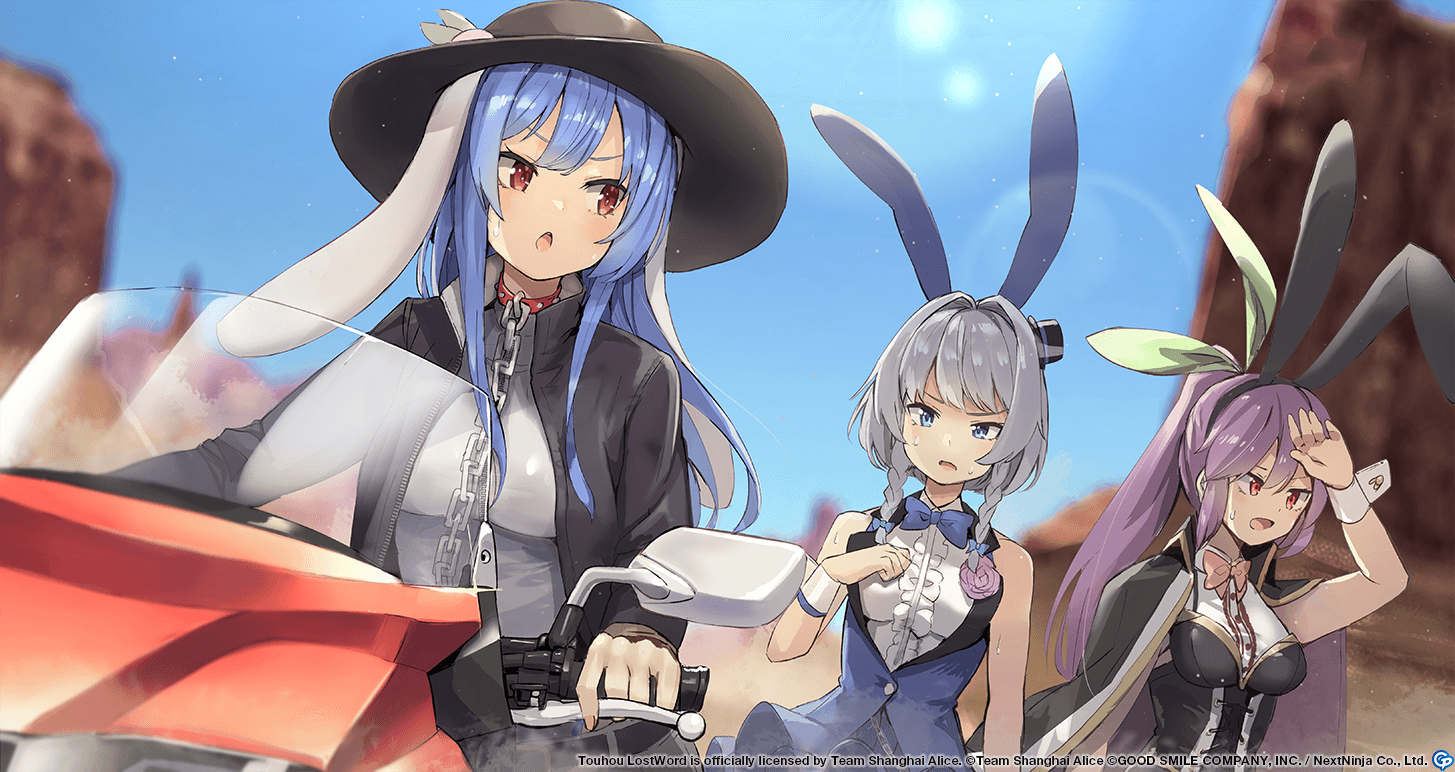 Story 1
Tenshi Hinanawi is the Bunny Bloom Saber Major. At Yuyuko's invitation, she participated in the Sword Festival held at Hakugyokurou with Shion. She heard that there was going to be an enormous egg and thought it would be a good opportunity to let Shion eat to her heart's content. So she went above and beyond to perform the sword dances.
Story 2
Sakuya Izayoi is the Horned Rabbit Silver Juggler. One fine day an enormous egg suddenly appeared in Hakugyokurou. It didn't take long for rumors about the egg to spread like wildfire... In the blink of an eye, Remilia had already got a whiff of the rumors in her Scarlet Devil Mansion. Remilia, a collector of rare and mysterious pets, ordered Sakuya to go and bring back a rare creature if one hatched from the enormous egg.
Story 3
Watatsuki no Yorihime is the Running Rabbit Sword Dealer. There's not a single person who wouldn't agree to have her play the role of an impartial judge for the battles. She was excited about participating in the Sword Festival. But the other two were having a heated argument. Is this when the dealer played her hand?!
Story 4
The Hakugyokurou Sword Festival came to life with two of the performers―Tenshi, who wanted to eat the enormous egg, and Sakuya, who came to check on what hatches out of the egg. Both of their sword dances... or rather, running was on par with each other. Invited by Yuyuko, the three performers began to rehearse for the Sword Festival. At first, the race started out on foot, but then Tenshi got on her bike, and Sakuya used her abilities because neither of them wanted to lose.
Story 5
It was a thrilling battle where both participants were unwilling to back down! No one could take their eyes off the match! Everyone was afraid that if they looked away even for a split second, they'd miss the outcome! Tenshi and Sakuya both returned to Hakugyokurou at the same time. They looked to Yorihime to declare the winner. "It's a draw!" she revealed. However, this was far from over. With the determined look of athletes, they agreed that the winner would have to be decided at the Sword Festival. But they had no time to rest because the pre-festival was just about to start.