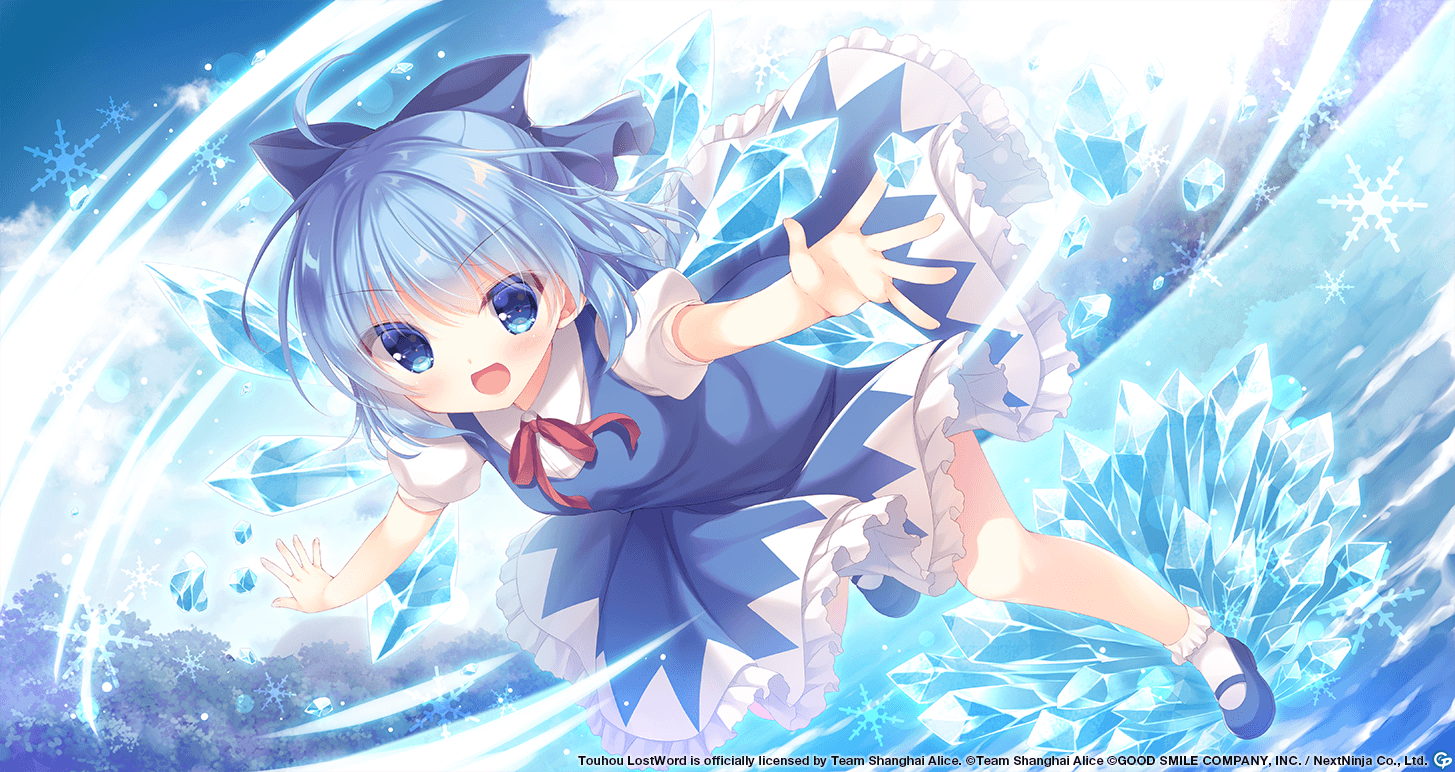 Story 1
Cirno is an ice fairy who appears near Misty Lake. She is the so-called leader of the fairies near the lake, and she is stronger than the average fairy there. She is often seen with Daiyousei.
Story 2
Cirno can instantly freeze small objects with her ability to manipulate the cold. Possibly because of her lack of control, her surroundings are always cold. Daiyousei may be resistant to the cold if that's the case...
Story 3
Fairies are the embodiment of natural phenomena, and their habitat is wherever nature is. Because Gensokyo is covered in natural environments, fairies are a common sight. They have no need to eat, but they are often seen copying humans eating. The fairies find enjoyment in stealthily pinching food from the humans.
Story 4
Cirno may possibly be the strongest of all fairies. But her strength only extends to her ability and not her intelligence. A lack of consideration for the consequences brought about by their actions is a hallmark of fairies.
Story 5
After the children have left school, Keine holds classes for the fairies and youkai. Cirno probably yells that she is the strongest in all of Gensokyo while in attendance. She may be strong in a battle of bullets, but her lack of arithmetic skills is even stronger...