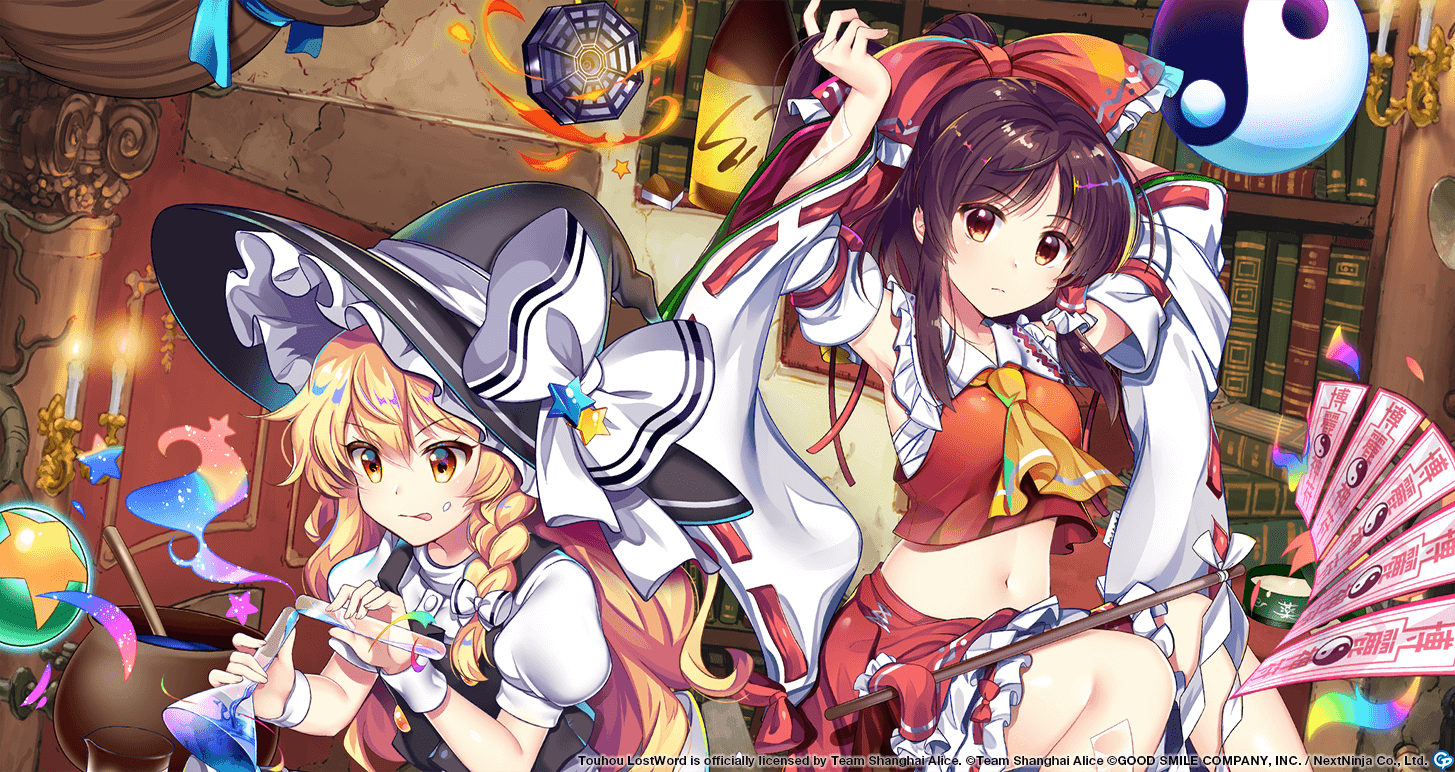 Story 1
You may have seen something similar to the story of these girls before, but while it may have been the same, it was also different. From now on, this story will become a memory of your own, so please remember this. There is a world for those who have been forgotten to wander...
Story 2
Lost Word—a word that has been lost from the world. A word that has been lost can no longer be spoken, so it will never leave anybody's lips. It is in effect the same as ceasing to exist.
Story 3
Is it possible to take back something that has been lost? Is it possible to remember something that has been forgotten? Even if the memories of the girls' adventures have disappeared, their experiences should still be somewhere within them. Hopefully it won't be long before we can once again read the letters that have been lost to us...
Story 4
Gensokyo—the place where those that have been lost or forgotten from the outside world gather. In that case, where does a word that has been lost from Gensokyo go? Does it return to the outside world, or is it drawn to another Gensokyo unknown to us...?
Story 5
In this story, you search for what has been lost, but there is a great contradiction in that premise. How can someone find the story they seek if they have forgotten losing it in the first place? This story is the biggest mystery of them all... Whether this mystery is solved or not is up to you.