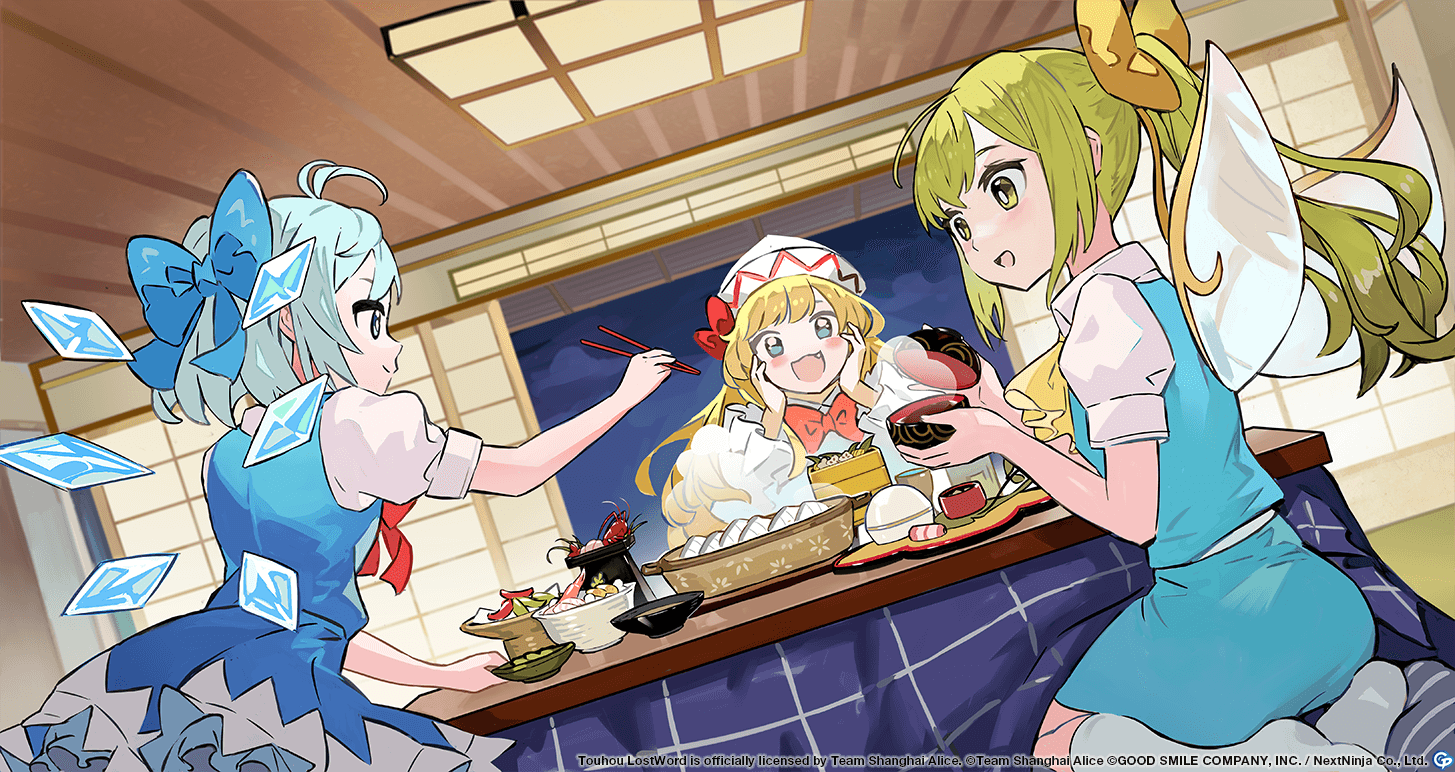 Story 1
"Wow, this tastes really good! What kind of meat is it?" *munch* *munch* "The taste of spring, how delicious!" "Especially this soup... even though it's a phantom." Hakugyoku Arena specialty: cooked phantom... Can a phantom even be cooked? Where does the phantom go after it's been prepared? "A good cook never reveals their secrets," says the young hostess.
Story 2
There are many theories for what happens to a soul after death. One is that it splits into Yin and Yang and returns to the heavens above. Another states that it is split ten different ways and that each part represents a different emotion. Perhaps this is similar to how there are different standard cuts of meat depending on the time period and location.
Story 3
"Once we get back to our world, let's go on more adventures, Dai!" "I'll also give it my all, but only in the spring!" I don't think I'll forget that exchange for as long as I live... even if my time as a fairy were to end. Hopefully, I can carry this memory with me forever.
Story 4
There are still many questions pertaining to the connection between phantoms and memories. Most phantoms are thought to be spirits of the dead because they arise after death, but if you consider a portion cut from the soul to be a phantom, you could say that some phantoms are sprits of the living. The soul is constrained and motivated by the worries, fears, spite, and other intense emotions of the person. A split of body and soul may also signal a split of the mind and personality... possibly.
Story 5
"..." The fairies are silent, since they have lost the portion of their soul that gives them speech. Do the fairies have memories and emotions even if they cannot put them into words, or do they simply wander the Netherworld along with the cut off pieces of their souls? Nobody knowsâ€•at least, not yet.

Scroll Exchange Has Been Added To LostWord!

NP3 Anastasia Vs NP 1 Da Vinci
In terms of farming is Np3 capable of making up for Anastasias lackluster Np damage. I…
Superhuman Orion General Discussion
I’m going to assume that the fact we’re in the LB5 pre-release campaign right now…
Who is the better Waifu? (Rin faces)
Click to view the poll. 48 posts - 16 participants Read full…
Which command codes are good in Scáthach?
Hi, i’d been out of this game like for a year, adn i got back recently and well, in…
Thanks Giving missions glitched
i’ve been killing skeletons for a day now and swimming in bones which are RED but the…
Read More