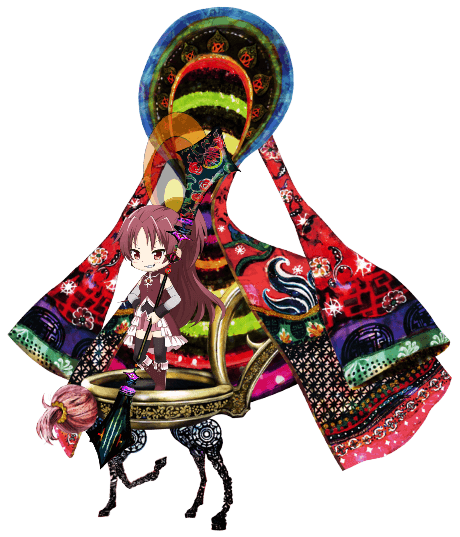 Damage ALL Enemies (Weak Element Bonus)
Doppel: Deals 869% damage to all enemies, double on weakness.
Blast UP ALL
Buffs all allies Blast Damage by 65% (3 turns).
Attack UP
Buffs Attack by 55% (3 turns).

Doppel Detail (May Contain Spoiler)
The master of this emotion doesn’t trust its mysterious power, she only borrows its weapon and wields it herself. To the master, it's no more than a hateful thing that drags up her painful past due to its power, a dubious hypnotic magic that controls mist to produce illusions. But even still, it possesses her regrets, hidden deep in her heart, so she allows it to aid her somewhat in battle, though she remains suspicious of it. The Doppel itself is the fluttering kimono-like thing, while the candlestick holder the master rides is a separate being altogether.