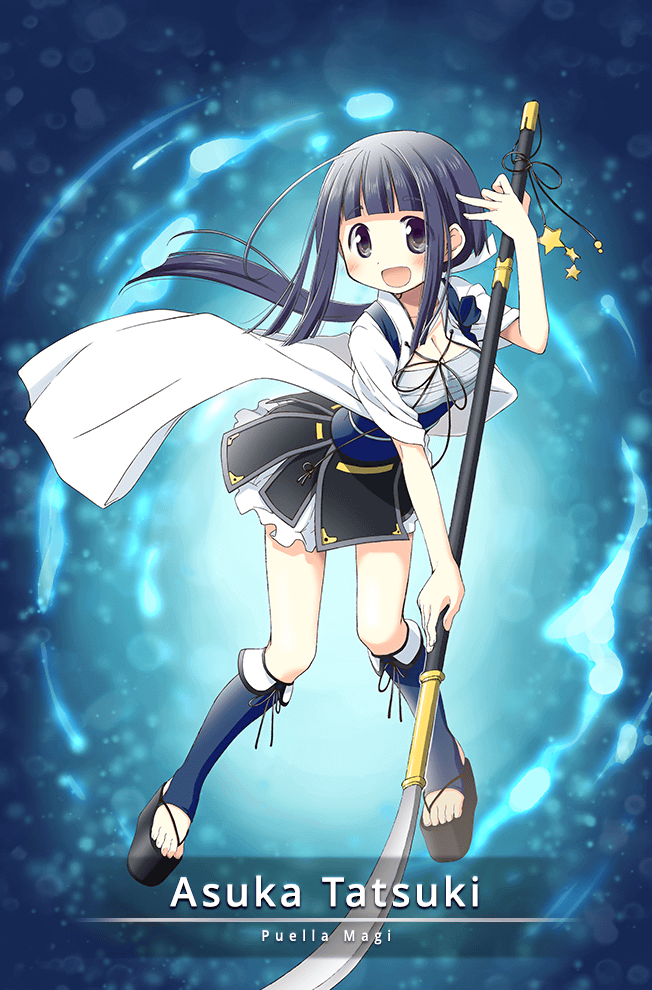 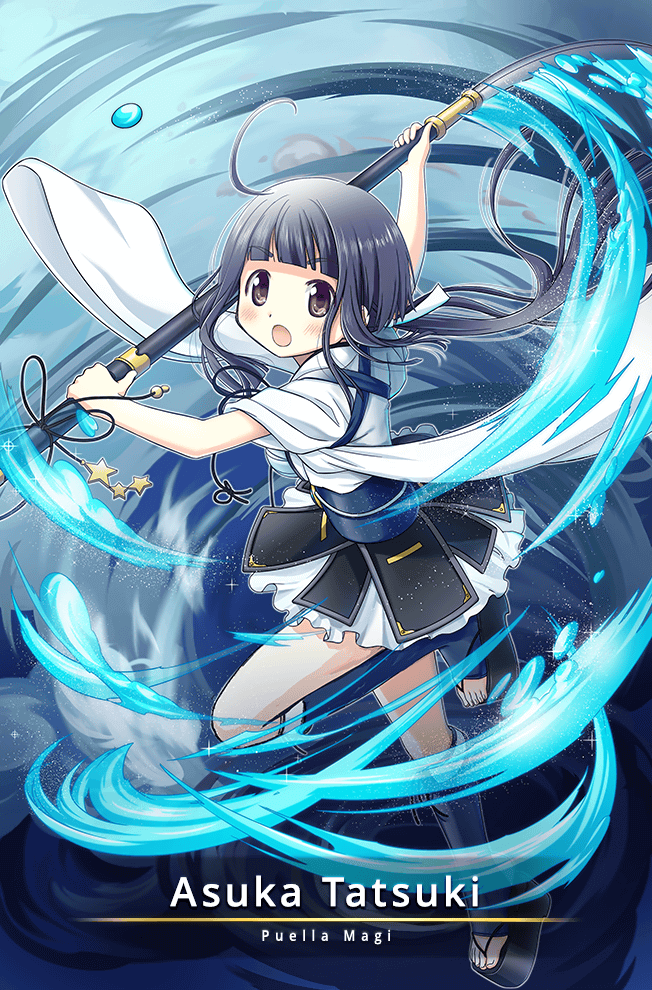 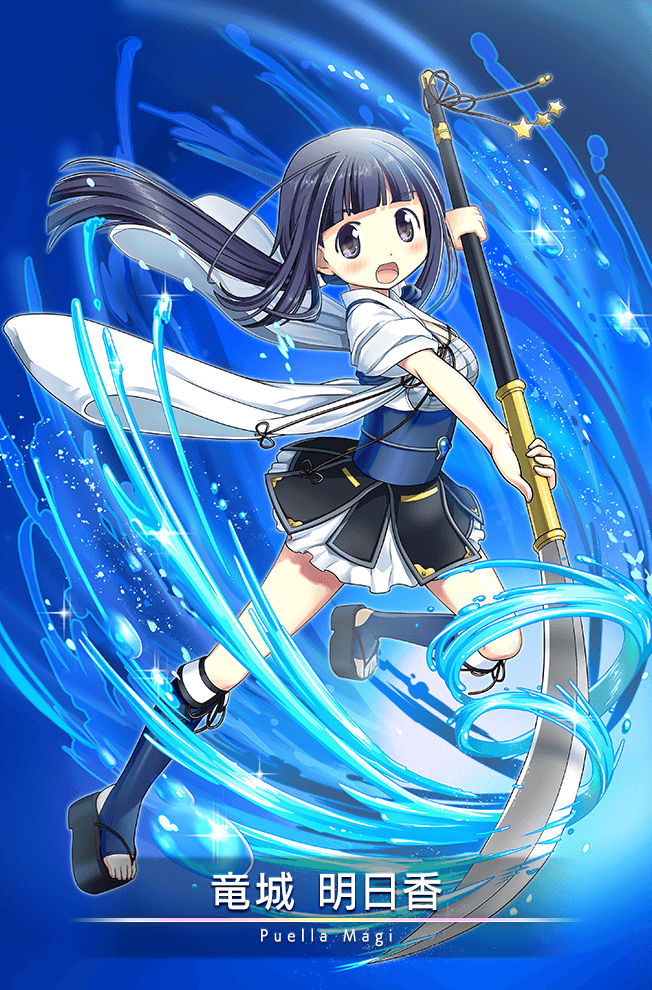 An assistant Naginata instructor at the Ryushinkan Dojo and Magical Girl. As the only child of the Dojo Master, she trains hard everyday. She is disciplined, but also absentminded, and that absentmindedness can get her into trouble. 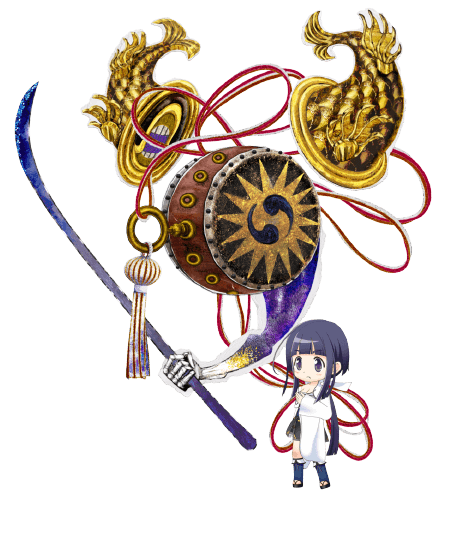 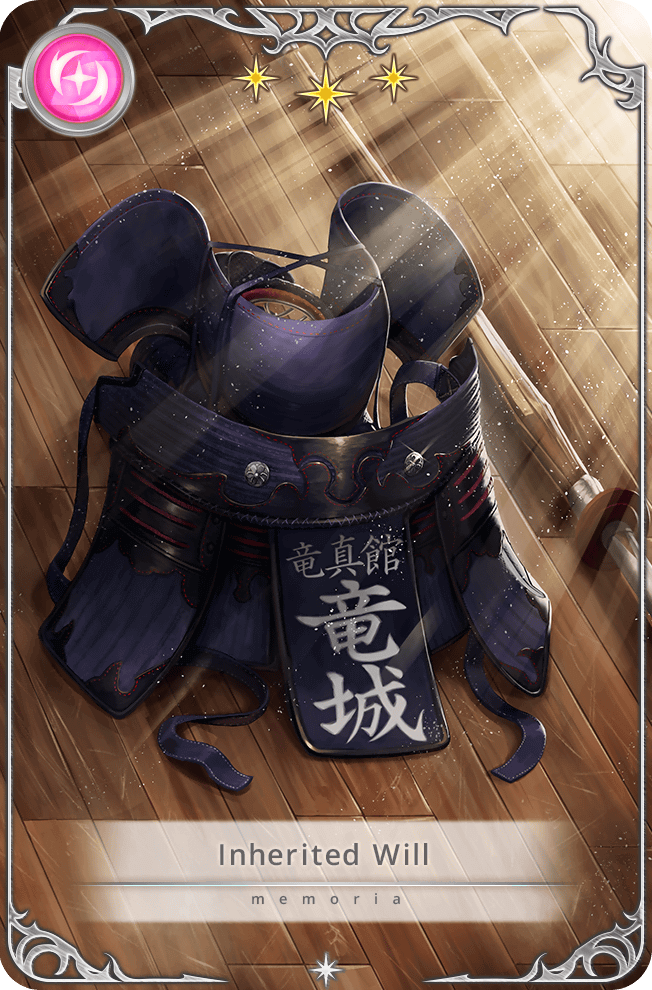 With three blast discs, Asuka can easily blast combo on her own and help to inflict damage the more targets there are and she'll work well as a defense unit on a blast team.

However, her connect and type work best with another defense unit where Asuka can use her connect that causes provoke and damage cut while someone else does the real damage.

At 5 stars, Asuka's magia will also grant her HP regeneration which is a good boost for a defense unit.

Connect is at odds

Even though Asuka has three blast discs, her connect and type are more oriented towards defense. Because of this, you probably won't use Asuka very much for any kind of direct damage, and instead use her to soak up the damage for others with her magia attack (which is sadly single target).

As far as defensive units go, Asuka has the best disc pool. Her personal memoria grants her Guts, which will help her live through some of the attacks she'll redirect towards herself. Since her personal memoria has only a 7/8 cooldown rate, it's actually well-suited for use in Mirrors.

Her connect will grant Taunt and Damage Cut, so if you're running a three-girl team and Asuka connects to your glass cannon, it's over. Like other defensive units, such as Kirika Kure, it's best to have her get hit but not actually do any hitting herself.

"Onward to the Light" will increase blast damage, which is perfect for a girl with three blast discs.

"Power to Protect" will grant damage cut as well as increase Asuka's defense stats further the more damage she takes.

"Inherited Will" will grant her Guts for three turns and it has a low cooldown rate. 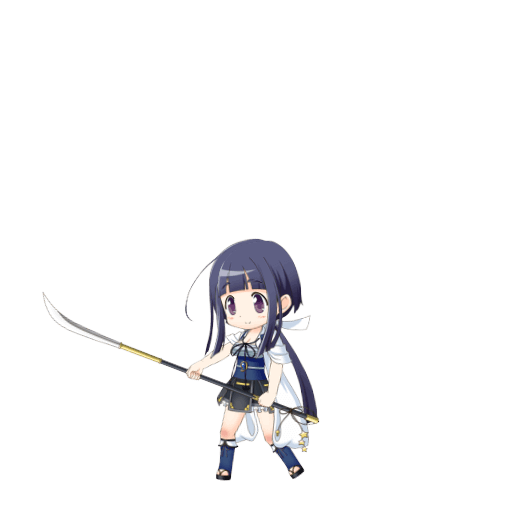 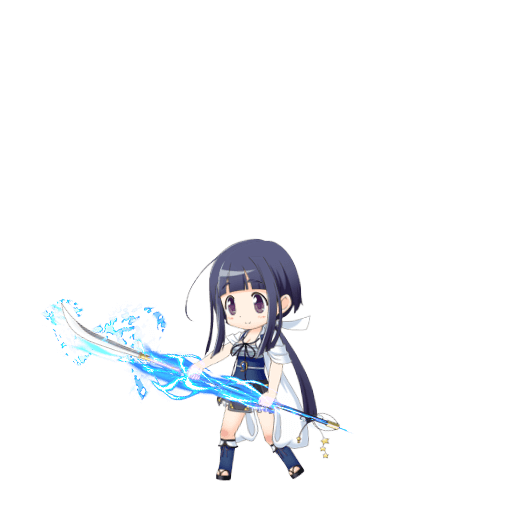 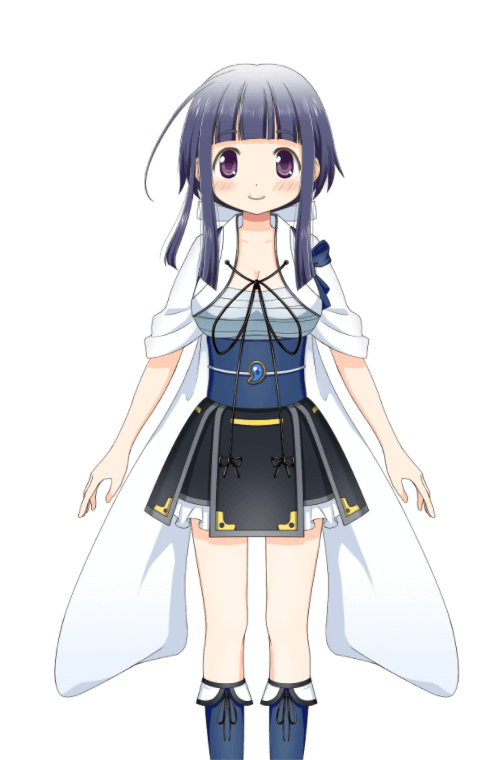 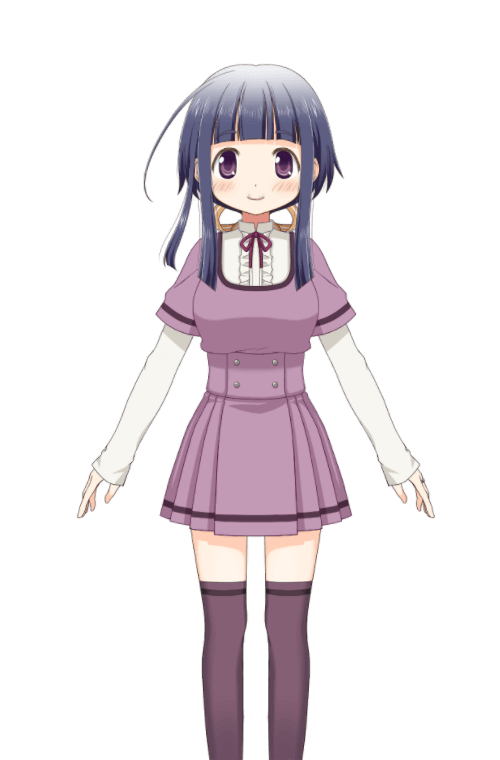 A magical girl who aims to become a licensed tutor at the Ryuushinru dojo.

Asuka Tatsuki's cousin once dreamed of becoming a police man, but her uncle ran for mayor and roped Asuka’s family into being his election staff.

Unfortunately, he was caught bribing people for votes which ruined her cousin’s dreams of becoming a policeman. She then contracted with Kyubey and wished for him to fulfill his dream.

Asuka is quick to self-flagellate or try to commit ritualistic suicide for her perceived faults but Sasara Minagi always stops her.

Read more of Asuka's story on the Puella Magi Wiki.