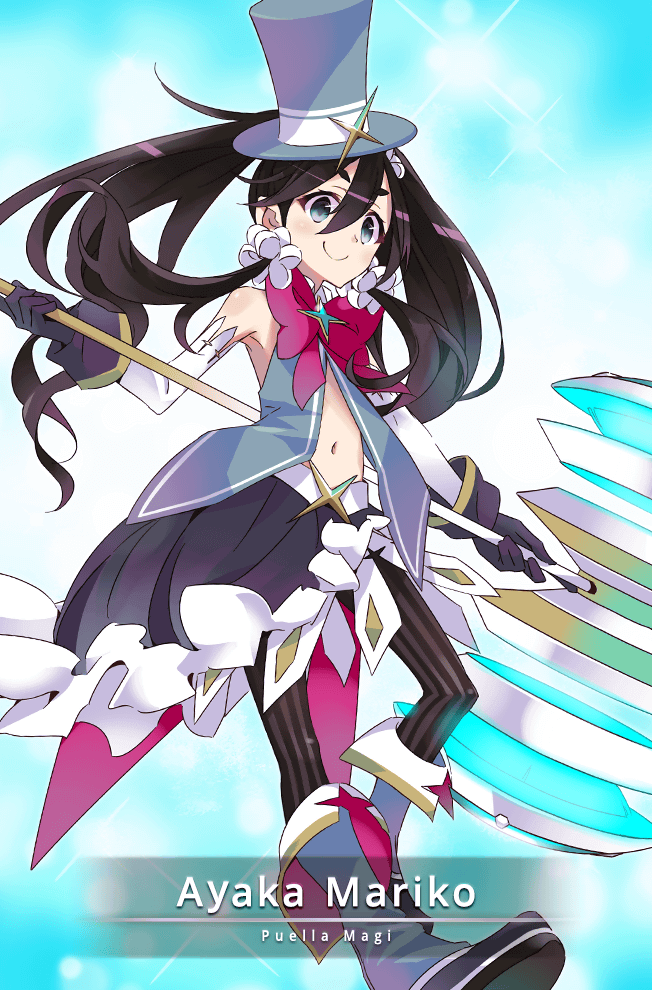 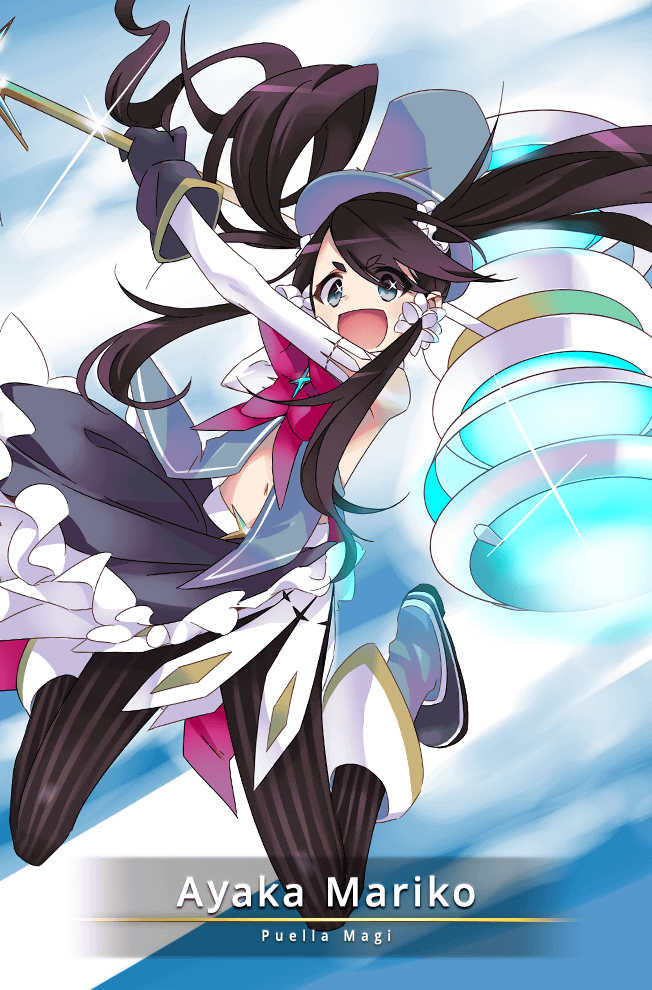 A Magical Girl who used to be dark and pessimistic but is now bright and optimistic thanks to her wish. Unlike her old self, she has a positive attitude no matter what happens. However, beneath that smile, she sometimes feels guilty about her new, fake outlook on life.

Smile and the World Smiles Too 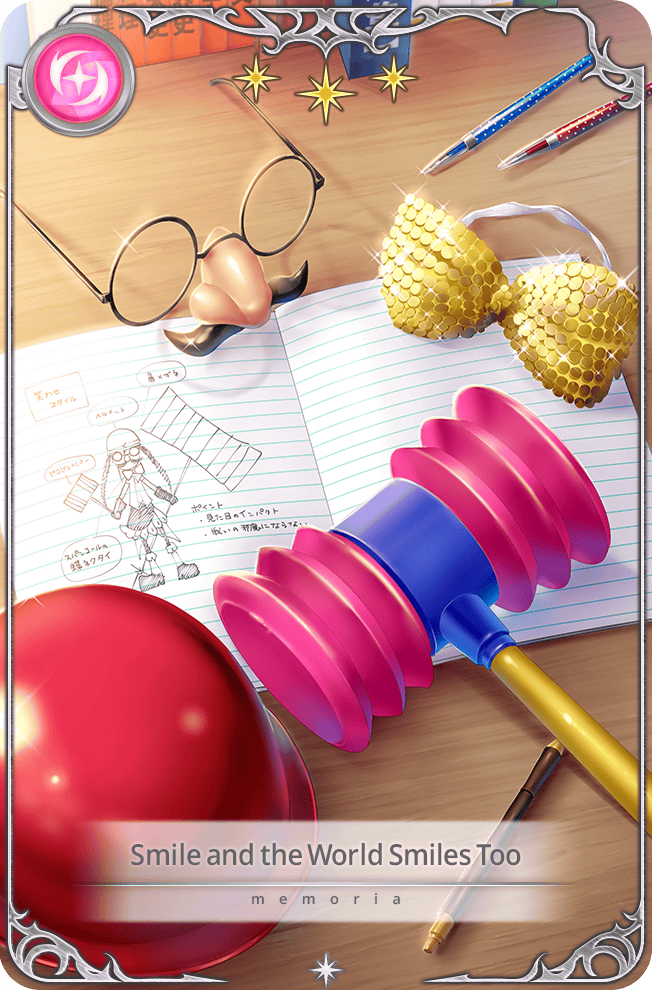 Her personal memoria replaces your current pool of discs with just blast discs, which is great for pulling off blast combos.

Guts is only good for a single fatal hit, which means if your girl is already on its last HP when you connect to her, she's likely to die on the next turn anyways. Other girls give a better Critical hit rate on connect. As for magia, it hits only a single target and increases defense. Other girls such as Kako Natsume can remove debuffs with their connect, so having it on a magia isn't that great. There are other defensive units that work better than Ayaka

Ayaka's connect grants Guts which is only useful for a single fatal hit, which won't last long or do you much good in the intense world of Mirrors. Her magia especially won't help for much since status effects aren't that big of an aspect in Mirrors. Lastly, the immense cooldown rate of her personal memoria renders it unusable here.

Smile and the World Smiles Too

"World Smiles Too" will replace your disc pool with just blast discs. 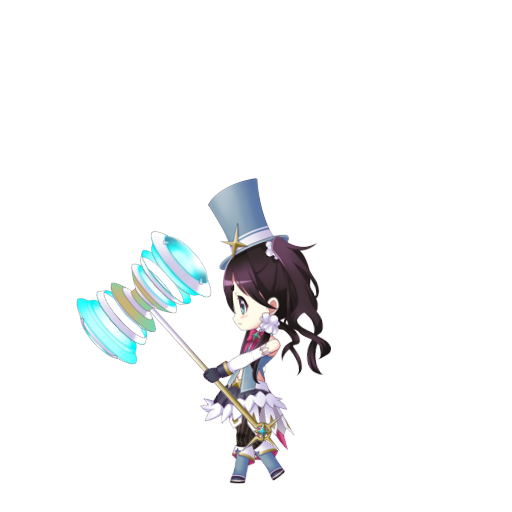 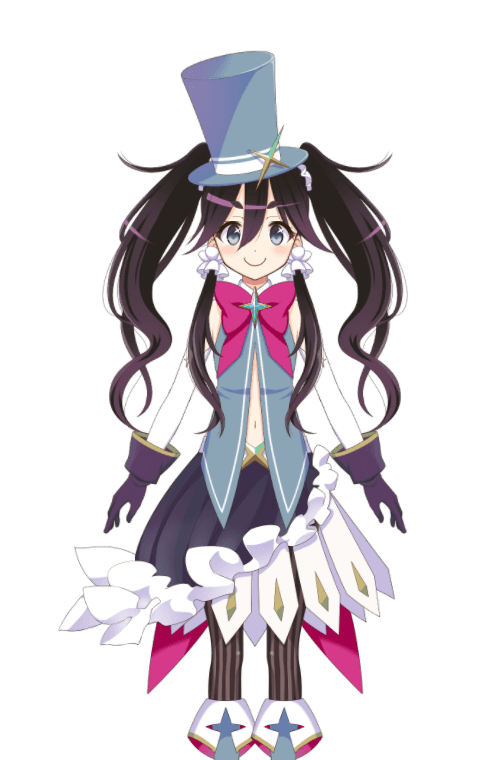 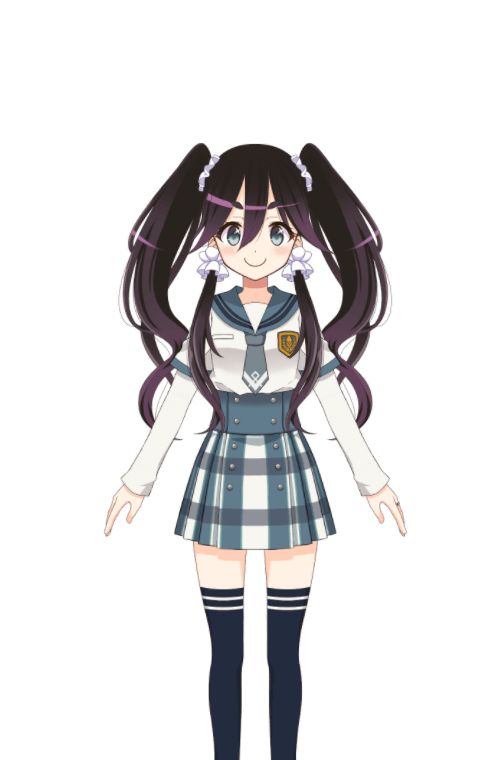 An energetic, happy-go-lucky magical girl who loves to tell (bad) jokes to cheer others up.

Ayaka Mariko was once a gloomy and morose girl, whose best friend was always smiling and laughing. When Kyubey approached her, she wished to become as bright a person as her friend. Now, Ayaka can be found trying out her unfunny comedy routines at comedy clubs or telling bad puns.

Ayaka stumbled upon Shizuku Hozomi one day, inviting her to a comedy club showing and pressured her into going. The show bombed, but that didn’t stop Ayaka from going to several showings.

Ayaka made it her mission to get Shizuku to laugh. While Shizuku doesn’t always understand Ayaka’s jokes, she can rely on her to be there for her and listen when Shizuku needs someone.

When Ayaka cheered her up the first time, she believed that it was due to her wish since it was her friend that was bright and friendly. However, Shizuku believes it was Ayaka and not her wish that cheered her up. This gave Ayaka the confidence to go on.

Read more of Ayaka's story on the Puella Magi Wiki.