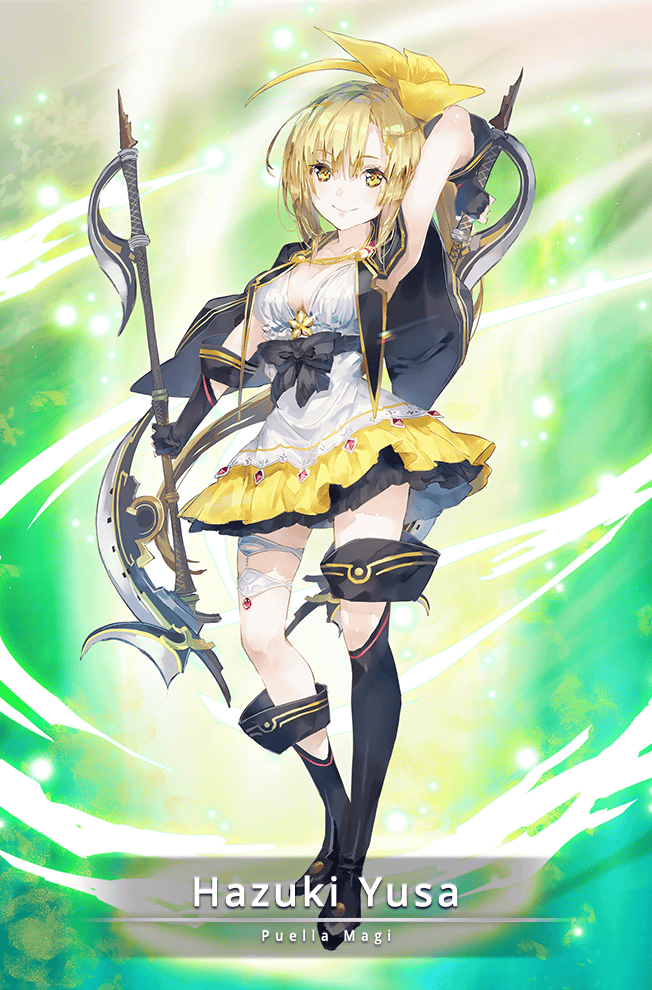 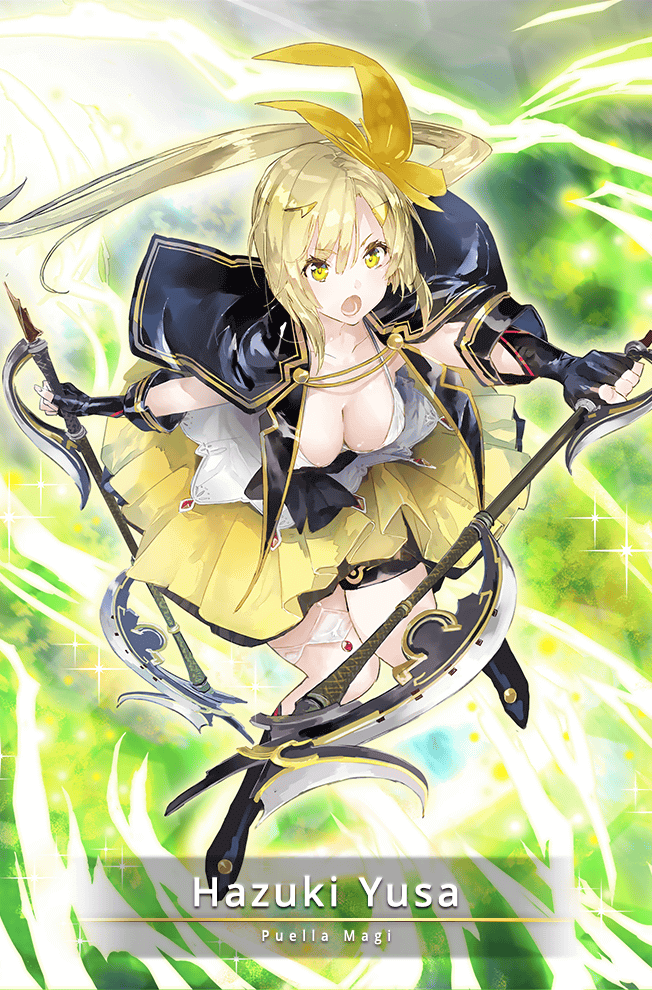 A Magical Girl raised in an orphanage. The Azalea House took her in after an accident on a family trip claimed her parents. Despite her tragic childhood, her personality is bright and cheery, and she's talented at getting along with others. 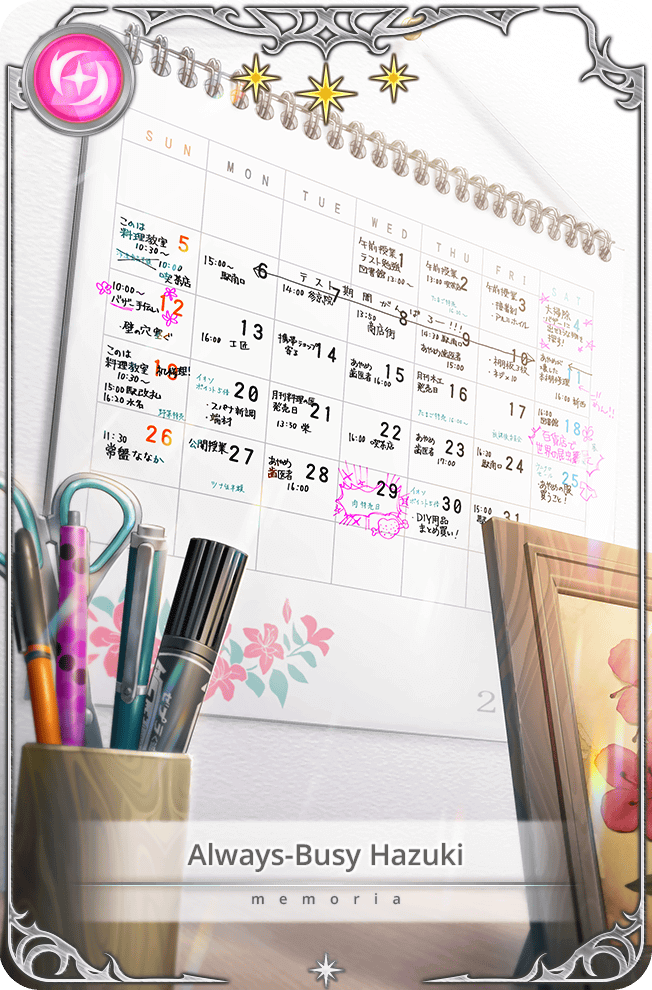 Hazuki's connect increases the amount of damage dealt as well as Cursing any targets that are hit. Curse is a particularly good status effect since it increases the amount of damage received by an element the target is weak to, as well as preventing them from recovering HP by any means. This can be a good skill to have when fighting against bosses or other magical girls.

For a 3 star girl, Hazuki's stats are rather average. Her stats don't stand out amongst the other girls for good or bad. Her personal memoria grants skill quicken (lowering the cooldown rate of memoria), but since a lot of the personal memoria have really high cooldown rates of 15 (including this one) it's not a skill that's particularly useful.  Her magia is not the best, nor the worst. It lowers the attack stats of the enemy and curses them at 4 stars.

Hazuki's connect will increase the amount of damage output, which is a good asset for Mirrors.

Her stats are fairly average as far as common girls go. Curse is a really good status effect to have in the beginning until "My Bible" gets released, which will prevent the curse status effect from taking effect and rendering Hazuki less useful.

"Warm Christmas" is a good memoria to equip on a girl with two charge and two blast discs. 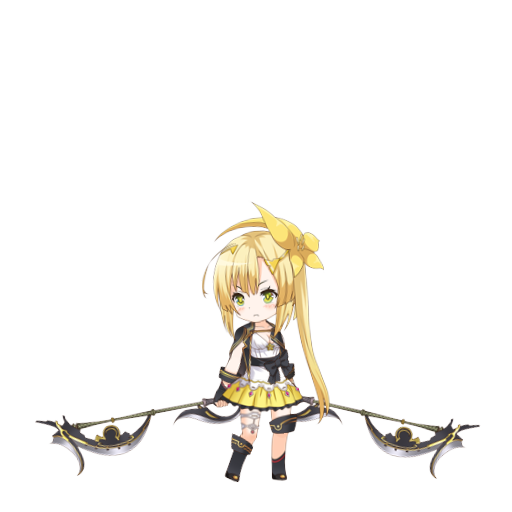 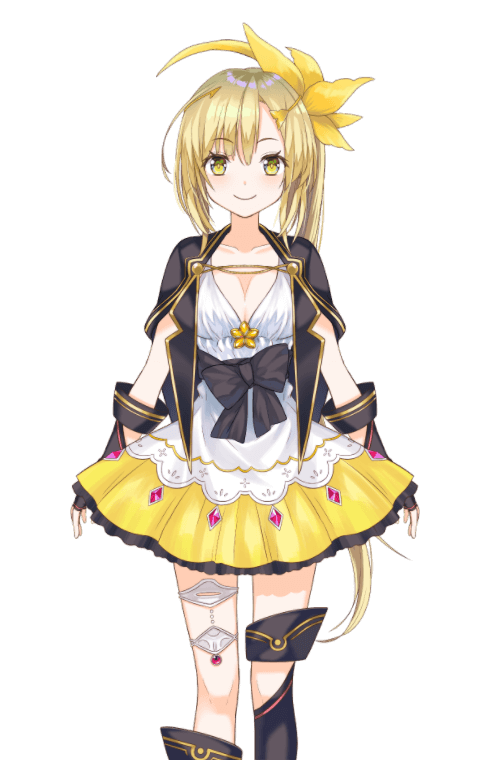 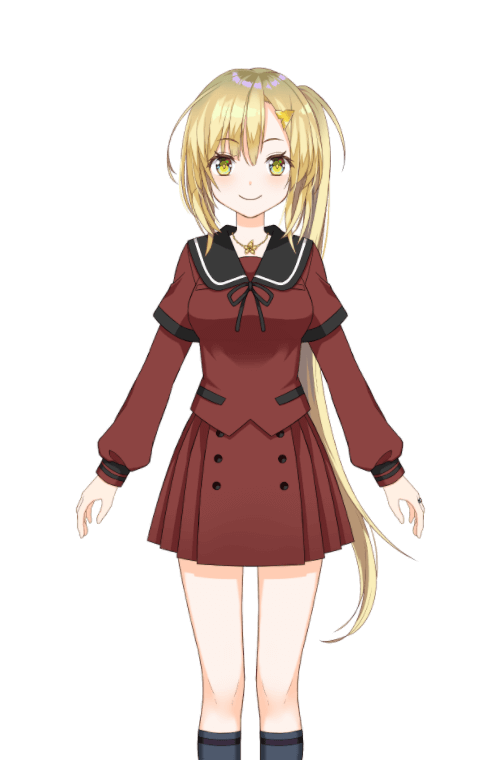 A bright and cheery magical girl who is adept at negotiating and lives in the Azalea House.

She calls a meeting between her team and another to decide how to distribute the spoils of battle, should they ever meet up while hunting for witches. While the other team suggest a “first come, first served” approach, Hazuki worries that the method will only lead to more arguments. A girl on Hazuki’s team, Ayame Mikuri, then suggests having a rock-paper-scissors match to decide who gets the grief seed. Meiyui Chun disagrees, stating that there would be no time to have a rock-paper-scissors match on the battlefield. Hazuki asks them to try it out anyway, leading to a rock-paper-scissors tournament. After Meiyui uses martial arts to win by changing Ayame’s hand from rock to paper, the two teams start to argue. Hazuki tries to diffuse the situation by adjourning the meeting and asking to meet back up.

The next day, Hazuki suggests that both teams can fight at the same time, receiving a proportional amount of the grief seed. Both sides agree to this proposal, and Hazuki then asks both teams to hunt witches together. After tracking and defeating the witch, Hazuki and Nanaka Tokiwa meet alone. Nanka confronts her about manipulating the groups to get the result she wanted from the very beginning. Hazuki explains that she didn’t manipulate anyone, but wanted Konoha Shizuri to spend time with other magical girls, as she’s introverted and shy. She also wanted her team to have connections to other girls in Kamihama, and both girls agree to work together more often. Hazuki is happy how everything turned out, and commits to keep contacting other magical girls.

Read more of Hazuki's story on the Puella Magi Wiki.