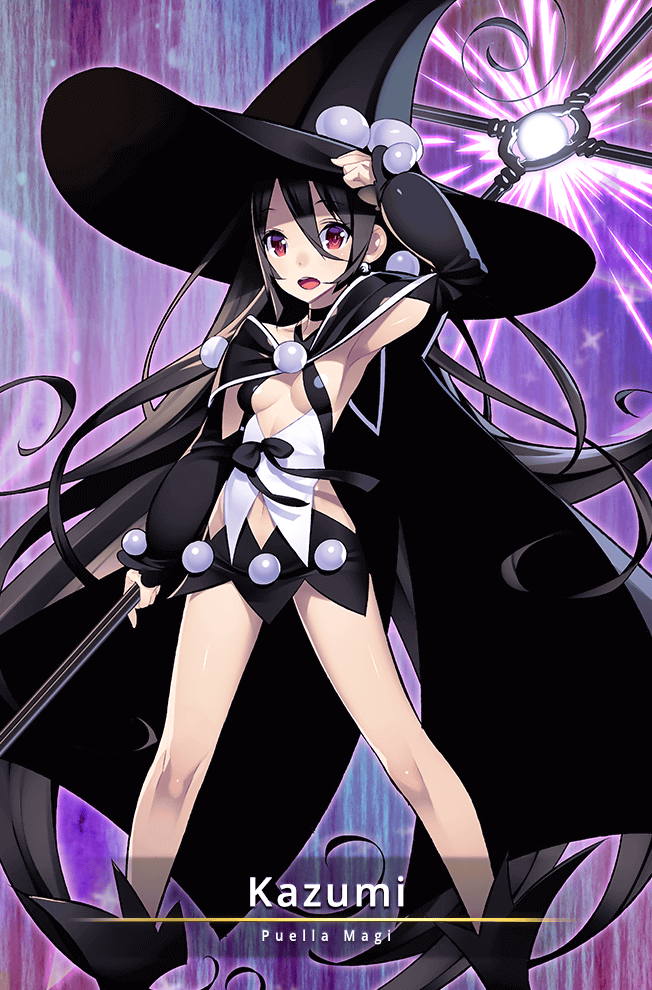 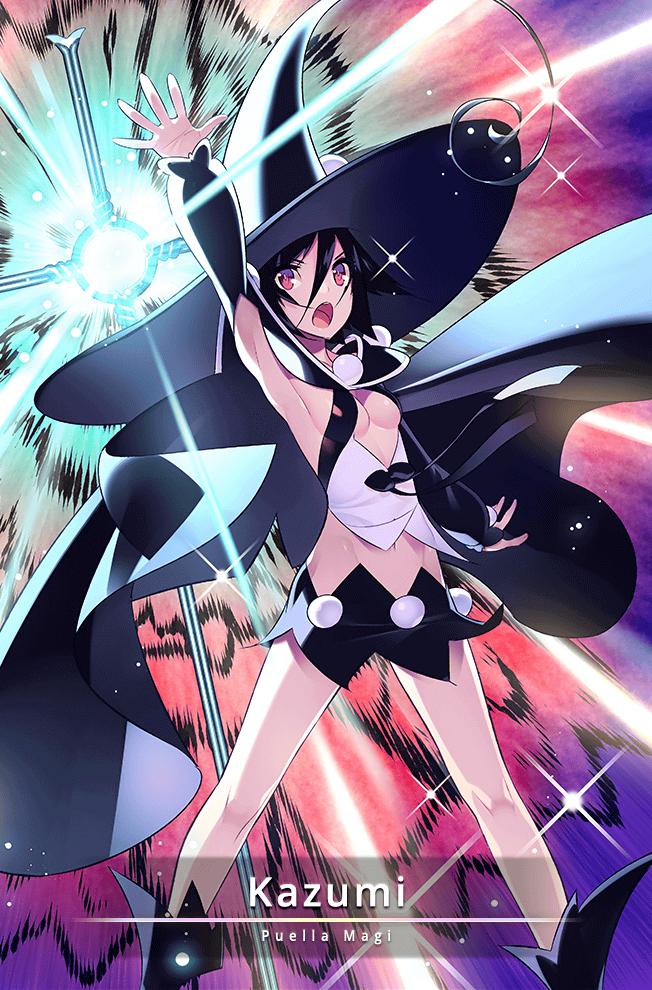 A Magical Girl from Asunaro City who lost her memory. She lives with her teammates, Umika Misaki Umika and Kaoru Maki. Food is a huge motivation for her. Not only does she like to eat, she's a skilled cook too. Her hair points to where Witches are. 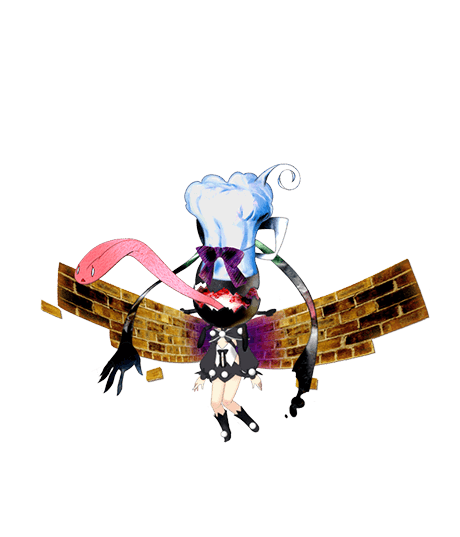 Damage ALL Enemies
Doppel: Deals 924% damage to all enemies.
Blast UP ALL
Buffs all allies Blast Damage by 65% (3 turns).
MP Restore
Restore 41.5% MP.
Draft & Supervision: Idea/Supervision: Hiramatsu Masaki / Tensugi Takashi
Doppel Detail (May Contain Spoiler)
The master of this Doppel is much more particular about food than most. It wants to feed on anything within reach, and it does not care whether it eats Magical Girls or Witches. It is a chef born of the desire to eat itself, a Doppel of gluttony that devours all and returns it to nothingness. It has several plates prepared on its table at all times. Should you find yourself at its table on the battlefield, be careful you are not part of the meal… 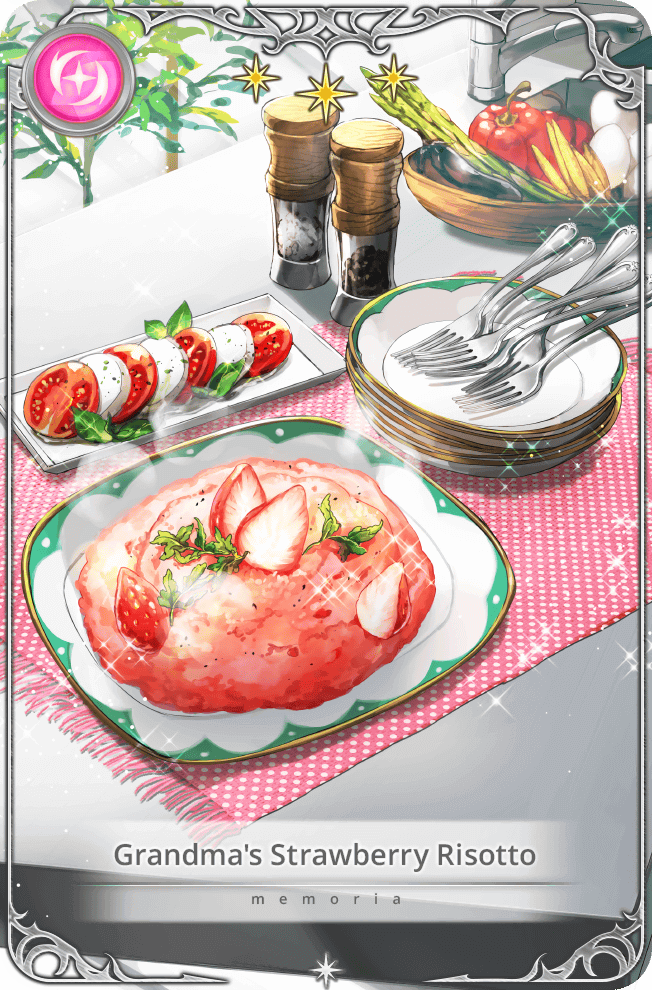 Both her connect and magia will increase blast damage which makes Kazumi perfect for blast-oriented teams. Her connect also grants the ability to ignore the enemy's defense so their hits really hurt.  Her magia hits all targets and restore's Kazumi's MP so she can build up her own MP fairly quickly. Her two blast discs and two accele discs make it easy to place her in either type of team.

She's an attack type so her defense isn't very good. If possible, try to get more slots for your Kazumi in order to place extra memoria on her that can help boost her defensive stats. More memorias means more stats to help compensate for your Kazumi's durability.

Kazumi's connect will increase blast damage as well as ignore the enemy's defense, which will make her really shine in blast-heavy teams. She has two blast discs of her own, so her disc pool won't hinder the number of blast combos.

Kazumi is an attack type and that's what she does best, at the cost of her defensive stats. The more memoria you can equip on her, the longer she'll last in battle so she can use her connect to greatest effect.

"Food Stall Paradise" and "What Kind of Person Will I Become" will both increase blast damage as well as increase the amount of MP from Accele discs. "Food stall" is a passive whereas "What Kind" is an active.

"Same Path" will increase her damage as well as regenerate HP helping your Kazumi last longer in battle.

"Midsummer Beach" increases both attack and MP gained, playing to both of Kazumi's strengths. 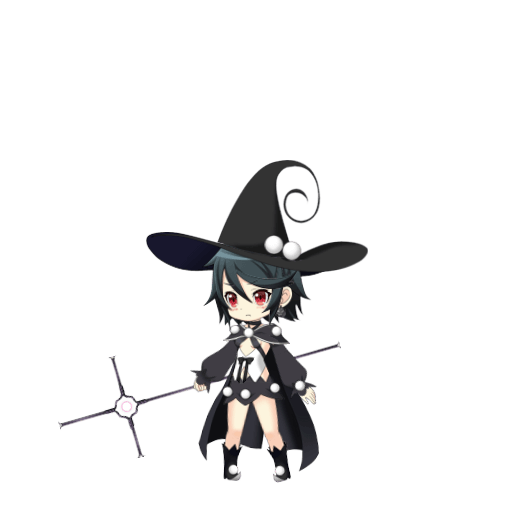 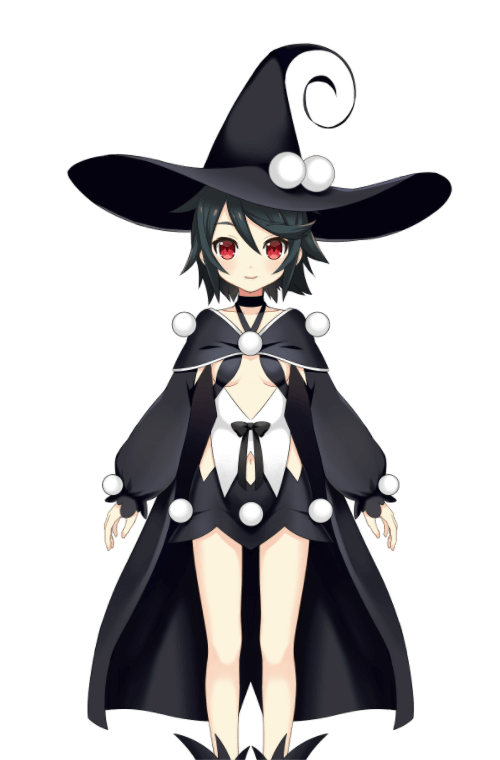 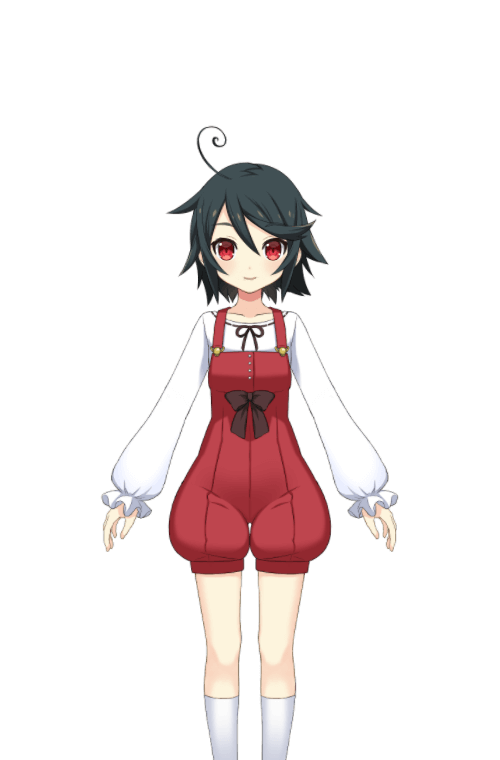 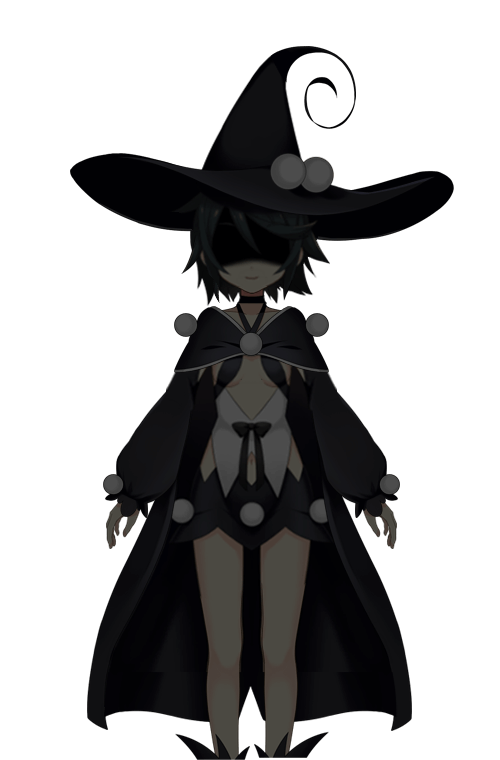 She's a middle school student and magical girl from Asunaro City who's lost her memory.

Despite her amnesia, Kazumi would much rather make a new kind of life for herself rather than be the "old" Kazumi. She lives with her magical girl teammates Umika Misaki and Kaoru Maki. She has a goofy lock of hair that actually acts as an antennae for witches.

Kazumi can be kind of clumsy, but she's a surprisingly good cook. Her favorite meal is her late grandmother's recipe for strawberry risotto. Kazumi was studying abroad when she learned that her grandmother was in critical condition. She hurried home but ended up running straight into a witch's barrier. Fortunately, she was saved by Mami Tomoe who destroyed the witch and told her to get going and to be more careful. At the hospital, the doctors informed Kazumi that her grandmother only had a few days to live as long as she was connected to a respirator but Kazumi knows that her grandmother would never want to be put on life support. Kyubey appeared to offer her a contract and become a magical girl and warns her it can be a difficult life. Kazumi is fine with that and wishes for her grandmother to go back to normal until she lives out the rest of her natural lifespan. Kyubey asks if she's ok with not curing her grandmother's illness as well, but Kazumi doesn't want to disrespect her grandmother's way of life.

After her grandmother wakes up, she asks if this isn't a dream and Kazumi tells her it's her last dream. Kazumi spends the day with her grandmother, who teaches her how to make strawberry risotto as well as giving her advice. Her grandmother tells her never to fall into despair and gives Kazumi her earring-bells, which became Kazumi's most prized possession. The next day, her grandmother passed away peacefully.

Read more of Kazumi's story on the Puella Magi Wiki.