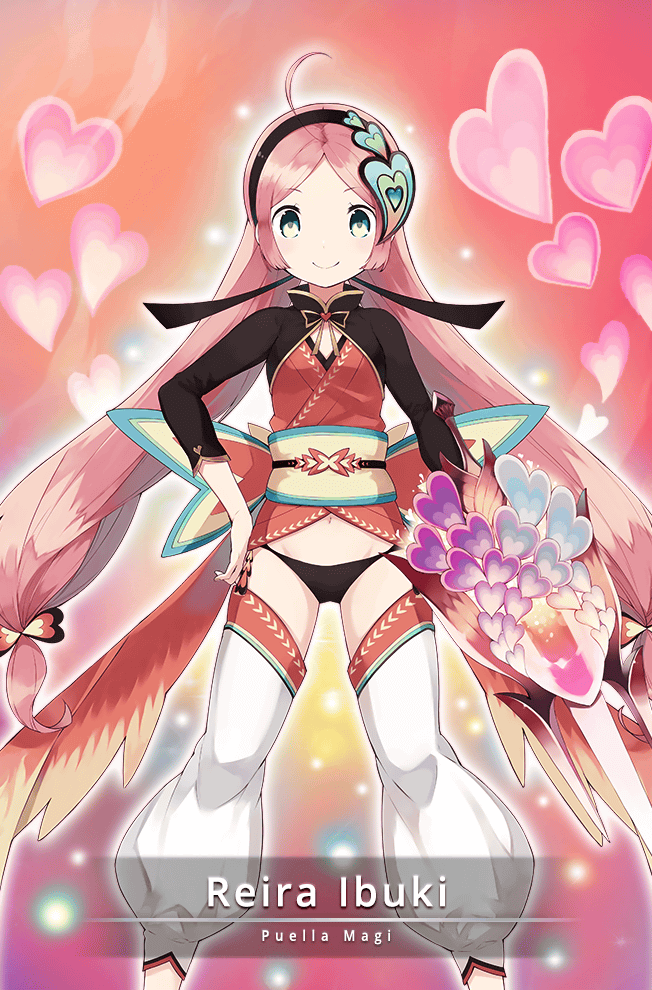 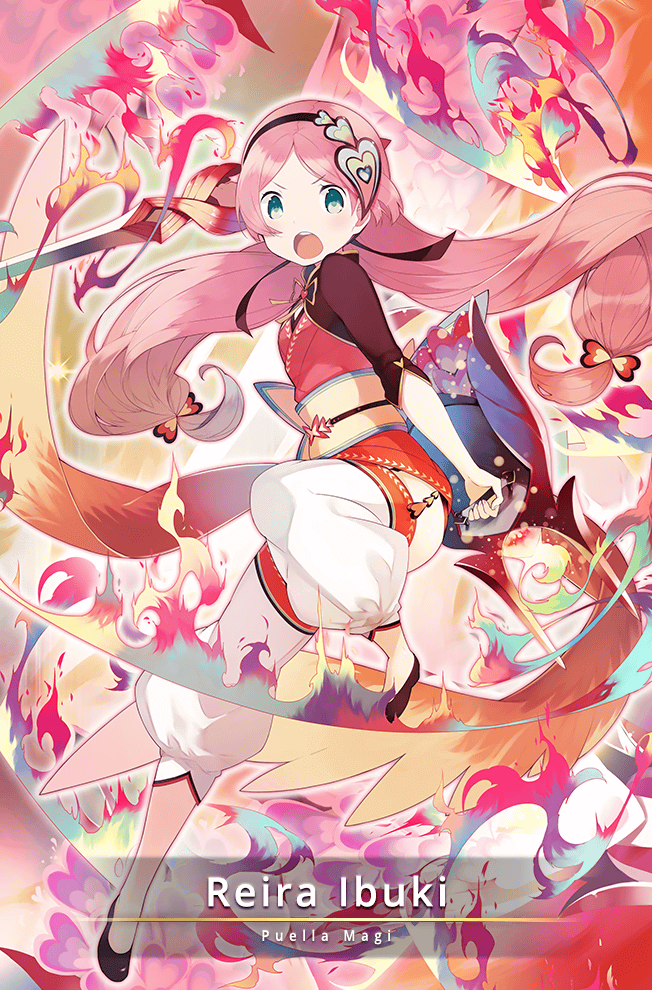 A Magical Girl who lives in an apartment complex in Daito Ward, Leila is cheerful, considerate, and treats everyone with kindness, so people are naturally drawn to her. But her desire to get along with others can sometimes lead to her being taken advantage of. 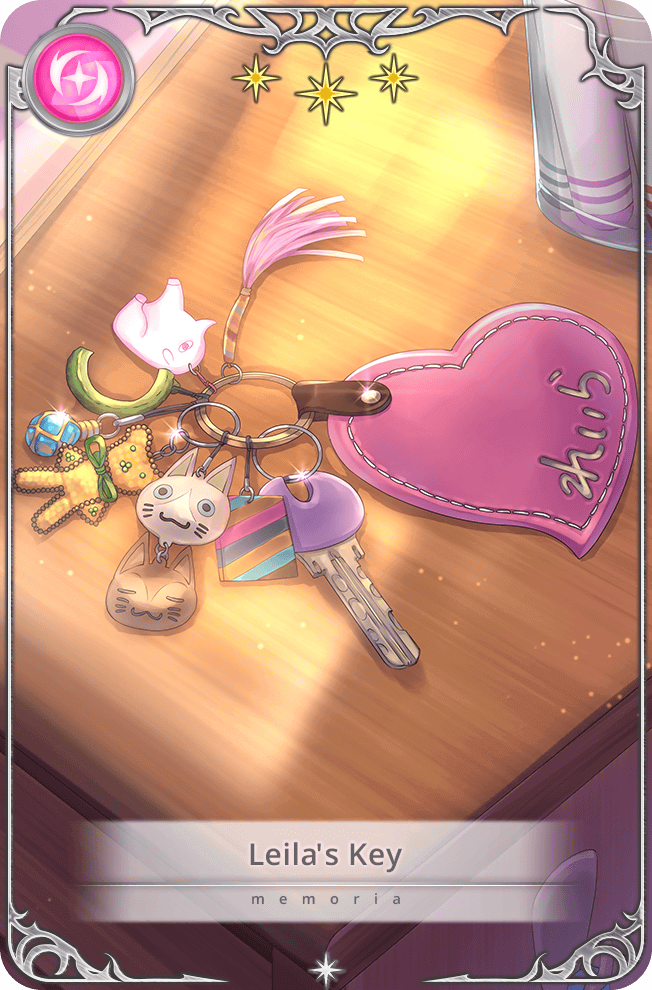 Leila's Connect increases damage dealt while also healing the recipient, allowing them to survive in longer multi-wave battles. The burn is a bonus, further increasing the damage dealt, and making enemies more susceptible to type-effective damage.

Having three charge discs really limits Leila's damage potential, while also polluting the entire team's pool of discs. A full set of charge discs is very difficult to work around, and will likely cause her to be a burden on her team more often than she helps them. Furthermore, her connect lacks the Charge Damage Up effect that is common to many charge gorillas, so Leila wouldn't even be the most effective choice for a rare charge-focused team.

Leila's stats aren't especially bad, but they're very average all-around, meaning that she can't perform exceptionally in either an offensive or defensive role.

HP Restore and Burn are much less likely to play a role in fast-paced Mirrors battles, but their effects can still occasionally be handy. Attack Up is always useful to take out the enemy as fast as possible.

Even moreso than in PvE, Charge Discs are a handicap in Mirrors. Charge Damage being slightly nerfed directly reduces their effectiveness, and the higher prevalence of smaller teams means that Leila's charge discs will often pollute a higher percentage of your whole disc pool.

Being a Flame type with mediocre bulk, Leila won't last very long against the torrent of powerful 5-star Aqua types in Mirrors. She doesn't have anywhere near enough of an offensive presence to make a dent in them before they take her out, either.

As a charge gorilla with mediocre bulk, Leila's only real option is to try to buff her charge attacks as much as possible, to turn her into a respectable offensive unit. Both Starlight Power and Kyubey Knight Breaking through increase her charged damage, while Starlight Power also grants a modest critical hit chance and Kyubey Knight Breaking Through throws in a general attack buff. With both of them, Leila's charged attacks become slightly threatening! 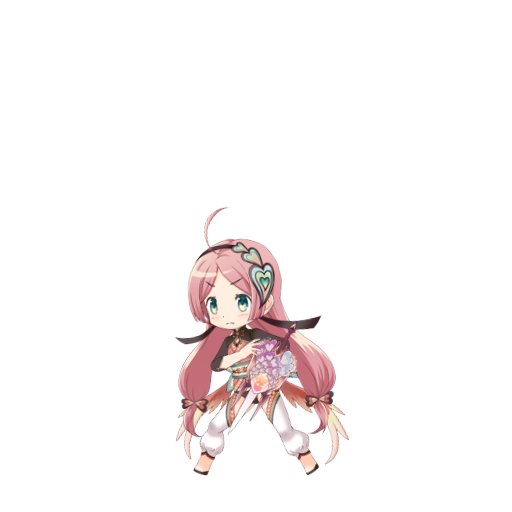 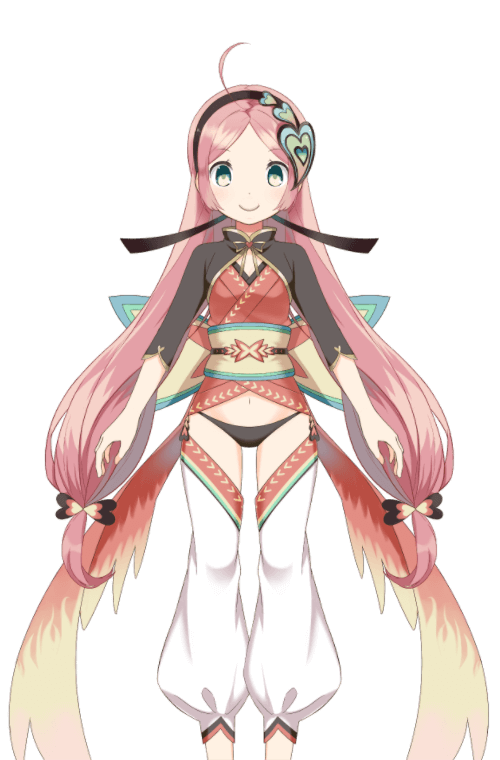 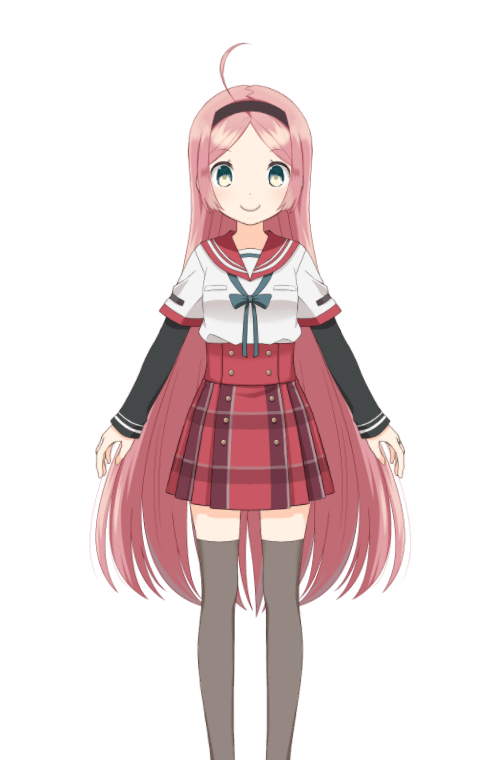 Leila wants to help throw a party for her friend Seika Kumi and is trying to decide what kind of dessert to make, since Seika's mom is already buying a cake. She stumbled upon "Walnuts" restaurant and decides to go inside and get something there. While she did enjoy the food, she wasn't able to find the inspiration she was looking for. She then overhears Manaka Kurumi talking to someone about the restaurant's special walnut cake. Leila asks Manaka if she can order one and finds it to be delicious. After explaining her situation to Manaka, Manaka informs her of the restaurant's cooking classes and invites her to attend. By sheer coincidence, the session of the next cooking class is going to focus on making the walnut cake.

At the cooking class, Manaka notices that Leila is good at making the cake and asks if she's done it before. Leila says she sometimes makes sweets. The cake comes out perfectly, however Manaka soon receives a phone call and she turns to Leila for help. It seems there's a special reservation that has just come in so Manaka won't be able to participate in the desert making contest later that afternoon. Since Manaka can't be in two places at once, she asks that Leila go to the competition in her place as the representative of Walnuts. At first Leila is hesitant, but Manaka assures her she'll do just fine.

Several other magical girls also end up participating in the contest, but their desserts either fall flat or make the judges sick. Despite her initial apprehension, her walnut cake is a huge success and Leila wins the competition! She then makes another cake and serves it at Seika's birthday party with both Seika and Mito Aino enjoying it immensely.

Read more of Leila's story on the Puella Magi Wiki.