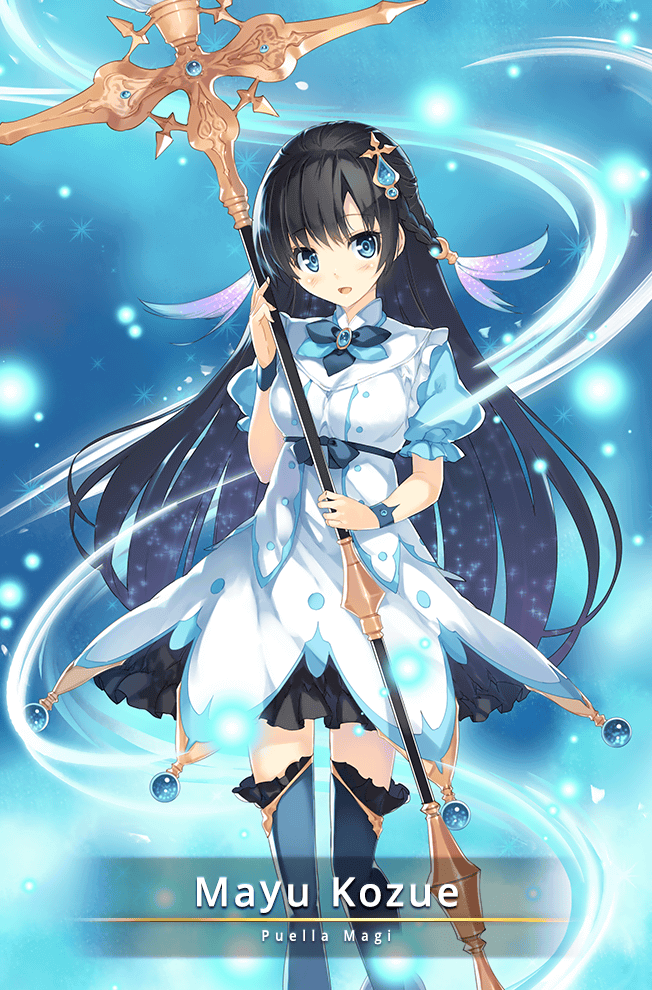 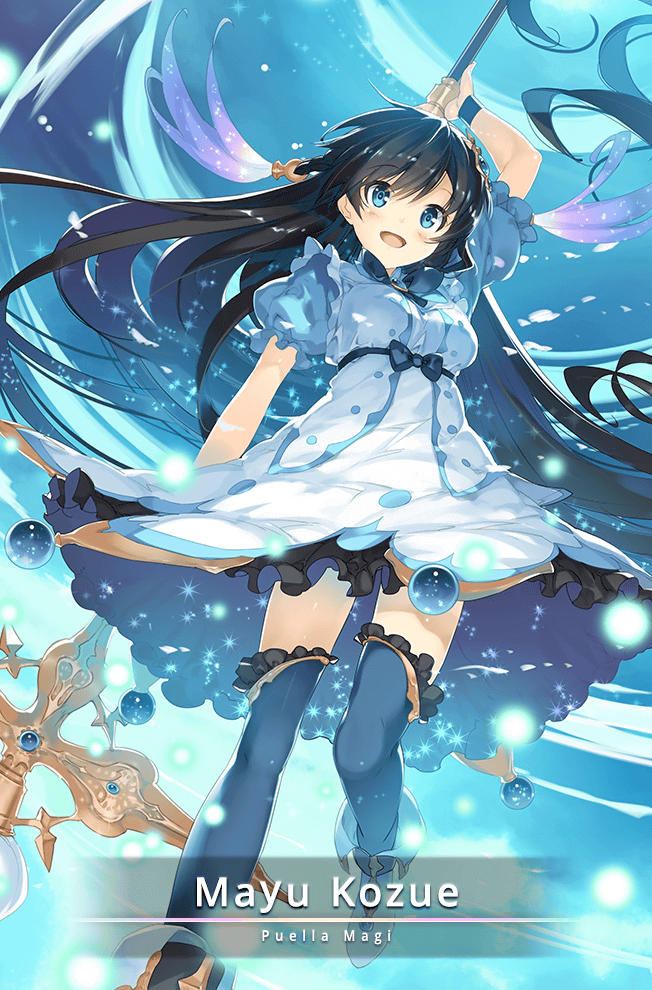 A captivating Magical Girl who unwittingly attracts much attention from men. Her admiration of fatherly figures gives her a tendency to act unguarded around older men. Granted a love of art by her late father, she intends to work in art restoration and got a job at an art museum to realize that dream. 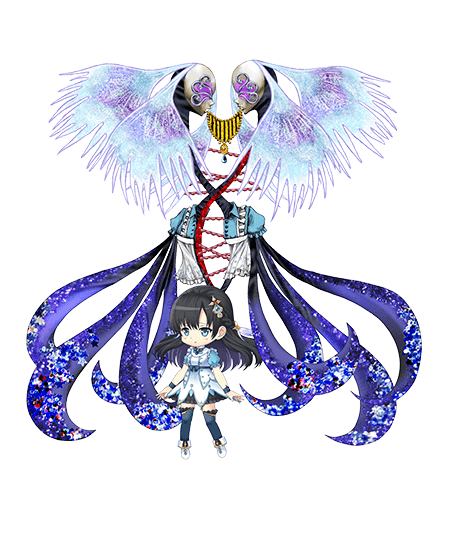 Damage ALL Enemies (Weak Element Bonus)
Doppel: Deals 902% damage to all enemies, double on weakness.
Charm ALL
Charm all enemies (1 turns). Charmed enemies cannot take actions.
MP Regen ALL
Restore 14 MP per turn for all allies (3 turns).
Draft & Supervision: Idea/Supervision: Gekidan InuCurry (Doroinu)
Doppel Detail (May Contain Spoiler)
The master of this emotion is reluctant to admit that her Doppel represents her nature. It has the power to ensnare others' hearts and hold them under its sway. Anyone pulled in by this Doppel will be unable to resist its allure. Many of its victims will devotedly throw their lives away for it; others will find it hard to raise a hand against its loveliness. If she were to use this power to gain too many blind fanatics, however, she would bring about her own end.

I Want to be an Art Restorationist 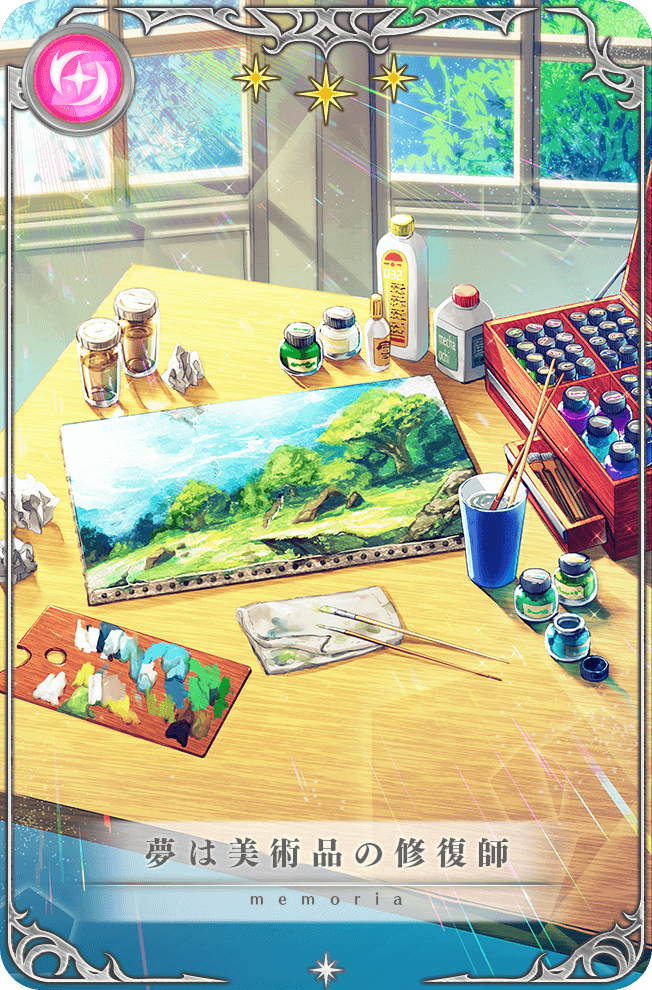 Mayu's Connect allows her to serve in a very similar role to Madoka, being able to quickly boost the MP of her teammates and bring out their Magias. Her Connect gives slightly less of a raw MP boost than Madoka's, but it has the additional Accele UP effect, meaning it has a greater maximum potential for MP restoration. It also swaps Madoka's HP restore for a damage boost, giving her more of an offensive focus, which may be a positive or a negative depending on the circumstances.

Much more Fragile than Madoka

Mayu has a much higher Attack stat than Madoka, but as she shares her role of "supporting MP booster", Mayu's much lower Defense and HP typically overshadow this. Mayu desperately wishes she had anywhere near Madoka's staying power, so that she could perform her role for longer.

Madoka has an amazing Magia, restoring MP for her entire team and applying a 3-turn Damage Cut to everyone on top of that. It also allows for the famed Doubledoka strategy, with two Madokas together being practically invincible. Mayu's Magia has none of that, the only consistently effective part of it being simple damage. Skill Seal can rarely be useful on bosses, but is extremely situational, and HP Regen is too slow to save you when you need it. This is the biggest part of Mayu's kit that is outright inferior to Madoka.

Mayu's workable Attack and Damage Up Connect mean that she does manage to outshine Madoka a bit in Mirrors, at least. Her stats make her somewhat of a glass cannon, though her attack is slightly disappointing compared to the other glass cannons in the game. She may have a role as MP-restorer in rare Accele team compositions, where her offense-oriented kit makes her more suited to the role than Madoka, in the faster-paced Mirrors battles.

Mayu's offensive stats aren't potent enough for her to really shine, and a great deal of work and luck would be needed to make her MP restoration consistently effective - even on an Accele team. Often, an Accele gorilla would be more beneficial to the team.

For The Ones I Love

Mayu's best option is to attempt to make herself slightly more durable, so she may better serve her team in boosting their MP. Approaching Madoka's level of tankiness may not be possible for her, but every step closer means that she can stay supporting her teammates for another turn longer. Equipping your best defensive Memoria on her is your best option.

While capitalizing more on her attack stat may be tempting, this would do little to help her in her primary role of MP boosting. 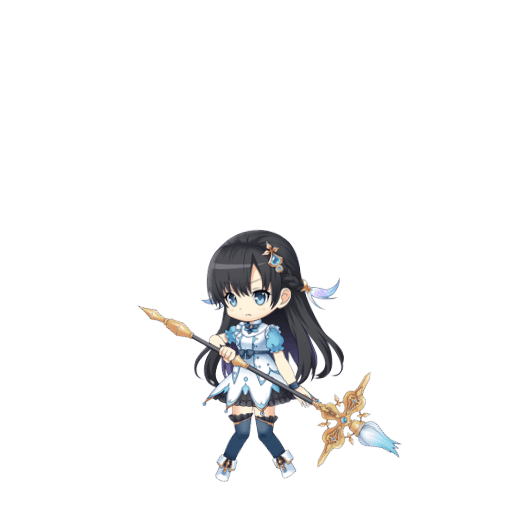 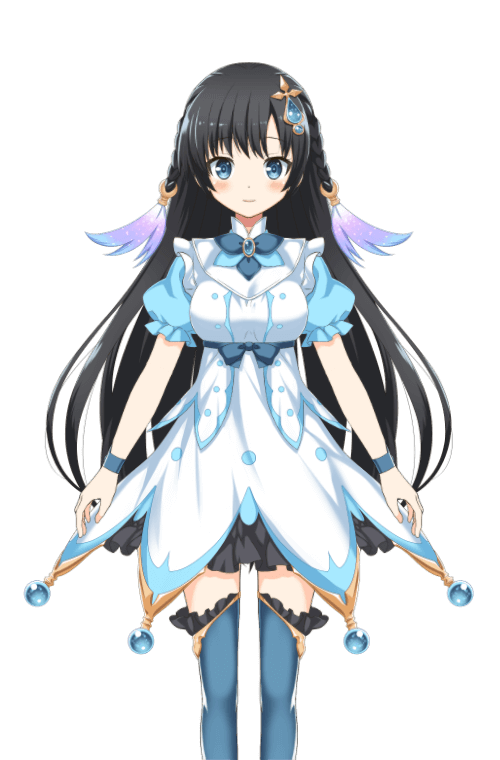 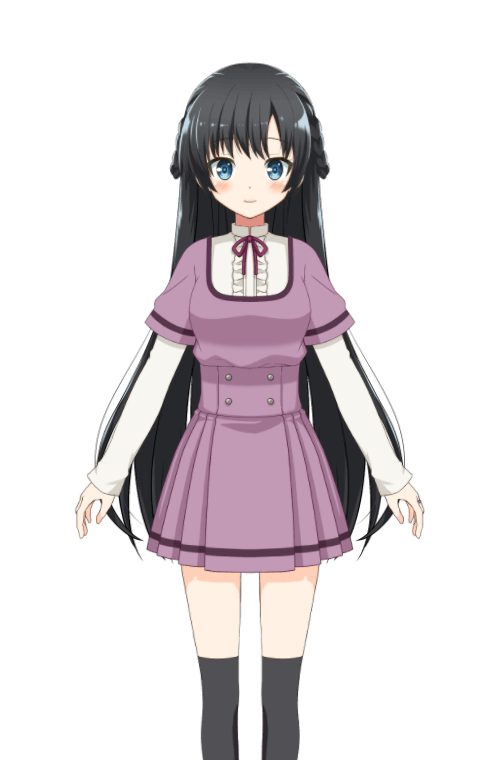 Mayu is a girl who has a love for the arts which was instilled in her by her late father. She works part time at various art museums and she aspires to be an art restorer when she grows up. Because her father passed away when she was very little, she’s always looked for a father figure in others, which leads to her often dropping her guard around older males without her realizing it.

At the art museum where she works part time, she runs into her friend Sayuki Fumino who is there to see a special sword exhibit at the musum. However, the exhibit isn’t open yet so Sayuki contents herself with looking at the normal sword exhibit. Mayu invites Sayuki to see a western antiques exhibit at a different museum later but Sayuki has to go to work. Mayu’s boss at the museum appears and asks what is going on, and when he hears about the exhibit he offers to go with her. Mayu accepts, and after seeing the exhibit the two decide to stop at a café for tea.

Ria Ami and a friend of hers are also at the café, trying out some limited edition cakes. Ria eavesdrops on Mayu’s conversation once she notices that she is at the café as well. Mayu and her boss are discussing the exhibit and her boss would like to take Mayu somewhere else but she has to go home to make dinner for her mother. While her boss admires Mayu’s dedication, he also hopes to taste her cooking one day. Suddenly a slamming noise is heard as Ria has become annoyed with what she’s overhearing and where the conversation is going. Mayu bids her boss goodbye and wonders if her own father would have taken her to exhibits and cafes if he had been alive. Elsewhere, Ria worries about the “seemingly-innocent pitiful girl” and says she might get herself hurt someday without realizing it.

At work the next day, as she finishes setting up the new sword exhibit, Mayu wonders aloud what she’ll make for dinner tonight. Mayu’s boss says his wife and child are staying at his in-laws and invites Mayu out to eat, but Mayu has to make dinner for her mom as well and tries to decline. She realizes she left her cellphone behind and her boss rushes off to bring it back to her. He then tries to insist again on Mayu having dinner with him but Ria appears out of nowhere and bumps into him. She then begins to yell at Mayu’s boss for flirting and begins to lecture him on his behavior. Mayu’s boss claims Ria “ruined everything” and leaves. Ria keeps yelling at him as he walks away.

Ria then introduces herself to Mayu and asks Mayu what happened. After realizing that Mayu wasn’t just pretending to play innocent with her boss but really was that naïve, she offers Mayu some advice. They head over to a café to talk further, and Ria is shocked to find out a married man was going after a high school girl. Ria tells Mayu that her sweet and innocent demeanor attracts the wrong kind of men and she should be more imposing. Ria then says that at this rate, Mayu and her boss's family will end up miserable, and the family will fall apart.

At home, Mayu is thinking about her father and about what Ria said. Kyubey appears and offers her a contract. Thinking that she doesn't want her boss's family to suffer the same hardship she did when she lost her father, Mayu makes her wish: To stop his family from breaking apart. After she made her wish, her boss transferred to a new job. However, Mayu finds that all the boys have started hitting on her while Ria would constantly have to step in to drive them off, including driving off Sayuki when she just wanted to talk to Mayu. Mayu can’t understand what’s going on but soon both girls sense a witch.

The two take off to fight the witch and run into Sayuki. They then learn that they are all three magical girls and together they defeat the witch. The girls cheer the witch's destruction. Mayu thinks that in order to protect people she needs to think clearly before acting, and wonders if that's what Ria means by shaping up. Ria says that Mayu was more reliable than she ordinarily is. Afterwards, the girls visit and discuss the special exhibit they had been looking forward to.