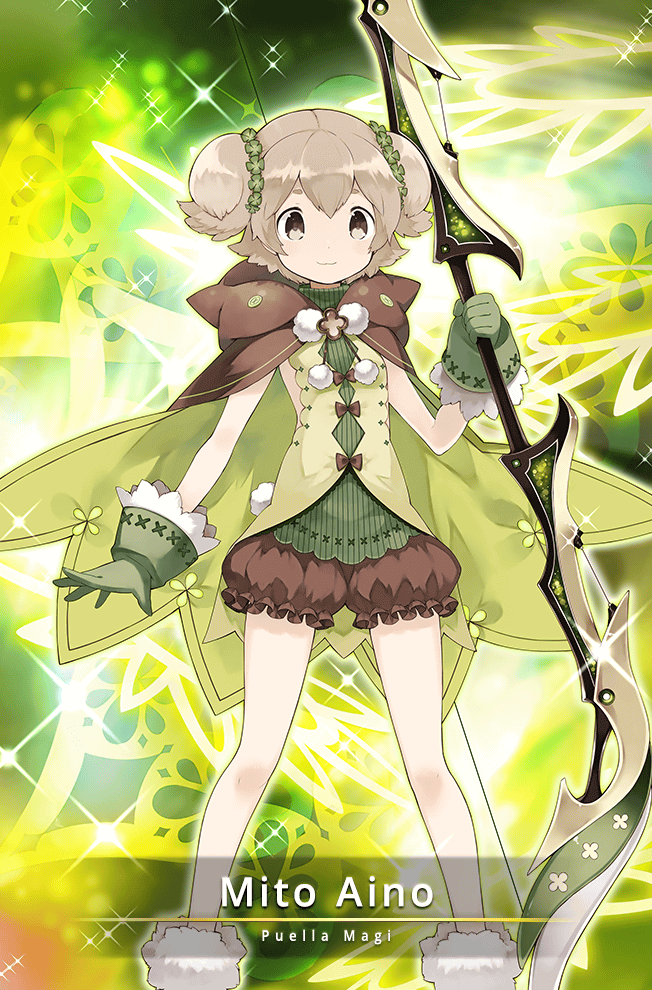 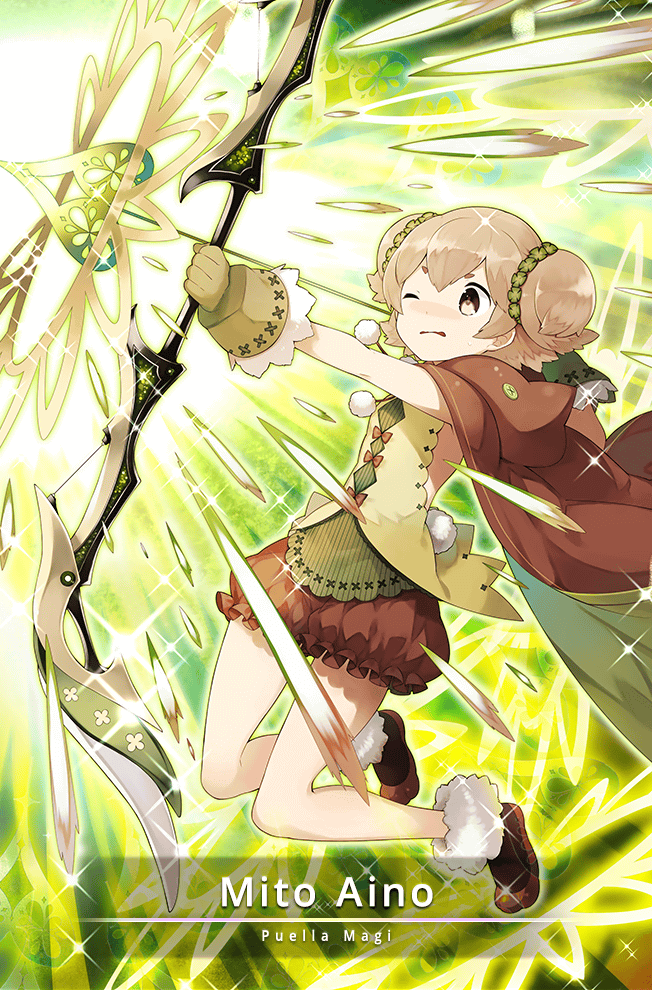 An innocent and carefree Magical Girl, Mito isn't afraid to be herself. She's usually laidback, but there are times when she says things that cut to the core. Mito lives in the same apartment complex as Leira and Seika, her two childhood friends who she truly treasures. 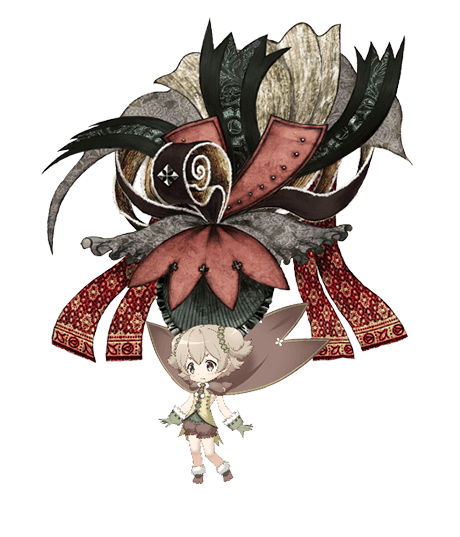 Damage Target
Doppel: Deals 1760% damage to the target.
Defense UP ALL
Buffs all allies Defense by 62.5% (3 turns).
Taunt
Apply Taunt (1 turns). Redirects all enemy attacks.
Evade
Evade next attack (1 turns).
Draft & Supervision: Idea/Supervision: Gekidan InuCurry (Doroinu)
Doppel Detail (May Contain Spoiler)
The master of this Doppel wishes for beautiful friendships to last for eternity. This Doppel answers that desire by compressing everything it captures into a single concentrated lump, which turns into an unbreakable crystal that will shine for thousands of years. Attacks by the Doppel are made by crystallizing its master's emotions, but continued use of this power causes even the master's memories to harden, making it impossible to create new ones.

Sketches of a Fantasy World 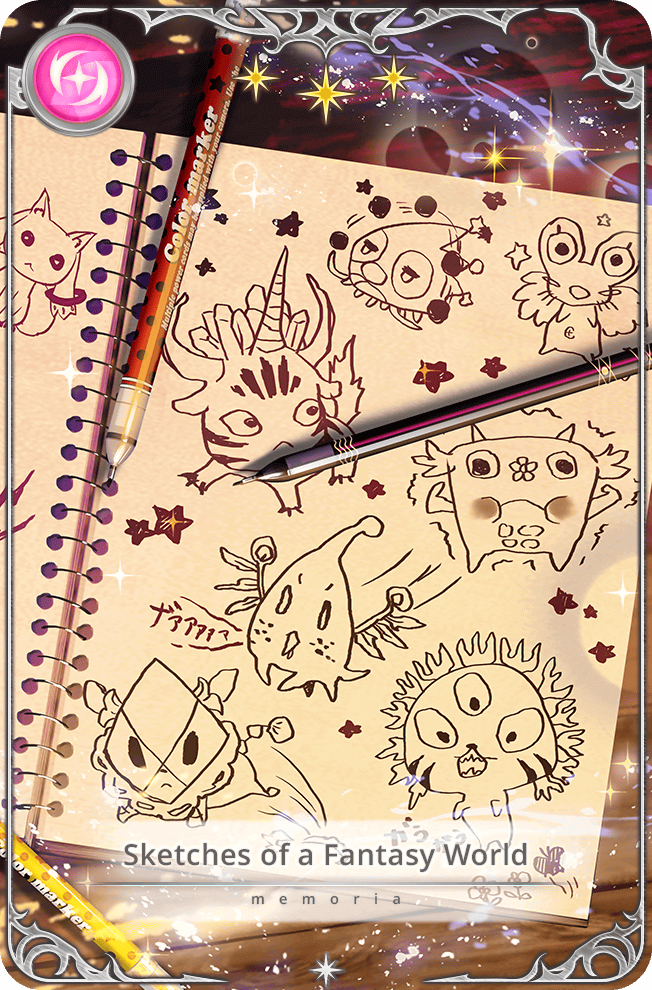 Mito has good stats that allow her to play a variety of roles. Her double accele discs make her good for magia building teams, her high HP and defense stats make her one of the very few forest type tanks in the game, and her attack stats means she can deal damage as well without being held back.

Mito's connect will grant evasion, provoke, and critical hit, meaning the girl that Mito connects to will draw all attacks to herself, then evade them which can guarantee you a turn where no one gets hurt. Be warned however, the evasion isn't guaranteed unless Mito has been awakened to 5 stars, so be careful with who you connect to.

Mito has the typical BACCA discs of bakas, so she won't be able to do too much AoE damage due to a lack of a second blast disc. Her magia is single target as well with provoke and evasion that become guaranteed once she's awakened but this ability only affects Mito herself. The increased defense from her magia is nice, but that's all that her team will benefit from her magia.

Remember, evasion won't trigger if it's a magia attack so it's best to take that into consideration when using her magia or connect.

Mito has great HP and solid defense stats, so although Mito can be used for direct damage or magia she will work best as a defensive unit, sponging up water-type damage. Her main drawback is a lack of blast discs. Otherwise she is one of the very few forest type tanks in the game

Connect can be tricky

Mito's connect boasts no offensive capabilities, instead allowing the girl she connects to to provoke and evade enemy attacks. However, the evade isn't guaranteed unless Mito has been fully awakened to 5 *. If you use Mito's connect while she's stilla  4*, there is a strong chance the girl she connects to will die thanks to the guaranteed provoke since there's no guarantee she'll evade the attacks.

Remember, evasion won't trigger if it's a magia attack so it's best to take that into consideration when using her magia or connect.

Both "Kyubey Knight" and "Third Magical Girl" will increase Charged damage, with "Knight" also increasing her attack and "Third" increasing the amount of MP she'll gain depending on what kind of role you want Mito to play on your team. 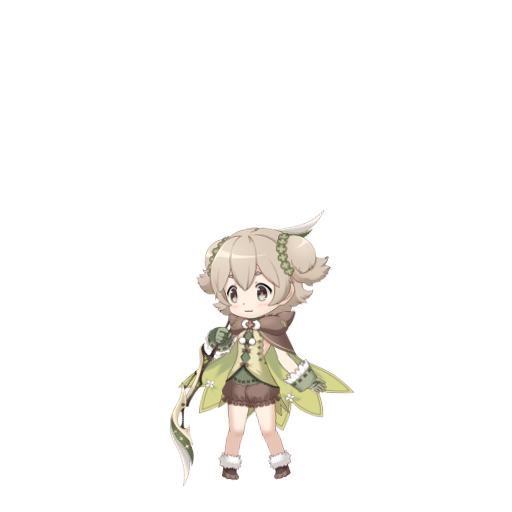 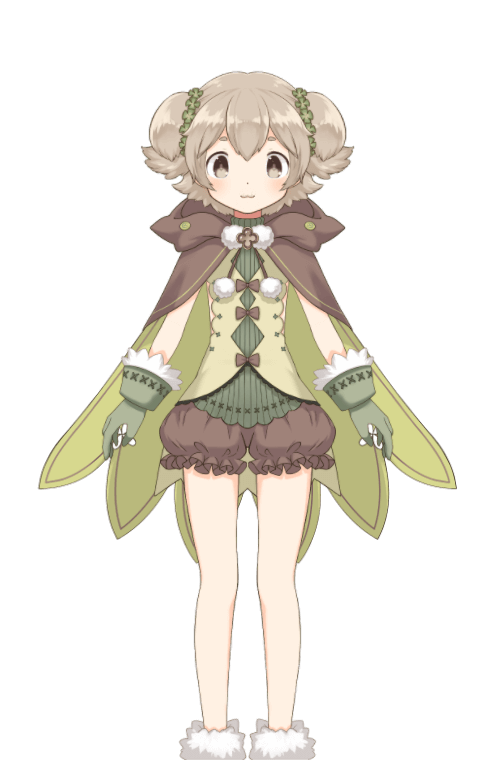 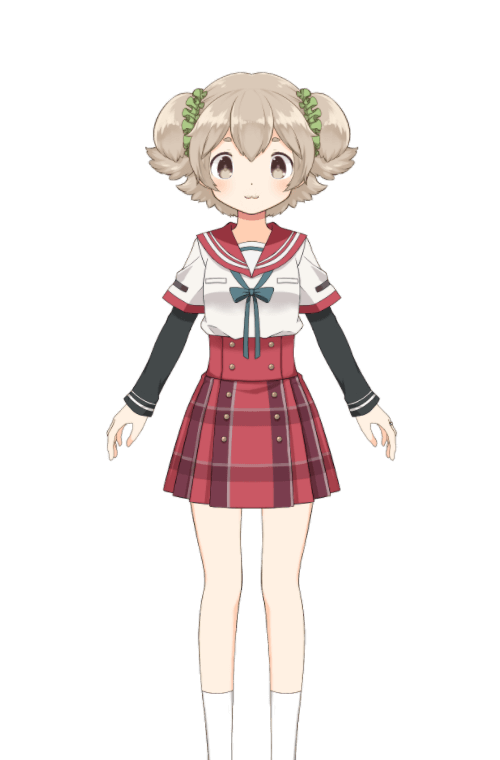 A carefree and innocent magical girl who is best friends with Leila Ibuki and Seika Kumi. All three live in the same apartment complex and have been friends for years.

Mito, Leila, and Seika had gone down to the beach to go swimming but they had forgotten their swimsuits. After finding some plants at the beach, they bump into Konomi Haruna who explains what kind of plants they found. Konomi shows them her floral shop latter that day, but she is soon swamped with customers and her usual helpers are busy elsewhere. The trio offer to help, with Seika working in the back and Leila and Mito helping out the customers in the front. After they leave, Konomi gives Mito her card in case she wants to visit again.

Soon after, Mito returns to the shop and offers her help with a flower birthday cake. She had come back to the shop because she needed help deciding what to get Seika for her birthday. Konomi suggests she make herbariums for herself and her two friends with blue, red, and green plants. Mito decides she wants clovers in her jar, but the floral shop has none so she goes to pick them herself. After fighting off a familiar that had been eating the clovers at the park, Mito finishes her gifts and gives them to her friends.

Read more of Mito's story on the Puella Magi Wiki.