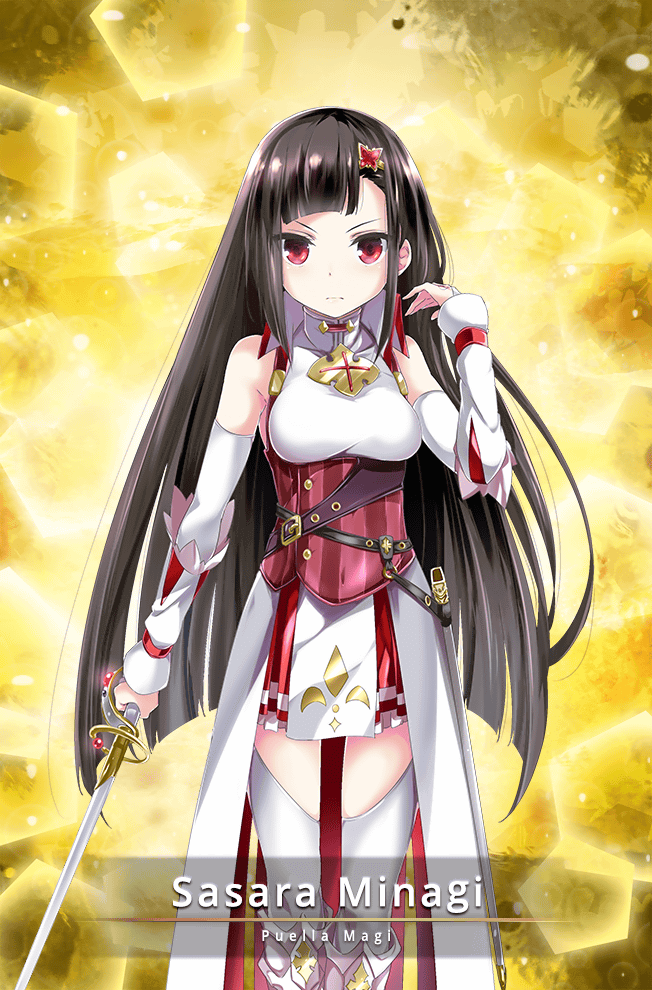 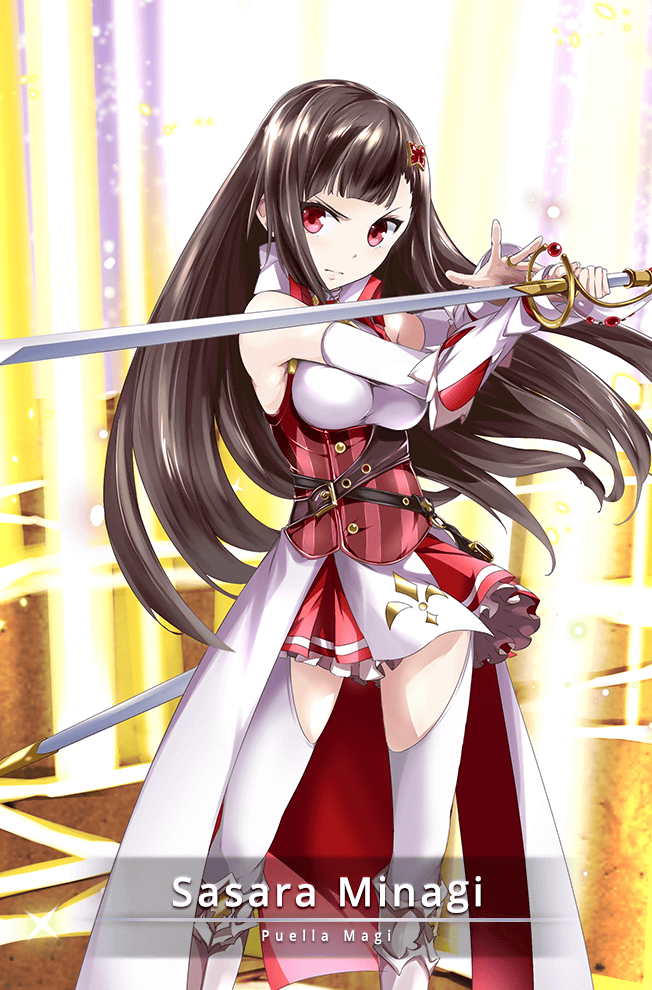 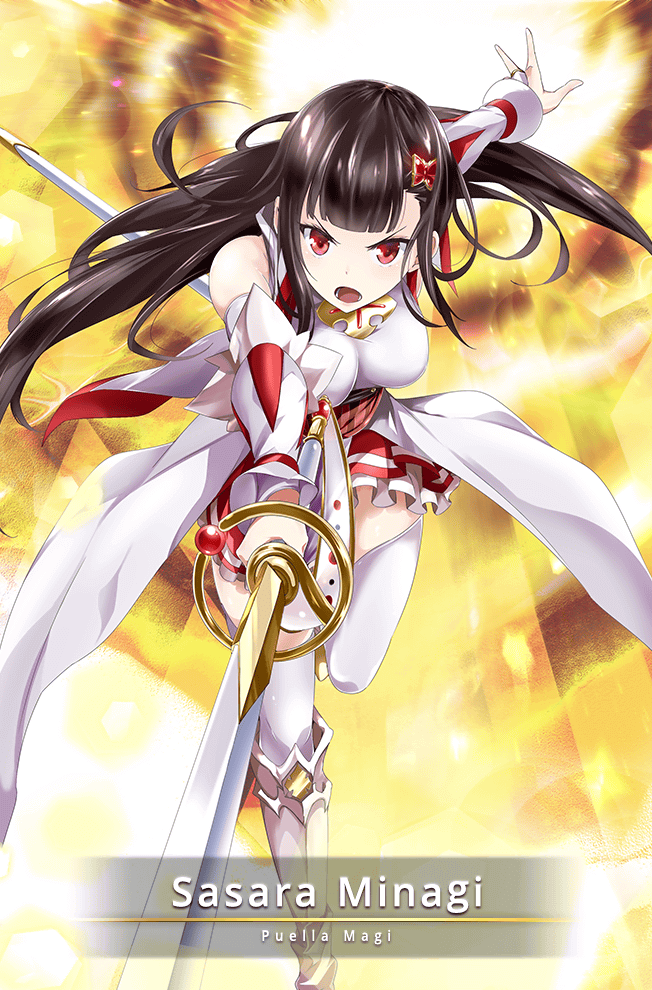 A Magical Girl with a strong sense of justice. As a kid, Sasara was obsessed with a knight in a picture book and swore to become someone who could save people too. Taking after her Rescue Squad father, she'd rather save a life than kill an enemy. 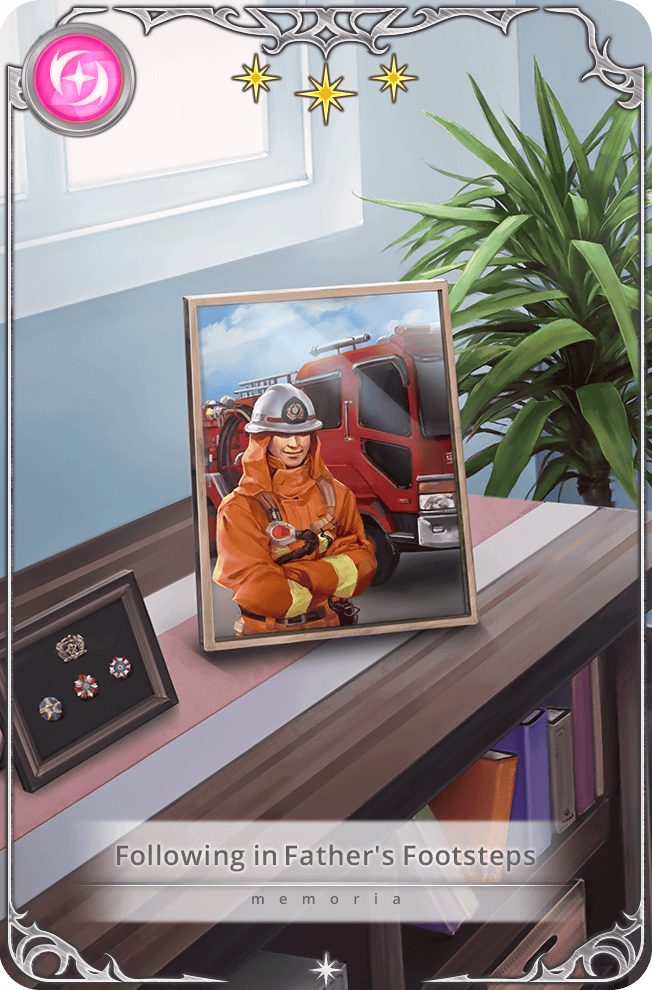 Sasara's strongpoint is in increasing the team's defense through her connect which grants increased Defense as well as Damage Cut. She's also good at soaking up the damage thanks to her magia which grants Taunt to Sasara on top of boosting her defenses. At 4 stars her magia will also grant her endure and her personal memoria will grant you Endure for 3 turns, so she'll be able to live through at least one death-dealing hit per turn.

Because Sasara is a defensive unit, her attack stats are really low. She's best used at what she's good for, which is taking hits so others can do what they do best.

Since she's a 2 star magical girl, it's easy enough to grant her 4 memoria slots and make up for her low attack stats and to better boost her defenses. Her connect will help your team members to survive the onslaught of attacks from the enemy.

Because she's a 2 star, this also means her attack stats aren't the best and there are better defensive units that can act as a tank such as Kirika Kure.

"Strange Little Blonde" will increase Damage, regenerate HP, and gives the chance to cause curse on an enemy attacked. This will help to boost Sasara's low attack stats and keep her healed so she can keep absorbing attacks for your team.

"Power to protect" will boost her defense stats greatly, and even more so as she loses HP. It'll also give her damage cut on top of the defensive boost so that damage to Sasara is greatly minimized.

"Father's footsteps" will give Sasara Endure for 3 turns, so even fatal hits won't kill her that easily, which boosts her role as a defensive unit. 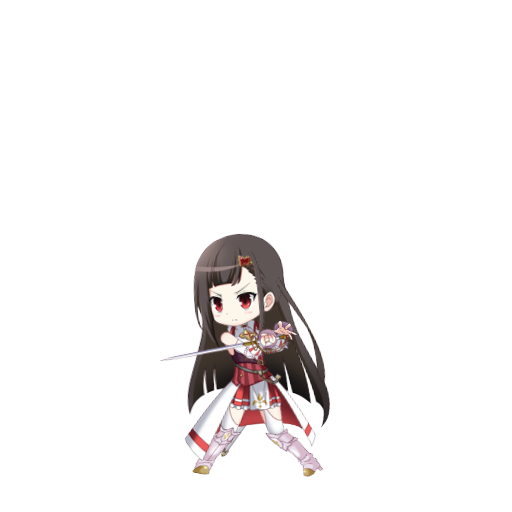 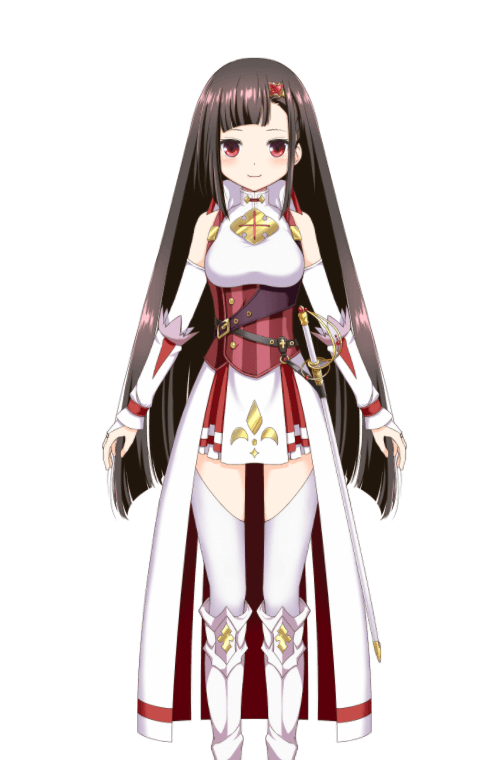 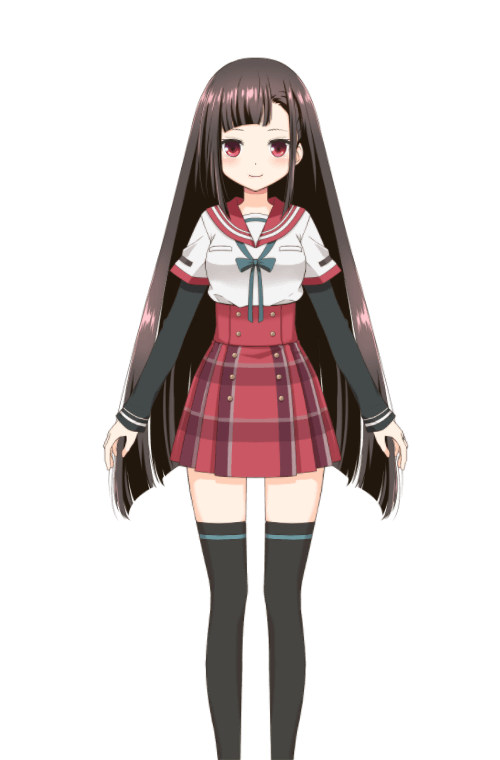 A magical girl who has a strong sense of justice.

Sasara Minagi was obsessed with a knight of justice from one of her picture books when she was small. Because her father is a fireman, Sasara was obsessed with saving others. On a trip to the local convenience store, a criminal came at her with a knife and Sasara was too terrified to do anything. The criminal was arrested soon after, but Sasara could never shake the feeling of guilt and shame at how she reacted.

Kyubey approached her and Sasara couldn’t help but feel drawn to the possibility of saving people from witches, so she wished to become a knight. Despite saving people, Kyubey explained that witch-kissed victims will not remember what happened, and so no one would be aware of how much good Sasara was doing. As much as she wanted to help people, she also wanted the thanks and recognition for doing so.

As she’s protecting a helpless victim from a familiar’s attack, Asuka Tatsuki appears to assist her. Although the witch escaped, the two girls agree to team up together to hunt it and other witches down. The two get along well since both of them want to help others, with Sasara protecting and evacuating the victims and Asuka attacking the witch to distract it.

Read more about Sasara's story on the Puella Magi Wiki.