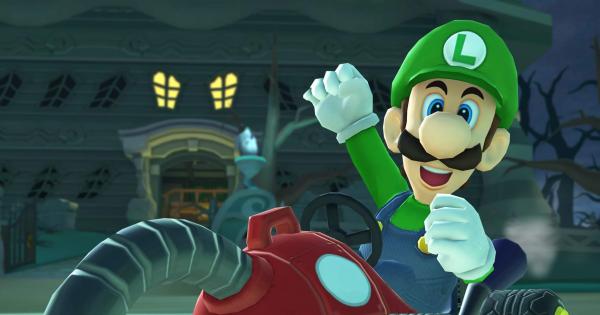 With Luigi’s curious absence from the game at the launch of Mario Kart Tour in September, players have speculated he would be added as part of a joint Luigi’s Mansion 3 and Halloween promotion, both happening on October 31. Following the current Tokyo Tour, Halloween Tour will take place between Wednesday, October 23, 2019, at 2:00 a.m. ET and Wednesday, November 6, 2019, at 1:59 a.m. ET. As always, it is expected to come with new content, courses, and spotlights.

Luigi has been one of the few characters to be playable in every single Mario Kart game, so it was a surprise to everyone when Luigi was absent on launch day. Replies to the official Twitter account have been heavily demanding everyone’s favorite plumber in green (along with multiplayer). Luigi is even present in the game’s loading screen and tutorial, so where could he be? Finally, on October 19, midnight ET, Luigi was announced to join the race.

Giving an evil stare and driving the Mach 8 kart, this has been one of many times Nintendo has referenced the Luigi's Death Stare meme from 2014. In the original video, Luigi was driving the Mach 8, as computer Luigis do in Mario Kart 8. The background of the tweet’s image shows Neo Bowser City from Mario Kart 7. It was added in this Tokyo Tour, but it’s yet to be confirmed if it will return next time.

Later on October 19, King Boo was announced to join as well. Being the nemesis of Luigi’s Mansion, he made his Mario Kart debut in Mario Kart: Double Dash!! He has since been in Mario Kart DS as a boss and playable in Mario Kart Wii and Mario Kart Arcade GP DX. While not present in the original Mario Kart 8, he was added into the Switch version, Mario Kart 8 Deluxe. King Boo is the last High-End driver from the beta to be confirmed to return. The tweet implies King Boo will bring a unique special item, and I’m guessing it’s the addition of the Boo item. There also appears to be a Landship kart variant and a retro ghost course in the image. 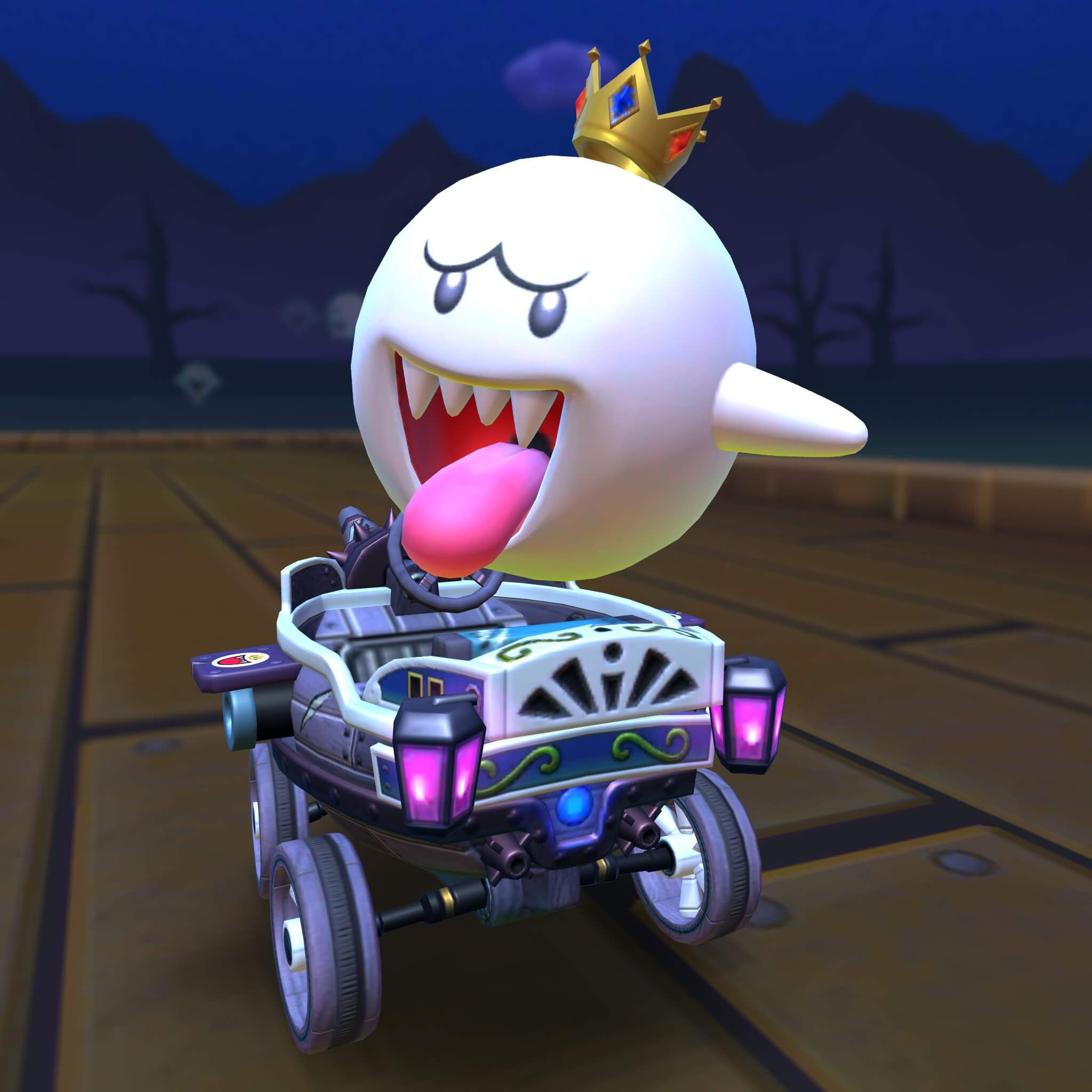 UPDATE October 21, 2019 at 1:17 a.m. ET: Waluigi, the purple mischievous rival of Luigi, was announced to join the races on October 20, much to the delight of fans. He made his Mario Kart debut in Mario Kart: Double Dash!!, then went on to reappear in Mario Kart DS, Mario Kart Arcade GP 2, and Mario Kart Wii. After a curious absence from Mario Kart 7, he returned in Mario Kart Arcade GP DX and Mario Kart 8, and the Switch port Mario Kart 8 Deluxe. According to the announcement tweet, Waluigi was unable to "stand by and watch while Luigi gets all the attention." He will come with his own "offense-oriented" special item. Waluigi returns with his popular course from Mario Kart DS, Waluigi Pinball. This also makes Baby Luigi the last driver from the beta to not be announced yet. We will be awaiting the return of our purple villain! 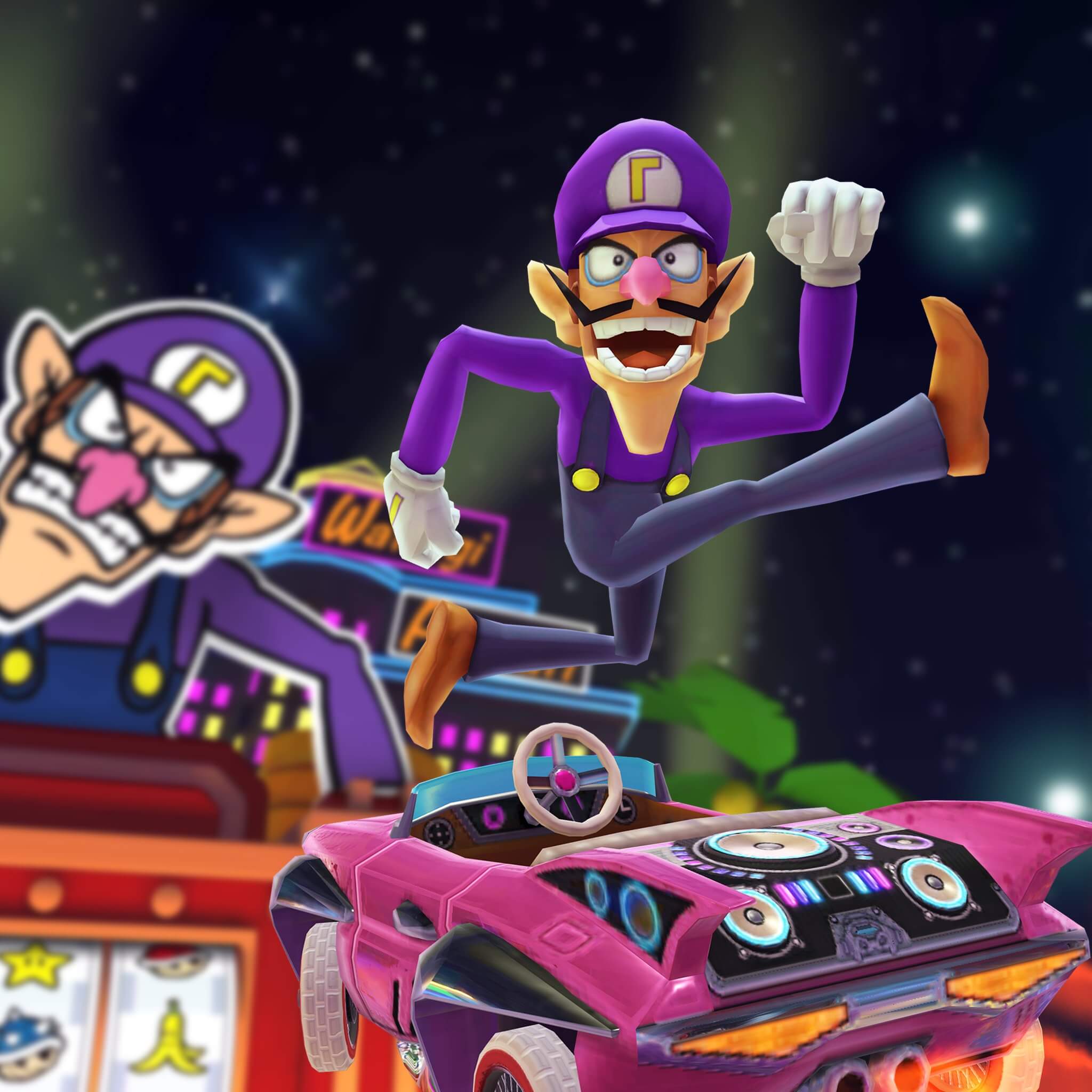 As seen in the tour’s announcement on October 18, Luigi's Mansion from Mario Kart DS is getting added. Tracks from that game have been shown before, and this is the first one announced to be added that originated from Mario Kart DS. It has since been remade in Mario Kart 7. The course takes you driving through Luigi’s Mansion with its moving Boo paintings, then back outside to its muddy yard. 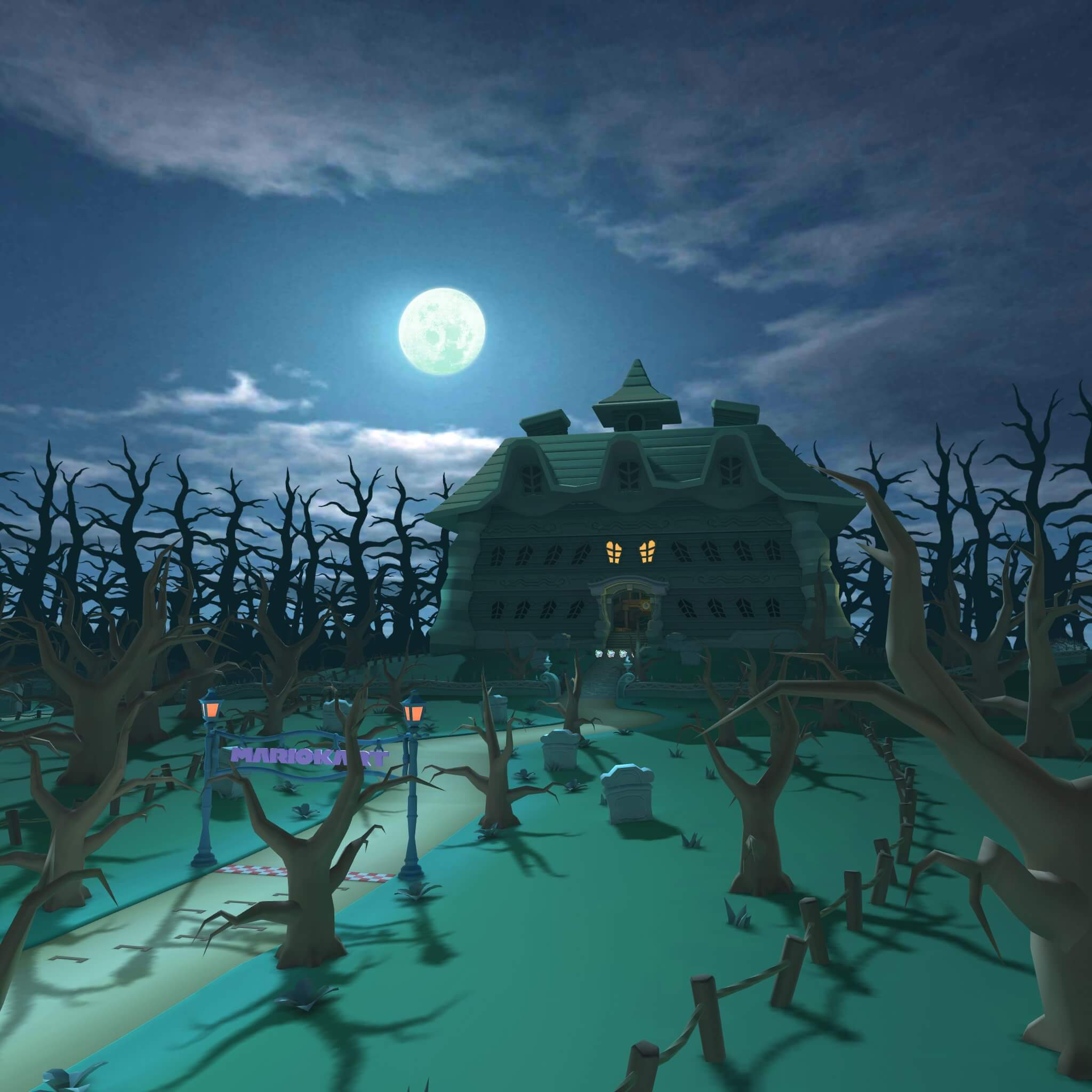 Additionally, in another tweet Luigi can be seen driving his Poltergust 4000 kart from Mario Kart DS, which will be added into the game.

UPDATE October 21, 2019 at 1:17 a.m. ET: Along with Waluigi's announcement, Waluigi Pinball from Mario Kart DS was revealed to return, complete with flashing lights and whizzing pinballs. The course puts you into a pinball machine, riding through the pinball rails and past all the bumpers. The redesign shows more neon lights, and a classic 2D-style Waluigi in the background rather than a 3D-style Waluigi like past variants. The course has since been remade before in Mario Kart 7 (ironically, without Waluigi playable himself). This makes DK Pass the last retro course shown in previous media to not be announced yet. 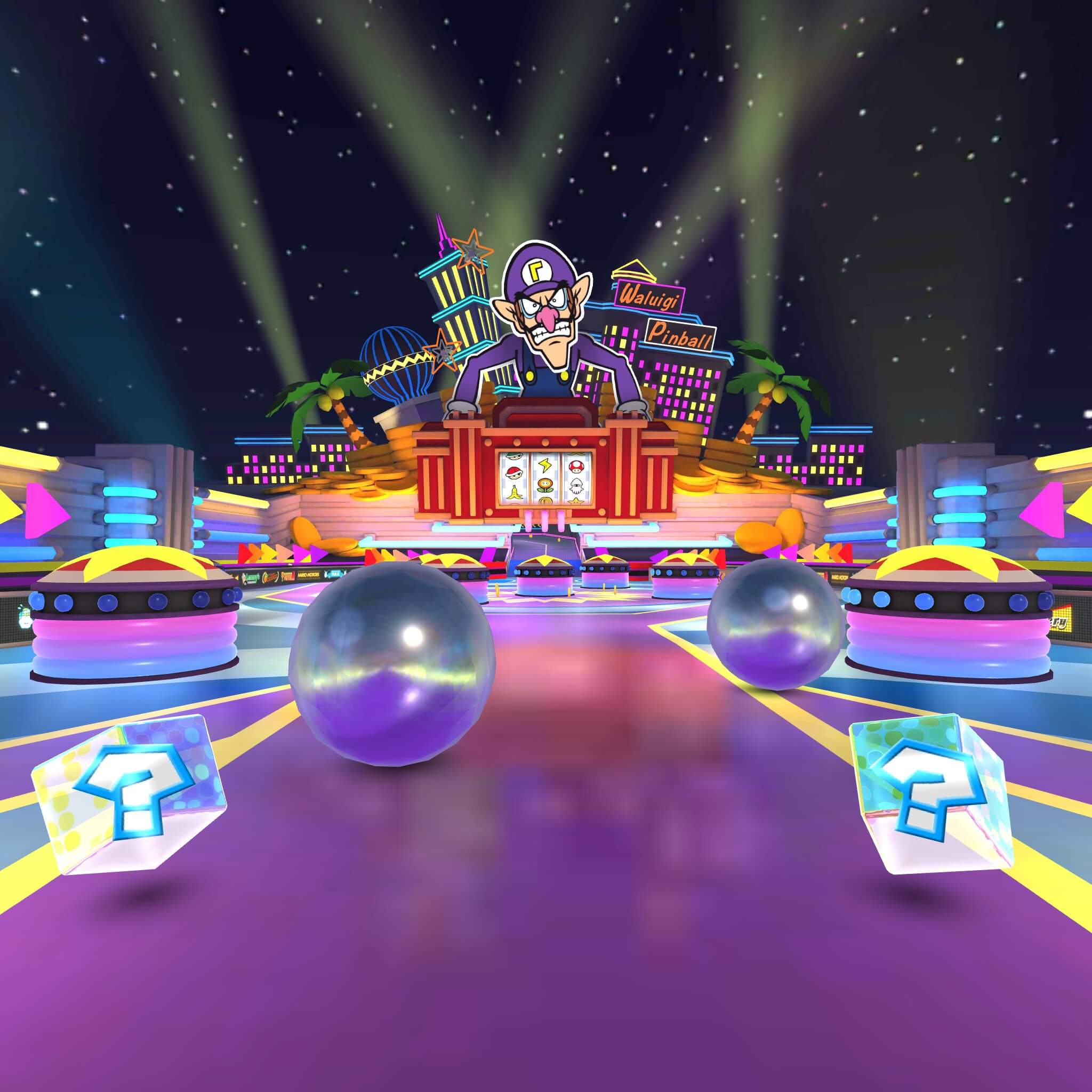 Here we will keep you updated on any news for Halloween Tour!