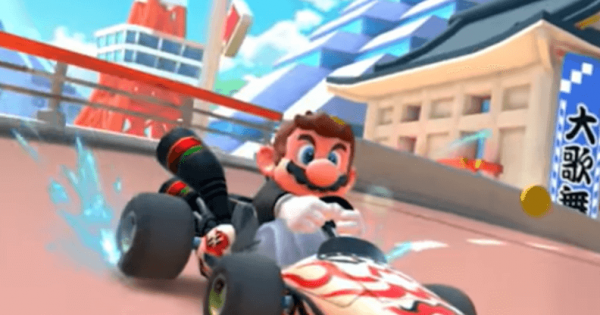 Attention racers! Get your karts and gliders ready for this next wild ride. We’ve got a guide for you on everything you need to know about the new Tokyo Tour brought to you by Meester Tweester on our discord server! Let’s dive in!!!

For Mario Kart Tour’s second tour, we head off to Japan with Tokyo Tour! It will be available from Wednesday, October 9, 2019 at 2:00 a.m. ET until Wednesday, October 23, 2019, at 1:59 a.m. ET. With the new tour comes a boatload of new content: drivers, karts, gliders, cups, courses, a new ranked cup, spotlight content in the pipes, challenges, and gifts.

Tokyo Tour has brought a staggering 14 drivers, bringing the total to 34. Peach (Kimono) and Mario (Hakama) are new costumes for the Mario Kart series, promoting this tour’s new location with traditional Japanese clothing. Rosalina, mother of the Lumas in Super Mario Galaxy, has been included along with her baby form. Wario, the greedy, long-time Mario Kart driver, and Lakitu, referee of past Mario Kart games, have also been added. Finally, the seven Koopalings and Bowser Jr., Bowser’s young minions, join the races as well.

Two new special skill items are introduced. The first is the Dash Ring, used by Rosalina and Ludwig, which is a series of rings thrown ahead that you (and your opponents) can use for a speed boost. The second is the Coin Box, used by Mario (Hakama), which spills coins all over the road for you or any other driver to collect. The new drivers have been listed with their special skill item below.

The new tour has added 13 new karts, making the toal 32 karts. The spotlight kart is the all-new Quickshaw, a motorized version making a pun on rickshaw carts. The Kabuki Dasher has been added as a new version of the B Dasher, based on makeup from performers of kabuki theater. One of the oldest karts added is DK Jumbo from Mario Kart: Double Dash!!, along with a new chrome version. The blue color scheme of the Biddybuggy from Mario Kart 8 has been upgraded to its own kart. Similarly, the same goes for the black color scheme of the Circuit Special from the same game, making the Black Circuit. Here are the new karts with their special skill listed.

Tokyo Tour has added 9 new gliders, bringing the total to 20 gliders. Most of the gliders introduced in Tokyo Tour are new to the series. The Paper Glider included in the DLC of Mario Kart 8 has a new red and white color scheme. Many Oilpaper Umbrellas, which are real-life Asian umbrellas rather than gliders, have been added. The Droplet Glider has the shape of the Standard Glider, but with an Ice Flower-like droplet design. The acronym in the BBIA Parafoil means Boomerang Bros. International Airlines. Finally, there is the Full Flight, a rectangular paper kite. The text on it says 大入, or “oiri”. Thanks to translation help from FLALORM, the design is a common sign signifying a large seating capacity. The gliders below have been listed with their special skills, along with the new Lightning and Mega Mushroom Plus.

Just like the last tour, 16 fresh cups now make up Mario Kart Tour’s playable courses. Again, some are locked behind a timed release, unless you have some Quick Tickets to lower their countdown by a day. Below are the release dates of each cup without Quick Tickets, at 2:00 a.m. ET. Bowser Jr. Cup, the fifth cup, is the ranked cup for the week of Wednesday, October 9 to Wednesday, October 16. Toad, Peach, Mario, Toadette, Daisy, and Dry Bowser had cups last time in New York Tour, and the other 10 are getting cups for the first time in this game. 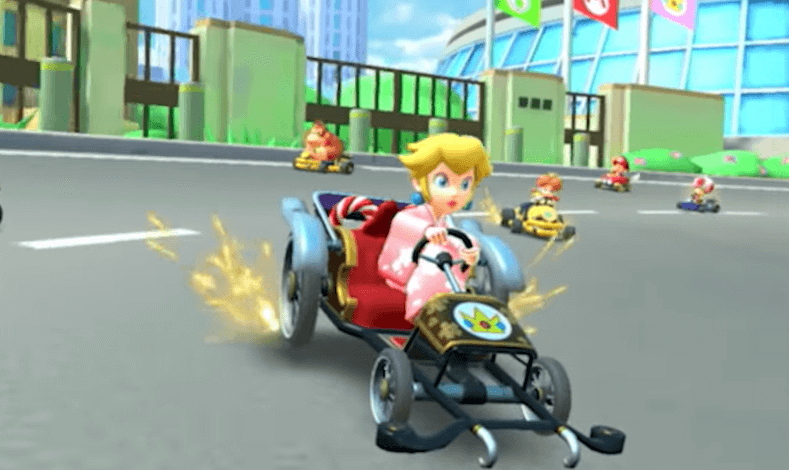 The tracks from New York Tour, including New York Minute, have been replaced by lots of new courses to race on! The featured themed course this tour is Tokyo Blur, a race through the Rainbow Bridge and other landmarks of the city. From the original Super Mario Kart on the SNES, Mario Circuit 2, Choco Island 2, and the infamous Rainbow Road return. With MK Tour’s invisible walls though, Rainbow Road’s barrier-less sides are a lot less lethal! Kalimari Desert is back from Mario Kart 64, but instead of waiting for the train to pass, you can Jump Boost right over it! From Mario Kart 7 on the 3DS, Mario Circuit and the night-time Neo Bowser City are back. Although this time, you can finally stomp the Goombas on Mario Circuit! As always, R and T variants of tracks appear as well, denoting reversed and trick versions. Not all the cups are available yet, but we’ll keep you posted next week with an update article. Thanks to JGLP’s Quick Tickets, we have the tracks for Thursday’s cups.

Update 10/9: Thank you to our Discord members spook dis (I stan goose ver) and YujiPlayz for showing the last six cups. It’s crazy to think you can get all the cups on Day 1! JGLP has discovered every track in each tour appears four times, of which two are normal variants, one is an R variant and one is a T variant. This is with the exception of the new course each tour (Tokyo Blur in this tour), having two normal variants, two R variants, two T variants, and two R/T variants (reversed and trick combined).

New York Tour gave us Koopa Troopa Cup and Toad Cup for our first weekly ranked cups. This tour, we are starting off with Bowser Jr. Cup for the first week. Your combined score for the first three courses will determine your score for the rankings. You can compare against 19 other opponents, where ranking high will give you a reward in rubies or coins. Ranking higher will move you up tiers, which will place you against fiercer competition next week. You can also compare against friends you’ve added in MK Tour. A new ranked cup will be each Wednesday at 2 a.m. ET.

In case you’re wondering what are the best picks for this week, here are all the favored courses of the driver, karts, and gliders, on each course:

This week’s spotlight content includes Peach (Kimono), the Quickshaw kart, and the Purple Oilpaper Umbrella glider. These three High-End parts will have an increased chance of being pulled from the pipes this week, 1.000% if your pipe is full. Only one of each is in each pipe though, so you’ll have to reset if you pipe is full. If you haven’t pulled them yet and you still want them, keep pulling, their odds are increased with the less content inside the pipe. Additionally, the spotlight content of each tour has an increased number of favored courses in the tour that they’ll perform better on.

Peach’s new kimono costume has the Mushroom Cannon special skill, just like Peachette, shooting Mushrooms in front of the kart. The Quickshaw has the Rocket Start Plus special skill, increasing its dash time and giving bonus points for doing so. The Purple Oilpaper Umbrella has Mushroom Plus, increasing your odds of getting a Mushroom from Item Boxes. So overall, quite the speedy set!