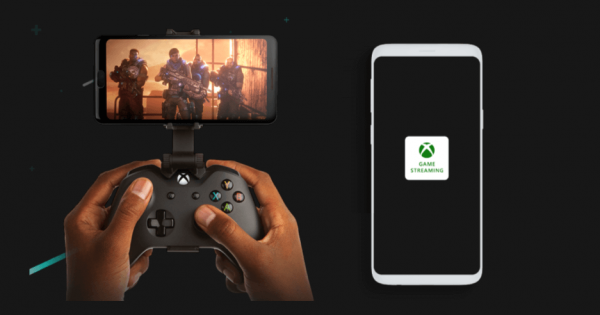 Project xCloud presents itself as another game streaming option

With Apple Arcade's recent launch and Google Stadia set to be released some time in November, the race is on to see who will take charge of the game streaming market. Microsoft could be one of the ones to come out on top. Last year at E3, they announced they will have a cloud based service that will allow you to take your Xbox games anywhere. The new platform feature, which they called Console Streaming, turns your Xbox One into your own personal Xbox server for free. They will actually have 2 different streaming abilities depending on whether or not you already own an Xbox console.

In March they released a video on Inside Xbox that showed a little gameplay of Project xCloud (Preview) and it looks pretty cool. Basically you can plug your phone into a Bluetooth Xbox controller and stream your game over Wi-Fi or through your mobile network.

There aren’t a lot of details either platform feature other than the ability to take your games on the go, but they recently announced that they will be releasing Project xCloud (Preview) out for public testing starting in October. Xbox users who are based in the United States, United Kingdom, and Korea will get a chance to test the xCloud service before it goes live to the public.

You can go to their website (link included at the end of the article) to register to participate in the public preview. First you have to make sure and verify you have the proper equipment. You will need:

After you register, they will email you with next steps. Due to the large volume of applications, not all players can be accepted into the preview and you may not receive an invitation for many months (or at all) during Project xCloud (Preview).

If you are selected you will download and log in to their Game Streaming App. Then you pair your Bluetooth controller to your phone or other android device or you can clip your device directly to the controller. Then comes the fun part. You get to download a game, play it and give them feedback. Halo 5: Guardians, Gears 5, Killer Instinct, and Sea of Thieves will all be available at the start of the Project xCloud public preview, with more games being added in the future. All games during the preview will be free and no purchasing will be necessary.

According to their website they will be starting small with a very limited number of spots available in their first phase and slowly increasing the number of accepted users throughout the year. They will also have a preview for their Xbox Console Streaming in the future as well.

As a long time user of Microsoft and Xbox products, I am excited to see this service available. The ability to take games I already own and play them on a variety of platforms makes it very appealing to even a casual gamer like me. Hopefully we will get more information about availability, and pricing after they conclude their public testing. You can register for Project xCloud (Preview) by clicking on the link below.