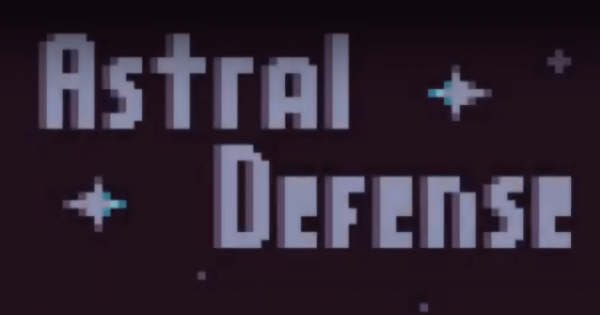 There's a new mobile game out on iOS and Android and it comes with an interesting story.

Two artists who were making some wonderful 8 bit style art in Minnesota decided to team up and create a game studio. The studio is called Pixel Pajama Studios, presumably because they do pixel art in their pajamas (conjecture) but the result is some pretty sweet stuff.

Their latest game, Astral Defense, is an 8-bit style alien ship shooter, where you fly forward on a continuous map grabbing all sorts of upgrades to your ship and shooting better and better ray beams or blasters or bombs, fighting endless mobs of alien forces.

And the game really looks great. Check it out on Youtube here -

You got enemies with tracking torpedoes, shields for yourself and your enemies, and further increasing speed as the lasers fly and the battles rage as you defeat endless waves of alien opponents.

Maybe I have a soft spot for Minnesotans, but Astral Defense is a pretty sweet game and an easy way to kill time while waiting for that hot dish in the oven -- and it's out now on iOS and Android devices.

Hit the links below to try it out.