This Month in Star Wars: Galaxy of Heroes A Look Back at SWGOH of Days Past November 2015 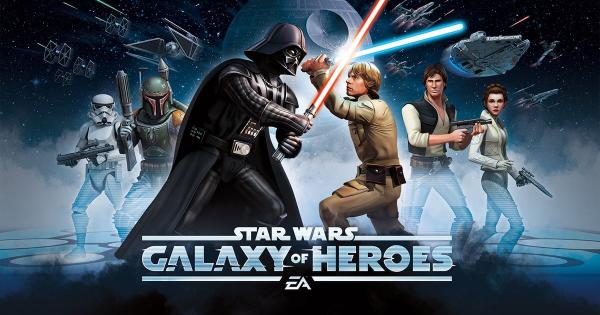 Star Wars Galaxy of Heroes history looking back at the launch of the game in November 2015.

Happy Fourth Anniversary of Star Wars: Galaxy of Heroes!  It has certainly been a crazy ride for the game, and few games survive to reach this venerable age. swgoh has a rich tapestry of history that is largely unexamined, and it is the perfect time for the swgoh story be compiled for those interested in it.  Global Launch could easily be considered an entirely different game than the one we see today. The level cap was level 60, and the max gear tier was G7 for most toons. It was a simpler time with no mods, omegas, zetas, relics, or guilds (Raids, TB’s, or TW’s OH MY). It may be hard to imagine what global launch looked like with everything Capital Games has added since, but seeing where swgoh has been, I believe, will give us perspective of what it has become and what it will become in the coming years. 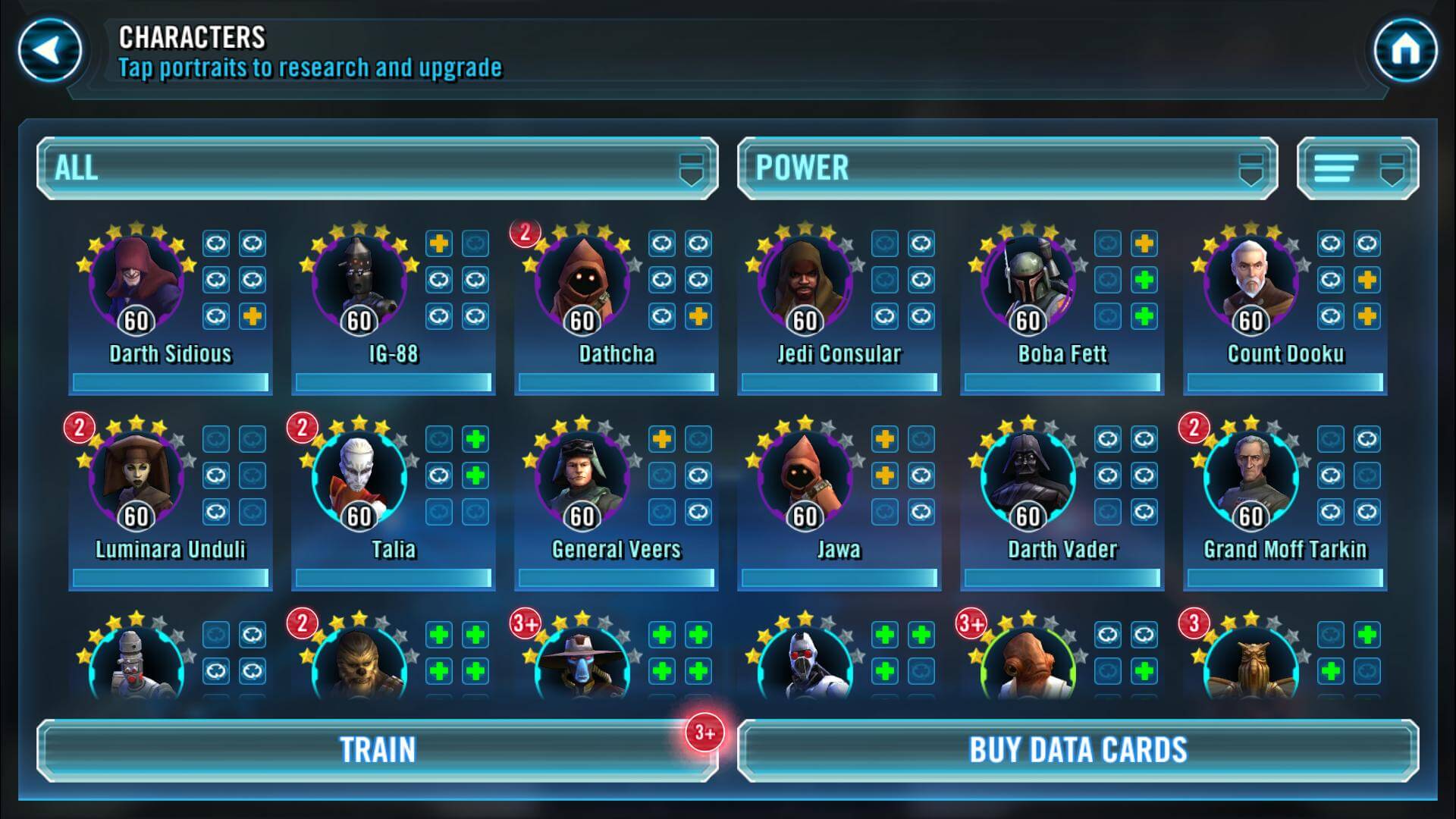 It’s greatest competitor at launch, summoner’s war, provided a much more in depth game experience having launched in June of 2014, but swgoh was more than adequate to hold its own using the Star Wars IP less than a month before the release of Star Wars Episode VII: The Force Awakens.  Many assumed that Star Wars: Galaxy of Heroes was a Summoner’s War clone, but it was actually based on Capital Games First Game: Dragon Age Heroes which launched December 5th 2013. Dragon Age Heroes was largely based on the Facebook Game: Marvel Avengers Alliance Which released March 1, 2012 a mere nine months before the world ended December 2012. Ah the time before having to look both ways for zombies when leaving your home and double tapping was merely gaming terminology rather than life and death.  It was a simpler time. 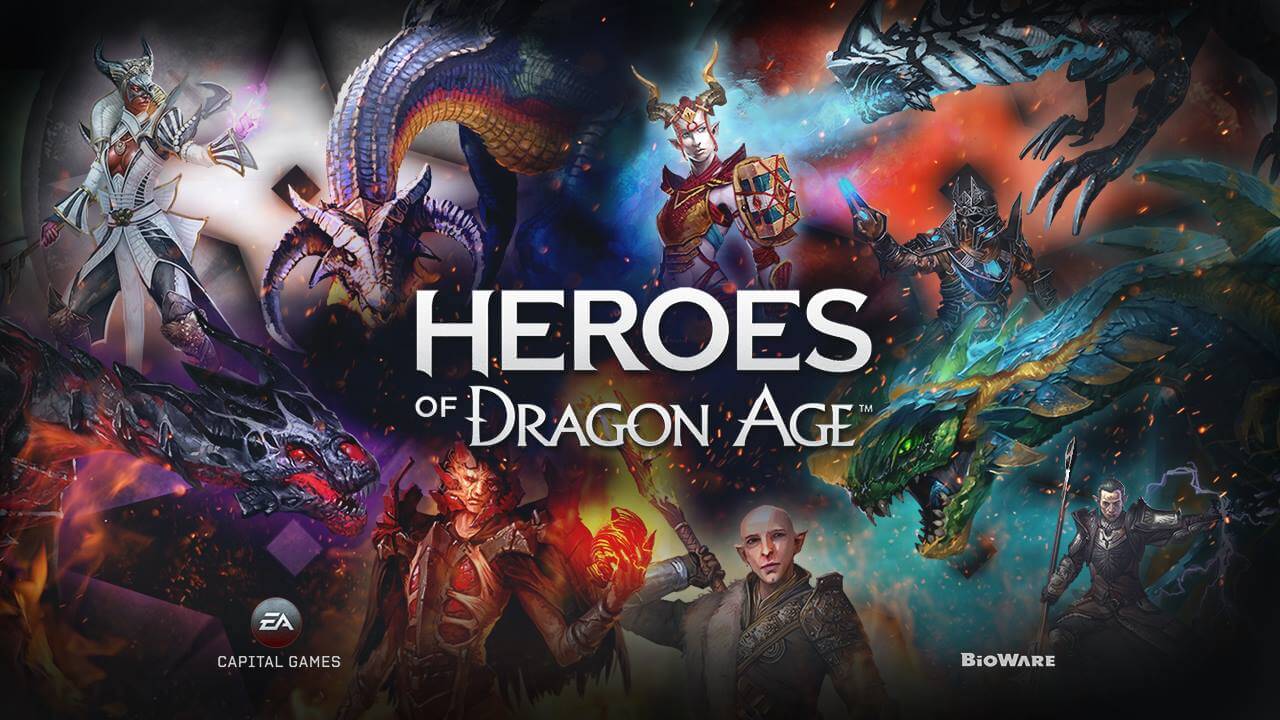 The core of the game at launch was the Lightside and Darkside battles where gear could be farmed, and Lightside and Darkside Hard Mode where with the same energy, you could farm character shards as the primary form of character rarity progression. Chromiums weren’t divided into Lightside and Darkside options since there were significantly less characters at launch, and nodes could only be simmed one at a time instead of multi-simmed. It was largely a stripped down experience to make it out by the theatrical release of Star Wars: The Force Awakens which debuted December 18, 2015.

The meta king of Global Launch was mismatched teams that never shared the faction tags that are now common under CG’s current design philosophy.  Evasion was the key stat, and the Arena was an RNG fest of who’s Old Ben/Darth Sidious lead team would annoy the opponent into submission. It was also common to see Barriss lead four healer teams that would force timeout if RNG didn’t go the players way.

The splash screen and global launch trailer featured an Empire Strikes Back skin of Luke Skywalker that was noticeably missing in game.  This was a common contention that CG provided A New Hope Luke simply named Luke Skywalker with a rifle instead of a saber that would later be called Luke Skywalker (Farmboy). The ESB Luke featured on the splash screen would not be available till August 10, 2017-- almost two years after the games release. This common contention that many fan favorite characters were simply unreleased or worse worthless in game was one of the biggest early challenges for CG to overcome.  From launch, this has to be the greatest area of improvement for CG.