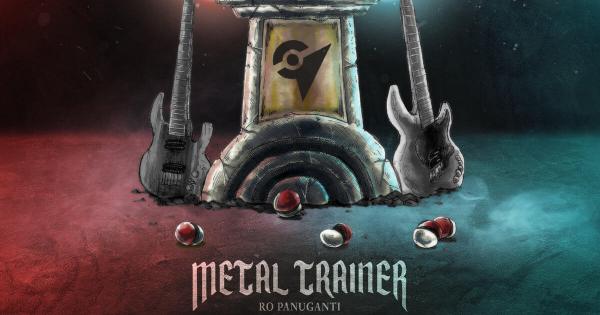 Musician Ro Panuganti has been creating rock and metal versions of videogame, television, and movie themes since 2011 and has performed at a variety of events including National Harbor MAGFest (Music and Gaming Festival) in 2017 and ConBravo 2018. His latest offering, Metal Trainer, is a deeply nostalgic love letter to a pair of the most beloved games of all time, but perhaps not in the genre you'd expect.

Pokemon Red and Blue shaped millions of childhoods as the world's first introduction to a quirky little series about capturing odd monsters and turning them into trusted partners. Metal Trainer consists of 9 tracks, which are metal arrangements of familiar themes from the Gen 1 Pokemon games. From the quite frankly epic as hell feel of Gym Battle to the soft (well, relatively soft - it's still metal) theme of the Pokemon Center in Pokemon Hospital, this album takes listeners on a ride back to the wondrous feelings of excitement we felt as kids growing up on these classic games. The album is a fantastic listen and is available on multiple platforms via Materia Collective, with Bandcamp coming in cheapest at $7 USD. Check out the track Viridian Forest from Ro Panuganti's YouTube channel below!