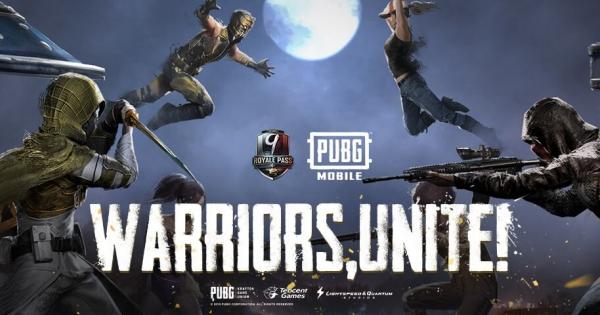 Esports has come a long way in recent years, particularly in mobile gaming. While staples on console and PC like DOTA, Quake, League of Legends, and Fortnite have been crushing it with prize pools ranging from 10-30 million dollars for years now, there aren't as many purely mobile games with massive prize pools or massive followings -- which is somewhat surprising.

After all, more people own smartphones than own consoles (perhaps not more than PCs but still). But the PUBG Open has been going strong for a while now as a purely mobile based esports competition, and it's attracted a lot of attention and sponsorship.

This year the PUBG Open plans to be bigger than ever, with over 2.5 million dollars in prizes for pro and semi-pro teams -- and the epic finale of the year-long event has now been announced. From a recent press release:

Following the impressive success of the PUBG MOBILE Club Open 2019 Spring Split, PUBG MOBILE have made a few improvements to the tournament format and regional designations, and a newly designed logo. The PUBG MOBILE Club Open 2019 Fall Split Global Prelims and Finals will feature a totally revamped point system, which more accurately balances survival ranks and kills. Additionally, the India region has been expanded to South Asia, to include Bangladesh, Pakistan, Nepal and several other countries. The Middle East and North Africa regions are also now merged as ‘MENA.’

Vivo, the largest corporate sponsor (and creator of high performance cell phones), has been actively working to improve the PUBG Mobile Club Open by amending the point system and streaming the finals live. Their spring tournament had over 247 million views, and Vivo hopes to improve on that number as well. The spring tournament represented over 700% growth in hours watched from the prior year's tournament, and it seems they're still just getting started.

Mobile gaming offers players an unprecedented level of access, and we believe we've barely scratched the surface on competitive play and future esports tournaments to come.

You can check out our coverage of the PUBG Mobile booth at Anime Expo and our other coverage of PubG Mobile Club Open below.