Oceanhorn 2 on Apple Arcade Plays Almost Like Ocarina of Time 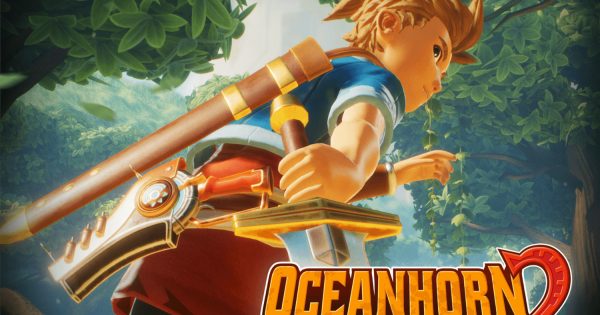 I'll never forget playing the original Legend of Zelda on Nintendo Entertainment System. I remember going into the local GameStop after completing my first NES game and looking for anything at all that was similar to this incredible action RPG title. And I was incredibly disappointed to find virtually nothing that lived up to it. To this day, each subsequent Zelda release seems to innovate the action RPG genre in ways that are intuitive, stunning, and for some reason difficult to replicate with the same depth or realism.

But Oceanhorn 2 does a pretty decent job as a doppleganger. With a graphical feel and gameplay similar to Ocarina of Time (albeit higher quality edges etc) and a story more reminiscent of Link's Awakening, this offering from Apple Arcade has consumed a few hours of my life already. And it just further impresses me with the Apple Arcade system.

While utilizing the two joystick system (left half of the screen can be pressed down and joysticked for movement, and right half for camera tilt), only one button is needed to accomplish a majority of the tasks. You auto-jump from cliff to cliff, while still having the flexibility of falling off or hanging at the edge with your fingertips (requiring you to quickly pull yourself up or fall to the ground). You open doors and chests with the same action button. You attack with that button as well, and yet it still offers some depth of variance with long press and short press.

You can also command another member of your party, have them follow you or stay put, use potions and other various actions on a wheel (a secondary button). Smash pots, cut tall grass to reveal coins and health items...

The only thing missing is the chickens... at least so far.

But the combat still feels natural, even a bit difficult. And the puzzles are already interesting, equipped with switches and levers and secret vines on walls that you can climb.

It's a pure action RPG on mobile and it can quickly make you forget that you're playing on a cell phone. Truly, it's fascinating how much this game can bring me back to a very different time in gaming history.

While the robustness of the controls is a bit lacking with one button used for a number of actions, Oceanhorn 2 still passes the "I got lost in how long I was playing this game" test. And the fact that I desired more console-style controls on a mobile game must mean we're getting closer and closer still to console style games on mobile. And Apple Arcade seems like just the place to watch the transition happen.