Among the raid events initially scheduled for March 2020, it seems that one of the most anticipated was the return of Lugia with its signature attack: Aeroblast. 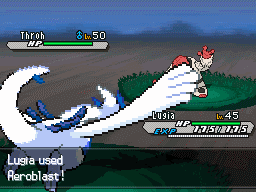 This Flying Type move was set to revitalize Lugia in our minds and give this defensive titan a renewed niche in the face of power-house Pokemon like Psystrike Mewtwo encroaching on its territory. However, with the cancelation of this event, we’re now left wondering what could have been, and what will be.

So today we’re going to take a look at the potential behind Lugia’s Aeroblast; we’re going to look at where it would sit if it were comparable to existing signature moves, where it would need to be to sit on the absolute top of its niche, and what it’s likely to be in PvP. Early warning: this article is pure speculation as we don’t have Aeroblast’s data yet, but a bit of speculation can help us prepare for the future and figure out just where Aeroblast Lugia will sit when it finally drops, and if the all-important EliteTM would be worth using if we already have one when it drops

Perhaps the best way to theorycraft the future of Lugia is to look at existing precedent in regards to signature moves in general. To begin with, we’ve gone into the DPS/TDO Spreadsheet and made multiple variants of Aeroblast, each with the stats of an existing signature attack. For this thought experiment, we’ve replaced the typing/name of the following attacks and relabeled them in no particular order:

* We are aware of the fact that Sacred Sword and Aura Sphere are not currently considered  true signature attacks in the main series, but as of right now they are considered such in Go.

With this in mind and only Extrasensory added to Lugia’s Fast Move pool in order to simplify the matter, here are our results:

As expected, Aeroblast 7 (Aura Sphere) takes the title of top DPS. However, is it truly the best option? Aeroblast 5 (Doom Desire) is less than 1% behind, but has the advantage of being a 3-bar move, which will tend to give it the best general outcome due to higher long-term average/lower average wasted energy. While some would argue that Lugia needs all of the power that it can muster, it is our opinion that Aeroblast 5 (Doom Desire) would be the superior option among these move-clones,

But then where does this leave Lugia in terms of realistic usage? Well, let’s add these variants of Lugia against a Machamp raid boss and see what happens:

Sadly, even with these buffs, the top counters to Machamp have a whopping 68% edge over our best theorycraft Lugia in terms of DPS, and a huge 23% TDO boost to boot.

But what if Aeroblast is a fast move? Well, let’s turn it into a Confusion clone, a move generally considered to be one of the strongest fast moves in the game, and compare it strictly to other pure Flying Types movesets:

Once again, this doesn’t do much for Lugia. It’s far behind the pack, especially with the introduction of Shadow Pokemon, and it would take a huge amount to get it up to where it generally should be to be considered viable again. The sheer power of pokemon like Psystrike Mewtwo is so overpowering that it even eclipses Lugia's formerly outstanding TDO despite being far less bulky.

That said, exactly how much power would Aeroblast need in order to make Lugia a top attacker? Since it’s a much more viable method than buffing a Fast Move into the sky, we’ve taken Sky Attack, renamed it, and then slowly buffed it bit by bit until it made Lugia the top Machamp Counter in the game. Here are our results:

In order to reach these monumental heights (which absolutely break Lugia beyond belief), we would have had to take Sky Attack, which normally has a power of 80, and raise it to a whopping 190 power. This attack, which is already considered to be very good, would need a 237.5% boost in order To raise Lugia to the position of absolute top Fighting Type Counter. Now keep in mind that this is absolutely ludicrous and not even slightly realistic, as Lugia could likely sit around 10-20% behind the top DPS attacker and still be considered fantastically useful given its titanic bulk, but it does give us an idea as to just how much catch-up Lugia needs to play in the PvE Meta.

Lugia is an interesting Pokemon in PvP. Its huge bulk, good moveset, and niche typing lend themselves well to the Deep Dive Pokemon, and make it useful in any tier in which it appears to varying degrees. That said, no matter where it sits, Lugia always sees Sky Attack as its bread-and-butter move. This move is just plainly good; it comes out fast, deals strong STAB damage, and has good overall coverage. It is definitely among the important moves in PvP, and Lugia utilizes it fantastically. However, we can say one thing with great likelihood: Aeroblast will likely be better.

Aeroblast as a Charged Move

Assuming that the energy requirement for Aeroblast remains the same as Sky Attack, additional power would definitely be nice. This would primarily increase Lugia’s late-game performance, as it throws out even stronger Flying Type damage while relying on its huge bulk to mow down anything that doesn’t resist it. Early-game this would also provide stronger shield pressure, as Lugia’s moves would be more threatening and more worthy of a shield. However, it may also hurt slightly as opponents will think a bit harder about shielding regardless of what charged move may come, potentially missing out on a powerful Hydro Pump or Future Sight early on. Still, it would definitely be an overall plus.

This would probably be what Lugia would prefer. Take Sky Attack’s stats and drop the energy cost from 45 to 40, as this alone would allow Lugia to fire off an Aeroblast after 4 uses of Dragontail or Extrasensory consistently, vs. the 4 - 5 uses that we see now. This alone would mean that Lugia would likely pump out 1-3 more charged moves during its stay on the battlefield, which makes it all the more threatening than it is now. Now take this even farther and imagine a 35 energy cost? That could see Lugia with a bit more use, for sure!

In the main series, Aeroblast has a high critical-damage rate. In Pokemon Go, this has been utilized in moves such as Crabhammer as a chance to raise attack by 2 stages at a 12.5% rate. While if this is the only change Vs. the existing Sky Attack it’s nothing outstanding, it does give Lugia the chance to snowball a bit and become steadily more threatening while keeping up offensive pressure. It wouldn’t be game-changing, but it would definitely be icing on the cake, and it seems like a fairly likely effect all things considered.

Aeroblast as a Fast Move

While less likely, it’s definitely possible that we could see Aeroblast as a Fast Move for Lugia. Battles are easily won or lost with fast moves, and Lugia is no exception. To get an idea for how radically different a Pokemon can play given a different fast-move, let’s take a look at the main , most polarizing sides for fast move application in Pokemon Go.

These moves rely heavily on dealing damage with fast moves, and have the advantage of not caring about shields too much; especially if Super Effective. They can quickly mow down strong Pokemon if left unchecked, and Lugia could very well be an effective user. Flying has fairly wide neutral coverage, and could lend itself well to this archetype, racking up high damage quickly while Lugia’s high bulk keeps it on the field. But, on the other hand, Sky Attack would be the only genuinely viable charged move option here due to the high cost of Future Sight and Hydro Pump. This would, in essence, turn Lugia into a mono-type attacker, which is not particularly appealing, especially when your only type is resisted by common Steel Types. Still, Razor Leaf users can pull it off, so Lugia could probably make it work as well. It would also add a potential surprise factor to the game, as players would take a vital second to confirm what fast move Lugia is using, which can rack up surprising damage in short order.

While the former likes hitting through shields with high fast damage, on this side we’d look at pumping up Lugia’s Charged Move capabilities. Getting Lugia’s powerful but expensive charged moves out fast would be a huge boon, and cause it to potentially play in a manner similar to Registeel. However, it could be even more threatening than Registeel in some manner due to its move selection: Sky Attack would allow for extremely effective shield baiting, and the power/coverage behind Hydro Pump and Future Sight could be very threatening while also leaving a bit more of a surprise factor as to Lugia’s moveset. But let’s face it: Sky Attack/Hydro Pump would likely still be favored due to its superior coverage

Why sacrifice when you could have both? While not quite as specialized, a move like this would mean an outright overall increase in Lugia’s performance. It could provide equal parts Charged Move output and Fast Move pressure, and patch up Lugia’s overall performance greatly. That said, Extrasensory and Dragon Tail both pack 3.33 energy-per-second, which gives Sky Attack a previously mentioned use every 4 - 5 uses. If a fast move dropped below this threshold, it could very well have a negative impact on Lugia's performance if not paired with above-average damage as well.

For PvE, Lugia has decayed terribly over the years, and has become a less attractive investment than it once was. It can stll do its old jobs well, but even with Aeroblast it's unlikely to see a resurgence with its long-awaited signature move.

When it comes to PvP: Due to Aeroblast's nature as a Flying Type attack, it's very unlikely to widen Lugia's niche, but instead it will hopefully deepen it. That is, Lugia's counters will most likely remain its counters in general, but it will likely take down what it does now even harder, and will be able to make those counters hurt a little bit more while securing an extra win or two, which may be enough for it to secure more wins overall.

When it comes right down to it, we're all hopeful that Lugia will see an improvement, but this move us somewhat unlikely to be ground-shaking, at least outside of PvP. Still, the future may yet hold more power for Lugia in the form of moveset revamps and... other things.... Only time will tell. 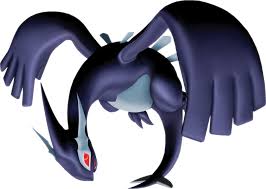 Next Frustration TM Day?
Anyone have any guesses as to when the next time I will be able to get Frustration off…
Mega Candy Ratio/Costs feel significantly too high
So in essence 1 Mega Candy = 100 Normal Candies. Cost of 39.5 to 40: 15 Candy Cost…
Mass Player Exodus
I hadn’t logged in for six months, because of reasons, but someone told me to log in…
Mega Abomasnow Solo Raid
Can you believe it? It sounds crazy but it’s actually possible. There’s…
December CD - all garbage we had this year in 2 days! Awesome!
lovely info No 2018 moves, and mons from 2019 locked in raids/eggs. Also we can ask,…
Read More