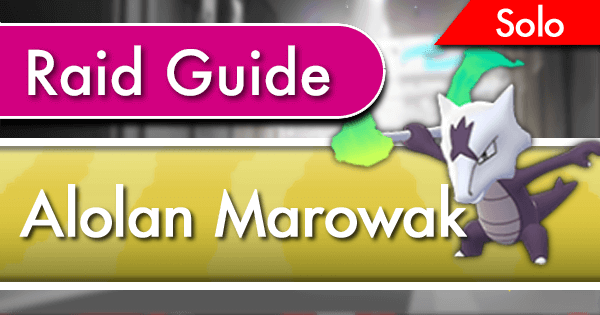 This guide assumes that Alolan Marowak will be a Tier 3 boss for its Halloween raid day, as Tier 4 has been basically removed. However, this may not actually be the case. Even if it has the stats of a Tier 4 or higher, the counters on this page will not change, though some details definitely will.

What was once a difficult Tier 4 duo is now a fairly accessible Tier 3 solo. Dropping a tier has made Alolan Marowak a fairly interesting solo, as many of its counters are extremely viable all-around. As such, it's a decent solo for players to prepare for. Just note that it has very wide coverage between Rock Smash and its Ghost Type moves alone, as Fighting and Ghost have perfect coverage when put together, as no Pokemon in existence resists both of these types at the same time.

And Many, Many More!

Go battle league question at rank 19
at rank 19 all 5 battles give you an encounter as a reward, I was wondering if there…
Gible CD was PoGo's endgame... so now what? - Discussion
So, Gible CD was always the endgame for PoGo players… and now it’s been and gone. So…
Severe framerate drops since last update
Is anyone else experiencing severe framerate drops since a few days? For me it started…
Special Raid Weekend
Has anyone figured out what is the point or purpose of the Special Raid Weekend? Given…
Pokemon go stadiums
IMG-20210611-WA0016908×1280 165 KB Ok, this has the potential to be a very big change…
Read More