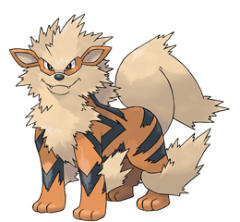 Arcanine is the middle ground of tier 3 bosses. Though its stats aren’t particularly impressive, Arcanine lacks weaknesses to the high DPS monsters that Machamp, Gengar, and Vaporeon are weak to. Attempts against Arcanine tend to be a race against the clock at lower levels.

Although a Fire-type, Arcanine has Electric and Dark-type moves in its bag of tricks, which can hurt its usual counters despite a middling attack stat. Omastar and Vaporeon, for example, dislike taking a super effective Wild Charge, and all of Arcanine’s counters save for Tyranitar take neutral damage from Crunch, which is spammed constantly and difficult to dodge.