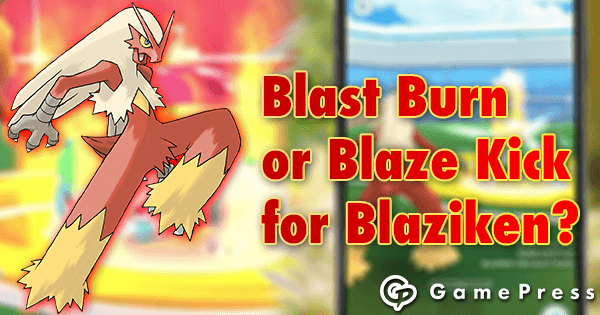 Disclaimer: This article was written before May 2019 Community Day and uses the stats for Blaze Kick originally found in the game master file. Please disregard this article should those stats change before launch.

Update: The power of Blaze Kick has been lowered from 50 to 45, giving Blast Burn the edge in terms of damage and making this article outdated.

Updated graphs and analysis can be found in the May 2019 Torchic Community Day Guide and updated ranking can be found on Blaziken's Pokemon page.

Since the release of Frenzy Plant Venusaur, anyone who’s followed Community Day patterns knew that we’d see the starters learn their special moves, and Blast Burn Blaziken has been among the most anticipated. In early 2019, data miners found early hints of new moves in the network traffic. Among them was Blaze Kick, Blaziken’s signature move in the main series games, which had players wondering if this would be its Community Day move instead.

Three days before Torchic’s Community Day, Niantic dropped a bomb; Blaziken will be learning both moves. Within hours, Blaze Kick’s initial move data were added to the network traffic for data miners to see. The verdict: it’s absolutely fantastic. From there the inevitable question was: which is better; Blaze Kick or Blast Burn? Using analysis from several sources, this article’s goal is to shed some light on the situation and hopefully answer this question currently weighing on the community’s mind.

To begin with, here is the neutral damage profile of all of the top pure Fire-type movesets in the game, including both of the upcoming flavors of Blaziken:

Blast Burn is better, right? End of analysis, thanks for reading!

Blast Burn undeniably has higher cycle DPS than Blaze Kick, but that's only half the story. To unpack this information better, let’s look at the move parameters:

Put simply, Blast Burn is powerful but slow, while Blaze Kick is weaker but insanely fast. Let’s take a look at Blaziken’s level 40 performance against Regice and Registeel, courtesy of Pokebattler, to see how they compare in practice. 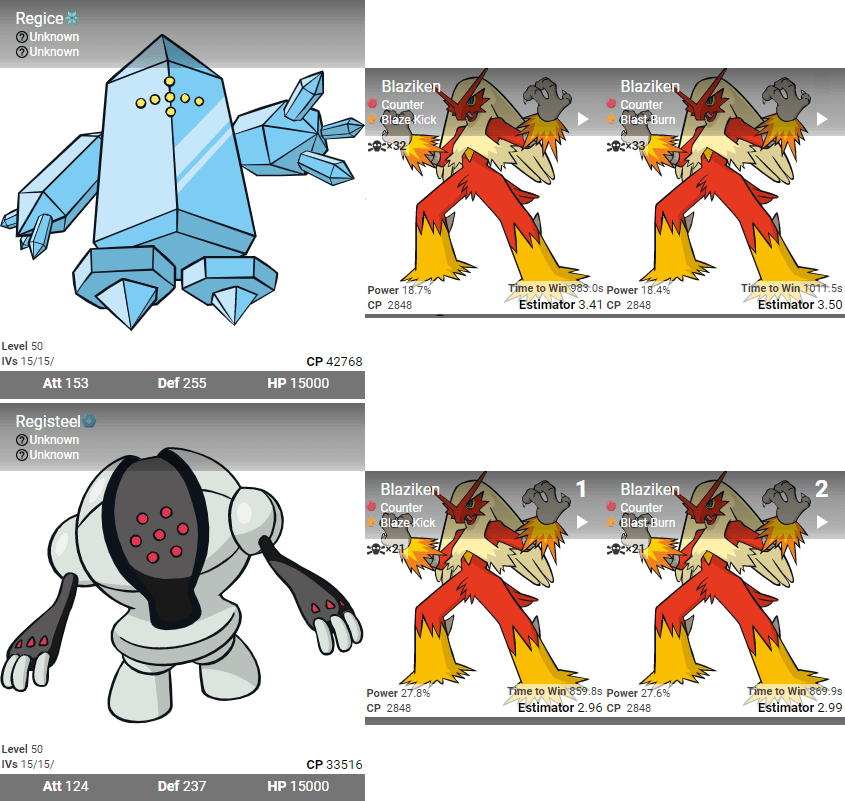 Here is where the confusion originates. Blast Burn is among the best moves in the game, and on paper it’s actually better than Blaze Kick, as we’ve previously mentioned. Yet in simulations, Blaze Kick actually has a better time to win against many Pokemon. The difference isn’t that large, but it is still there. Let’s examine the reasons for these paradoxical outcomes: 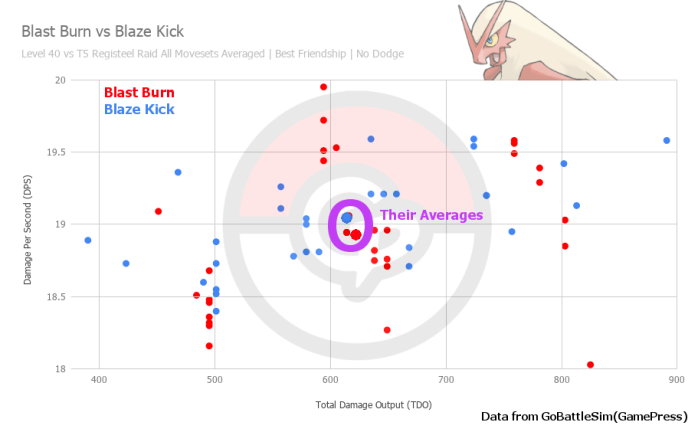 Thanks to RyanSwag for compiling this data)

This chart shows how the DPS and TDO differ between Blast Burn and Blaze Kick in specific matchups and on average. As you can see, Blaze Kick’s DPS is distributed more tightly around its average, while Blast Burn’s DPS is more spread out. It hits maximum potential DPS at times, but it can also fall short due to how slow it is. This instability causes Blast Burn’s average DPS to actually fall below Blaze Kick’s.

Next, let’s take a closer look at that Registeel raid and see how Blaziken compares to the rest of the field: 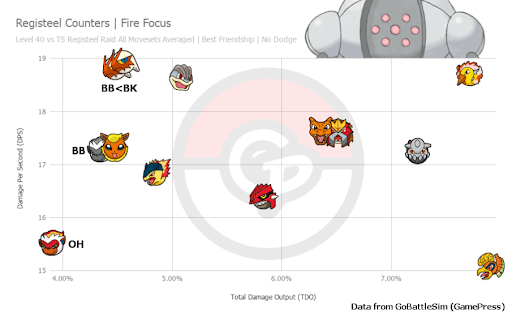 As you can see, Blaziken is the top DPS choice for this raid (edging Moltres by a hair) and definitely earns a spot on a team, but its Blaze Kick incarnation has slightly higher average DPS and TDO than Blaze Kick.

For those looking for a simple answer to the question of which charged move is superior: there isn’t one. It’s obvious by this point that Blaze Kick is more forgiving and adaptable, but Blast Burn will have moments where its slow, brute strength gives it the win. Perhaps at this point it’s best to consider them together.

Not long ago, GamePress published a case study outlining the damage patterns of Outrage and Draco Meteor, and specifically the advantages of using both moves on the same Pokemon to maximize damage. The same concept applies here. Starting from an empty energy bar, it takes 3.4 to 4.5 seconds longer to hit with a Blast Burn than with a Blaze Kick. If Blaziken goes for Blast Burn but faints during that time, then it could have squeezed out extra damage with a Blaze Kick instead. Therefore, with both moves available, you should use Blast Burn when Blaziken is healthy and switch to Blaze Kick when it is in danger of fainting. In theory, this lets you have Blast Burn’s superior DPS with Blaze Kick’s reliability, which will let Blaziken reach higher average DPS than either move alone. 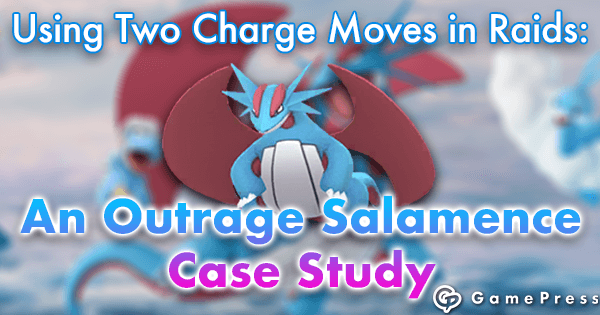 This strategy is made even more viable by how remarkably cheap a second move is for Blaziken and the fixes to the dodge glitch in raids. In short, many changes to the game are coming together in Blaziken’s favor in order to not only make it the new top Fire-type, but the Pokemon with the most dynamic and potentially rewarding play style in Pokemon GO if played to its strengths.

Conclusion: Why Not Both?

We really don’t have a clear winner between Blast Burn and Blaze Kick, though the latter is favored on average. Having both lets Blaziken leverage the strengths of both moves, but either one alone still makes Blaziken a top Fire-type attacker. If you had to pick one, Blast Burn has circumstantial advantages. It’s guaranteed on evolution this Community Day, whereas Blaze Kick requires burning Charged TMs and/or unlocking a new attack. A Blast Burn Blaziken can still learn Blaze Kick, but one with only Blaze Kick cannot learn Blast Burn.

On the bright side, if you already have a cherished Blaziken or can’t participate in Community Day, then Blaze Kick is basically just as good, and even better in some situations.