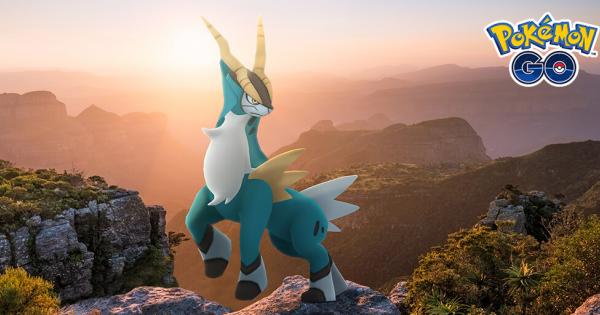 On October 31, 2019, Niantic officially announced the new raid boss that would be arriving after the 3 Regis leave raid battles on November 4th.

Starting on that day, Cobalion will be available as the T5 raid boss until November 26, 2019.

Cobalion is one of the sets of three from Gen 5 also known as the Unova region. The other two Pokemon in the set are Terrakion and Virizion.

Cobalion, the Iron Will Pokémon, is coming to five-star raids! This Steel- and Fighting-type Legendary Pokémon is said to have a body and heart of steel, so it’s in your favor to challenge it with Fire-, Fighting-, and Ground-type Pokémon.

Cobalion is part of a trio of Pokémon said to have challenged humans in order to protect other Pokémon. The three are rarely seen apart, so look forward to meeting the other two soon! In the meantime, GO build up your teams in preparation for battle.