COVID-19 isn't over. So why does Niantic think it is? 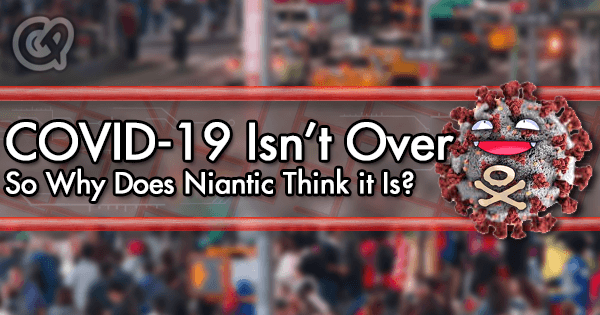 On August 5th, 2021, the hashtag #HearUsNiantic reached #2 trending on Twitter amidst rumblings of “Pokemon No Day” - a 1-day boycott which took off on social media and was sponsored by prominent Pokemon GO content creators. How did we get to this point, and where does the Pokemon GO community stand at present?

A Brief History of COVID-Related Bonuses in Pokemon GO

Before we start, we ought to cover a brief history of changes made to Pokémon GO to mitigate the impact of COVID-19 on the players. If you’ve been playing for the duration of the COVID-19 pandemic and are already familiar with all of this, feel free to skip down to the next section.

Niantic stated that these bonuses were guaranteed until at least June 2021. In June, Niantic announced that some of these bonuses would be rolled back and replaced in the United States and New Zealand. Specifically, the reduction of Incense effectiveness, a reduction in how often you would receive items from your buddies, and (most notably) the removal of doubled Gym and Pokéstop interaction distance. Niantic’s goal with these changes was to incentivize people to get back outside and play, probably feeling that it was once again safe to do so.

Players were not particularly happy about this, and asked Niantic to keep the in-game bonuses. However, Niantic gave no indication that they had considered the players’ feedback, and on August 1st, 2021, the rollback of COVID-19 bonuses went forth as planned. This frustration with the poorly-timed removal of bonuses and the lack of communication from Niantic led to the #HearUsNiantic Twitter hashtag, where Pokemon GO content creators collaborated on an open letter that asked for 80 m interaction distance to be reinstated, explained the benefits thereof, and requested acknowledgement from Niantic. You can read the letter in tweets such as GoStadium’s below:

Dear @NianticLabs & @Pokemon the extended radius for spinning Stops & Gyms allowed for not only safety during COVID-19 (which is still here), but brought other positives with it. #HearUsNiantic and reconsider removing the stop distance change. pic.twitter.com/00VVATTwYX

Concurrently, the concept of “Pokemon No Day” gathered steam across social media sites like Twitter and Reddit, later magnified by prominent Pokemon GO content creators and gaming news outlets. “Pokemon No Day” was the threat of a 1-day boycott, exhorting players to shut off the game for a day to protest these rollbacks by attempting to make an impact on Niantic’s metrics. While I am pessimistic about the efficacy of this protest, my specific impression of it is outside of the scope of this article and will not be elaborated further.

Niantic’s response was not very inspiring. You can read Niantic’s full response to the topic, linked below. I promise that I’m not intentionally omitting anything, but you’re more than welcome to read their message and arrive at your own interpretation. I primarily want to focus on one section:

However, we have heard your input loud and clear and so to address the concerns you have raised, we are taking the following actions: We are assembling an internal cross-functional team to develop proposals designed to preserve our mission of inspiring people to explore the world together, while also addressing specific concerns that have been raised regarding interaction distance. We will share the findings of this task force by the next in game season change (September 1). As part of this process, we will also be reaching out to community leaders in the coming days to join us in this dialogue.

We completely understand that, as a large corporation, Niantic would elect to choose their words carefully and offer the bare minimum commitment. Despite that, their response expresses little with many words, and in a way it is almost insulting to the players behind #HearUsNiantic. It was intentionally kept as obscure as possible, as it was not shared to any of their social media accounts, nor was it posted to the pokemongolive.com website, which is where Niantic reports Pokemon GO related news. It did not commit to any action, designating instead an arbitrary date of September 1st on which the community should expect any verdict.

If 5 years of Pokemon GO has shown anything, it is that lack of transparency and dragging feet is Niantic’s modus operandi - whether it be withholding reward rates for Pokemon GO’s various lootbox-like mechanics, throwing their community manager to the angry mob every time a controversial measure is introduced into the game, or the persistence of numerous game-breaking bugs in all domains, from PvE raid battles to the PvP arena of Go Battle League. Most recently is the debacle around Niantic’s stealthy attempt to cut gameplay rewards in Go Battle League, a change that was only reverted after much community outrage. The culprit, according to Niantic? A programming bug. I am not sure what is worse: that a bug this significant (among many others in the game) snuck past QA, or that Niantic couldn’t bother to hold themselves accountable by blaming a bad decision on a programming bug.

COVID-19 Isn't Over. So Why Does Niantic Think It Is?

If the stated purpose of the in-game COVID-19 bonuses was to protect the health and safety of their players, one only needs to glance at the state of the COVID-19 pandemic in August 2021. The United States and many other countries around the world are in the throes of yet another surge, driven by the delta variant - a COVID-19 variant more contagious, inflicting greater morbidity, and responsible for more breakthrough cases in vaccinated individuals than any other variant of COVID-19 to date. In the United States specifically, the number of new reported cases has doubled over the last 2 weeks, with the most heavily afflicted states posting new infection and hospitalization records on a daily basis and scrambling for intensive care beds. Relative to the rest of the world, the USA is blessed with ample vaccine availability. Looking beyond our own backyards, COVID-19 is surging almost everywhere - from Asia to Africa to Europe. Just about every nation in which people play Pokemon GO is also playing with the delta variant of COVID-19.

So why is Niantic waiting until September 1st to decide on whether to preserve the in-game pandemic bonuses? COVID-19 isn’t waiting. It’s here, right now. By the time that September 1st rolls around, the US will likely have peaked in this current surge. 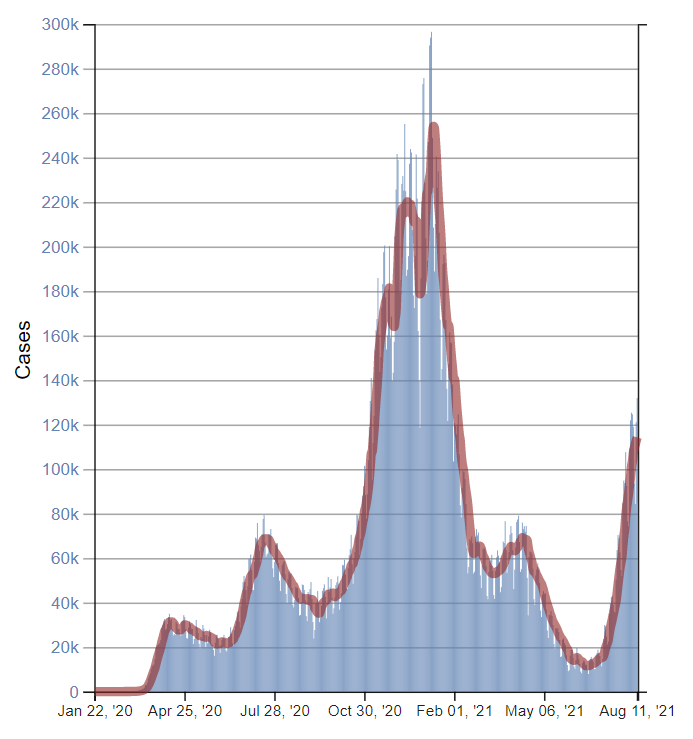 Reported  COVID-19 cases in the U.S. since January 2020. Chart courtesy of the Center for Disease Control.

Furthermore, why haven’t the in-game pandemic bonuses been reinstated in the interim period between now and September 1st? How is this not the more obvious approach in the midst of a raging plague?

Please don’t tell us that you need an “internal cross-functional team” to tell you what exists right before our eyes - unless you mean to suggest that player safety isn’t your priority, or that these in-game changes were never meant to improve player safety in the first place. Come September 1st, if you tell us that, after a lot of thought, deliberation, and inaction, nothing further needs to be done, please explain to the players how, in your expert opinions, COVID-19 is over. We’d love to know. 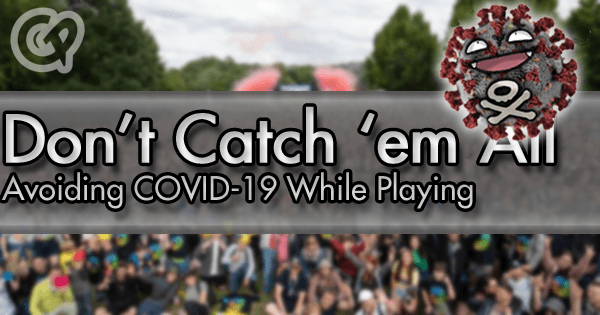